The history of Burns, ‘Auld Lang Syne’ and New Year

In this article, we look at the international spread of Robert Burns's 'Auld Lang Syne' and how it came to be associated with New Year. 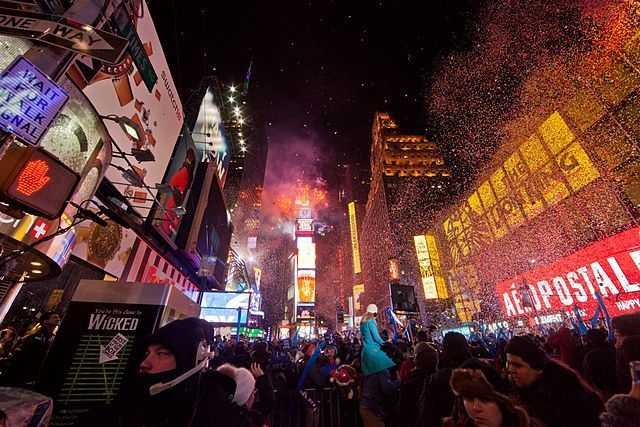 Robert Burns has had a powerful effect on the modern cultural calendar of Scotland. His poem ‘Halloween’ celebrates the popular late October festival and, of course, ‘Burns Night’ is his very own commemoration.

Similarly, the idea of ‘haggis’ (see Burns’s ‘To a Haggis’) and whisky (see Burns’s ‘Scotch Drink’) as the national food and drink owes a large debt to the poet’s inscription of these things in the world’s consciousness of Scotland. Another worldwide impact alongside the celebration of 25th January is Burns’s influence on ‘Hogmanay’ or New Year.

(‘Hogmanay’ is a Scots word, the etymology of which is impossibly obscure and contested.) This happens principally through one text in particular, ‘Auld Lang Syne’.

‘Auld Lang Syne’ has been featured in many films and TV shows, including Wee Willy Winkie (1937), where Shirley Temple sings the song to ease the anguish of a dying soldier.

It is also used to good effect in numerous celluloid moments from It’s A Wonderful Life (1946) to Sex and the City (2008). There is a particularly memorable discussion about the meaning of the lyric between the central characters in When Harry Met Sally (1989).

Such widespread interest in the song has largely been driven by its association with the festive period.

Historically, two countries have used the tune most commonly associated with ‘Auld Lang Syne’ for their national anthem: the Maldives and, from 1901 until the middle of the last century, Korea.

A version of the tune with new lyrics related to graduation, ‘Hotaru no Hikari’, has been sung in Japan since the late nineteenth century and is used also in some Japanese stores to signal closing-time. The song was also frequently played by regimental bands of the Union army in the time of the American Civil War during the 1860s. Apparently, with its associations of parting and absence from home, its tugging on the heartstrings was thought to be bad for morale and it was consequently banned.

However, on accepting the surrender terms of the Confederacy in 1865, General Ulysses S. Grant of the victorious union side apparently ordered the tune to be played as a concession to his troops. Again in the theatre of war, during the famous World War I Christmas truce of 1914, British and German soldiers joined together to sing the song (among several others).

Burns’s song was transmitted across the generations and is now claimed by communities far broader than expatriate Scots around the world. However, we can trace its modern worldwide usage (as the most frequently performed song after ‘Happy Birthday’) to a Canadian dance band, the Guy Lombardo Band, that became a feature of New York’s 1st January celebrations from 1929 at the Roosevelt Hotel in the city.

Over the next thirty years, the band’s choice of ‘Auld Lang Syne’ as a signature part of its Hogmanay repertoire made the song a worldwide phenomenon, and a recording of the Lombardo version is still heard today in Times Square, New York, as the New Year is brought in. 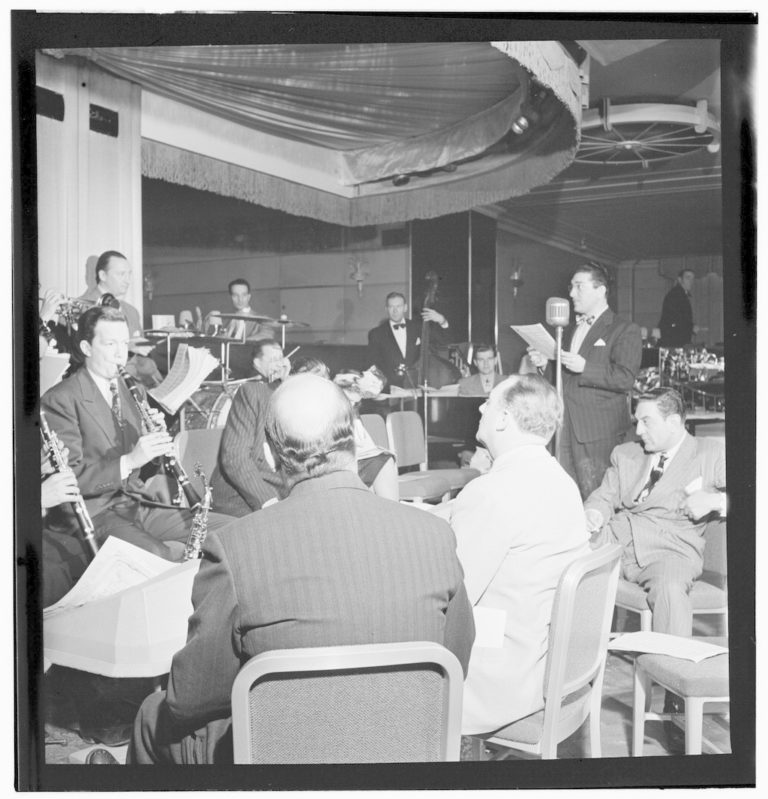 Guy Lombardo. By The Library of Congress [Public domain or No restrictions], via Wikimedia Commons

Is all this remarkable currency of ‘Auld Lang Syne’ historical accident or a testament to the artistry of Burns (and perhaps also George Thomson, who promotes the tune that most counts across the globe)? Can you think of an anthem better suited to celebrating a new year?

If you’d like to learn more about Robert Burns’ legacy, check out the full online course from The University of Glasgow, below.