Robots are able to sense and interact with the environment through a wide range of components.

So that a robot can make decisions and perform actions, it uses a processor to receive information from and send signals back to the other components.

Raspberry Pi computers are wonderfully diverse in what they can do. Among the many applications they can be used for, robotics is one of the most exciting and powerful.

Each model of the Raspberry Pi has a set of General-Purpose Input/Output (GPIO) pins along the top edge of the board. These can be used for connecting and communicating with all manner of electronic components, acting as a physical interface between the Raspberry Pi and the outside world. Using the pins, you can program the Raspberry Pi to switch components on and off (output), or receive data from sensors and switches (input).

Most models of the Raspberry Pi have a 40-pin header, as shown in the image above. Of the 40 pins, 26 are GPIO pins and the others are power or ground pins (plus two ID EEPROM pins, which you should not play with unless you know your stuff!). Any of the GPIO pins can be designated (in software) as an input or output pin and used for a wide range of purposes; whether it is turning on an LED, driving a motor, or sending data to another device, the possibilities are almost endless.

Early models of the Raspberry Pi A and B have a shorter header with 26 pins, as shown below. 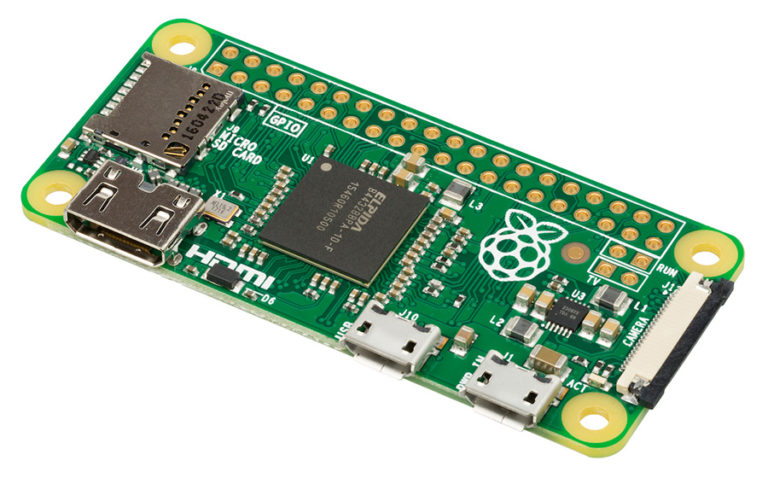 Although it is possible to create a robot buggy with most models of Raspberry Pi, I recommend using a Raspberry Pi 3B, 3B+, or 4. These models allow you to program the Raspberry Pi easily and connect it to another computer or even a smartphone by using the inbuilt WiFi or Bluetooth, rather than needing to plug the Pi physically into a screen or a keyboard and mouse. 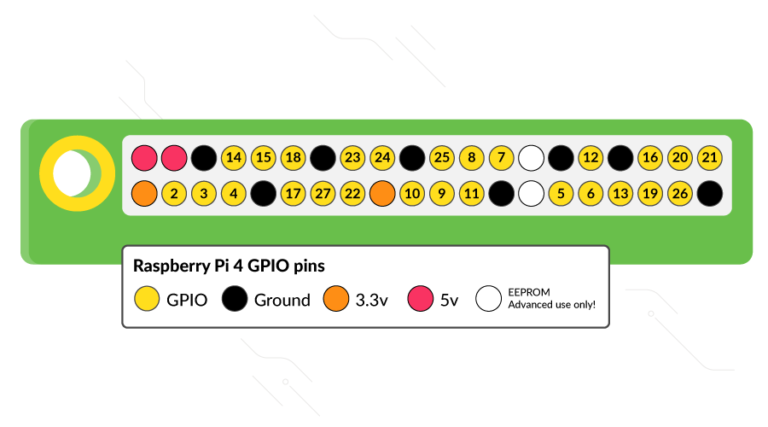 The numbering of the GPIO pins is not in numerical order, instead relating to the numbering on the CPU of the Raspberry Pi, so there is no easy way to remember them. However, you can use a reference board that fits over the pins, a printed reference (like the image above), or a website guide to the GPIO pins to help you.

The voltage of a pin is labelled on the reference guide. There are two 5V pins and two 3V3 pins, as well as a number of ground pins (0V), which are unconfigurable. The remaining pins are all general-purpose 3V3 pins, meaning that the outputs are set to 3.3 volts and the inputs are tolerant of 3.3 volts.

A GPIO pin that is designated as an input will allow a signal to be received by the Raspberry Pi. The threshold between a high and a low signal is around 1.8V. A voltage between 1.8V and 3.3V will be read by the Raspberry Pi as high; anything lower than 1.8V will be read as low. Do not allow an input voltage above 3.3V, or else you will fry your Pi!

A word of caution

While connecting most components to the GPIO pins is perfectly safe, it’s important to be careful how you wire things up, or you could damage the Raspberry Pi or the components.

A few pieces of general advice:

In the next step, you will look at how to connect the motors to the motor controller board.