Music in Ancient Rome (with audio)

What music may have been listened to in ancient Rome? In this article, James LLoyd explains more and plays a musical instrument called the aulos pipes 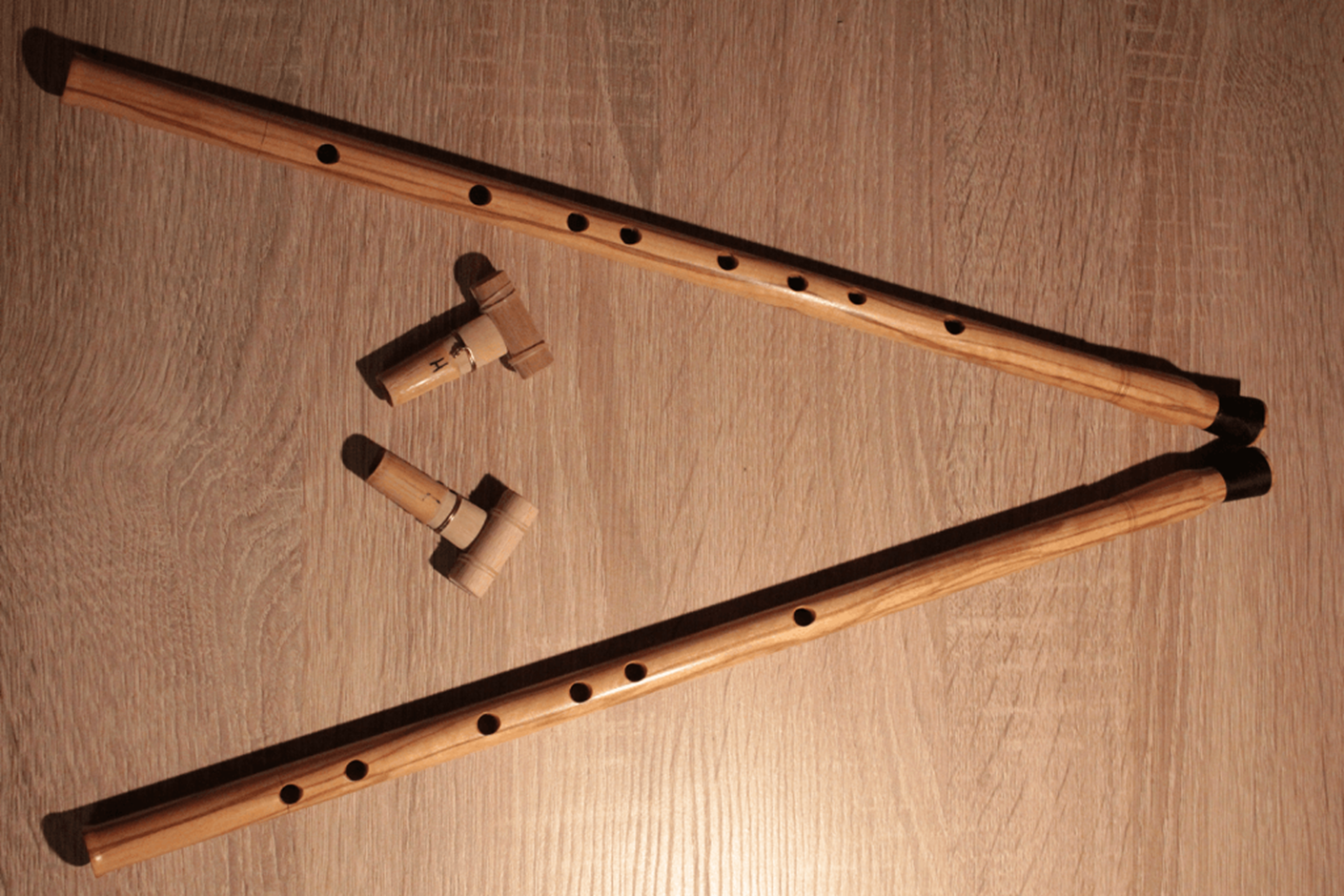 Rome’s hills were alive with the sound of music, and it played an important part in worshipping the gods. In temples and ceremonies and also in the city’s theatres, streets, and humble homes, music was inescapable. This article and performances by James Lloyd, a PhD Classics student at the University of Reading, conjures up the sounds of Ancient Rome.

At a fictional dinner party set in 3rd century CE Rome, we hear that the guests were interrupted by “…an extremely pleasant and enjoyable sound produced by a hydraulic organ coming from one of the neighbouring houses…” (Athenaeus, Deipnosophistae 174b). Centuries before the idea of recorded music had even been dreamt of, its easy to forget just how important music was to the lives of Rome’s inhabitants, but music (literally ‘of the Muses’), was seen as something inspired by the gods and was performed not just for mortal enjoyment, but in worship to the Roman pantheon too.

These audio tracks hope to give a hint of some of the sounds that might have been heard in Rome. Tracks 2,4,5,7 are recordings of improvisations on an aulos (Greek)/ tibia (Latin), with Tracks 1,3,6 providing introductions. The tibia was played by blowing two separate pipes, each with a double reed, at the same time. The ones that I play are replicas of a pair of auloi in the Louvre Museum, Paris, and were made by Thomas Rezanka based on Dr. Stefan Hagel’s plans, with reeds made by Callum Armstrong.

The Louvre auloi were found in Egypt and probably date to around the 4th century BCE. Despite predating 3rd century CE Rome by quite some way, they are actually not too dissimilar to more contemporary examples. However, the Louvre auloi have no key-work, and so can’t modulate between different scales while playing, unlike later, more intricately fashioned instruments which could, such as those found in Pompeii and Herculaneum (to change the playable notes on the Louvre auloi you need to stop-up certain holes; I do this with beeswax mixed with orange oil).

There were a number of different musical instruments that would have been played in ancient Rome, either solo, in groups, or to accompany dancers or singers. In addition to the tibia there were pan-pipes, brass instruments, and many other more exotic types, such as the neighbour’s water-organ. Two of the most popular string instruments were the lyra, which was made with a tortoise-shell sound box, and the cithara, a much larger lyre-type instrument made of wood with a bigger sound box (this made it popular among professional musicians, who benefited from its louder sound).

Track 7 – playing on the monaulos

One such professional was Mesomedes, the court composer to Roman emperor Hadrian. Mesomedes, who was originally from Crete, was particularly famous for his citharodic music (songs accompanied by the cithara). Four of his songs have even survived with their original musical notation intact; the Invocation of the Muse (track 9); Invocation of Calliope and Apollo; Hymn to the Sun; and Hymn to Nemesis.

Track 8 – introduction to the songs of Mesomedes

Track 9 – Mesomedes’ Invocation of the Muse

While we can learn about the music of ancient Rome by studying the musical instruments which have survived, we can also learn about their music from the surviving passages of ancient Greek musical notation that exist. What is strange is that there is no example of Latin musical notation, only Greek, so while Mesomedes was court composer to a Roman emperor, his surviving songs are all written in Greek (in many ways the lingua franca of the day). There are a number of musical texts in addition to Mesomedes’ which have been found throughout the Roman empire.

Arguably the most famous piece of ancient Roman music is the Seikilos song (track 10), which was found inscribed on a funeral epitaph in Turkey, dating to around the 1st century CE. This makes it the earliest complete piece of music in the world (though there are older examples, they are incomplete).

The Classics Department at the University of Reading has been connected with the study of ancient music since Dr. John Landels’ interest in the subject, and his book Music in Ancient Greece and Rome is a good introduction to the topic. We are also very fortunate to have (one half of) an ancient aulos in the department’s Ure Museum of Greek Archaeology, well worth taking a look at if you are ever in the area.

If you would like to learn more about music in ancient Greece and Rome I can whole heartily recommend, in addition to Landel’s book:

• British Museum, Room 69, Greek and Roman Life, has a number of wonderful instruments and representations of musicians on display

• MOISA: The International Society for the Study of Greek and Roman Music and its Cultural Heritage

• The Workshop of Dionysus, a blog headed-up by Barnaby Brown which tracks the trials and tribulations of a number of modern-day musicians rediscovering the aulos.