Elizabeth I was thought to have a sweet tooth and love elaborate dishes made with sugar. Learn more about one of her favourite ingredients. 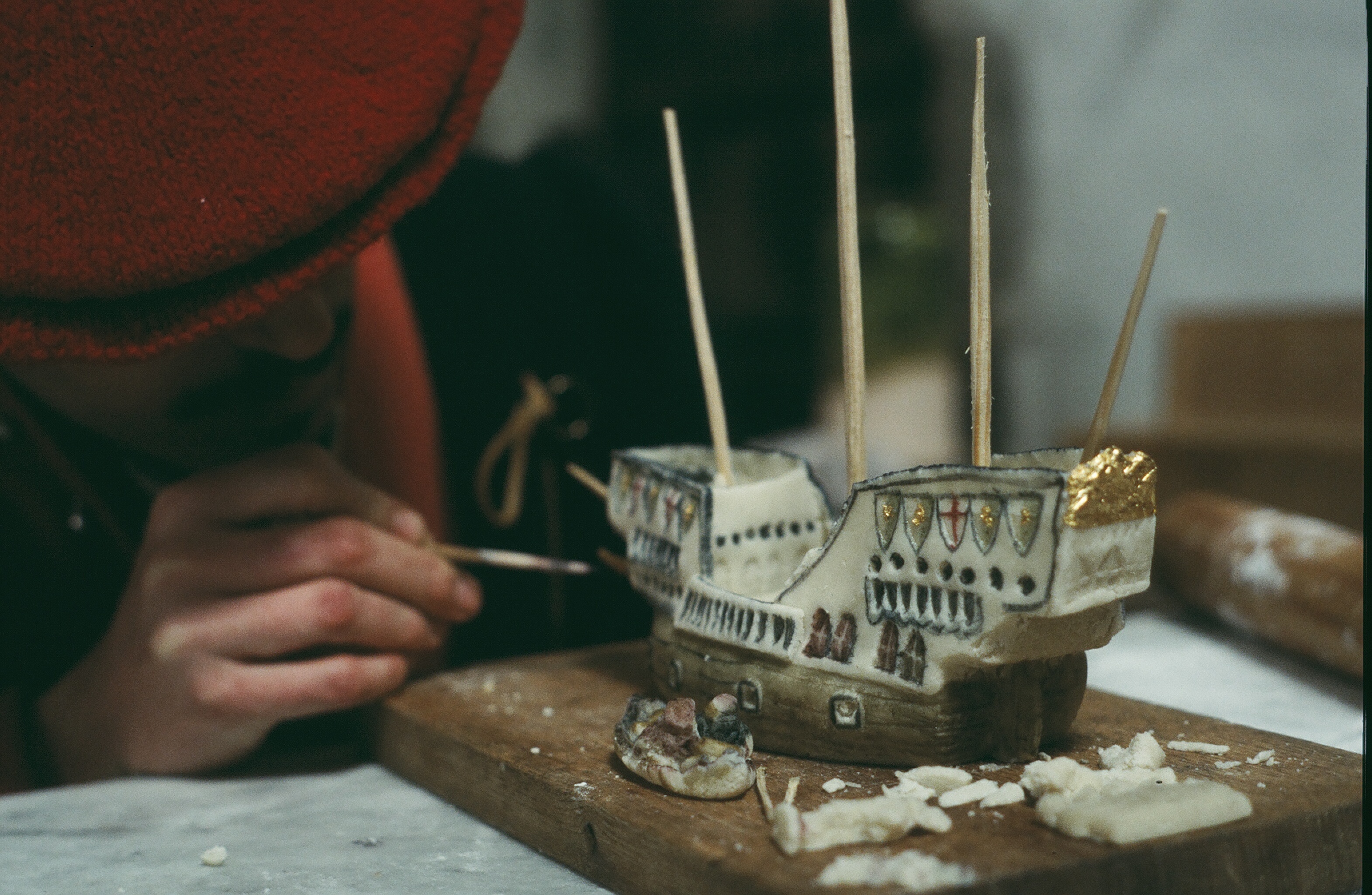 As a queen, Elizabeth had access to some of the most luxurious foods that were on offer. Her food reflected the wealth and power of England and was an important status symbol. This article looks more closely at one of these foods in particular: sugar, which was thought to have been one of Elizabeth’s favourite ingredients. The more exotic or elaborate the dish, the more expensive the ingredients and the more arduous the labour involved in preparation, the greater the statement of wealth and power. Much of what was on offer in the Elizabethan court differed very little to the foods served in previous centuries but, as we have seen, the one major change was the access to New World foods. Perhaps the item that gained popularity most rapidly was sugar and Elizabeth herself was thought to have had a sweet-tooth. Sugar had been used within her father Henry’s kitchens, but the expansion of the world allowed this precious ingredient to be more readily accessible.Sugar was a high-status ingredient; it was more expensive than honey (which had long been used as a natural sweetener) because of the requirement for it to be imported. Sugar grows as a cane but would be imported in a ‘loaf’ form. The highest grade of these sugars were the fine, white sugars which could easily be melted into a liquid and came from Madeira; next came Barbary or Canary sugar; and finally a coarser brown sugar which required less rendering down but was, as a result, more difficult to work with. However, even this coarse sugar was expensive; this was not an ingredient which all in Elizabethan England would have had access to.

At court, sugar was used in elaborate dishes. Sweets, made from mouldable sugar-paste (a mix of egg, sugar and gelatine), could be produced to look like savoury foods such as bacon, walnuts and eggs. ‘Leach’ (or leech) was another popular dish; it was made of milk, sugar and rosewater and served cut into cubes. However, possibly two of the most popular of these treats were marchpane and gingerbread. Marchpane, like modern marzipan, was made of almond and sugar paste, and could be moulded into a variety of shapes and elaborately decorated. Gingerbread, on the other hand, might seem less elaborate but it required ginger, another exotic ingredient, alongside a good amount of sugar.
Unsurprisingly, the eating of refined sugars, such as those produced from sugar cane rather than natural sugars (like honey or those found in fruits) caused an impact on Elizabethan teeth. Not only was sugar now being consumed in lavish desserts but, due to believed medicinal properties, it was even being used to clean teeth! Of course, rubbing sugar paste onto your teeth in the hope of cleaning them is only going to worsen any decay. Elizabeth I (and presumably a large percentage of her court) suffered for their love of sugar. In fact, we know that Elizabeth had to have a number of badly-decayed teeth removed at one stage. However, the Queen was so fearful of the pain that the Bishop of London volunteered to have one of his own teeth removed as an example!
Records from visitors to court also highlight how bad Elizabeth’s teeth became in her later life. In 1597 a French ambassador, André Hurault, commented that Elizabeth’s face was ‘very aged… long and thin, and her teeth are very yellow and unequal’. A year later a German traveller, Paul Hentzner, gave a very honest description of the aging Queen:

[Elizabeth I is] in the sixty-fifth year of her age… her face oblong, fair, but wrinkled; her eyes small, yet black and pleasant; her nose a little hooked; her lips narrow and her teeth black (a fault the English seem to suffer from because of their great use of sugar); she wore false hair, and that red … she had in her ears two pearls, with very rich drops. Her bosom was uncovered, as all English ladies have it, till they marry, and she had on a necklace of exceeding fine jewels.

Hentzner paints an impressive picture of the Queen in her later years, but it is impossible to overlook his comments about not only her teeth but those of ‘the English’ as a whole. It is just as well that we now know that, however tasty, we should enjoy sugar in moderation!If you would like to see some more Elizabethan sweets brought to life, previous learners shared these links to some recreations of Elizabethan tables:Elizabethan dessert banquet on Bompas&Parr website.

Hi there! We hope you're enjoying our article: Elizabeth’s sweet tooth
This article is part of our course: A History of Royal Food and Feasting