Global foods and the Great Exhibition

An article about the beginnings of the Great Exhibition. 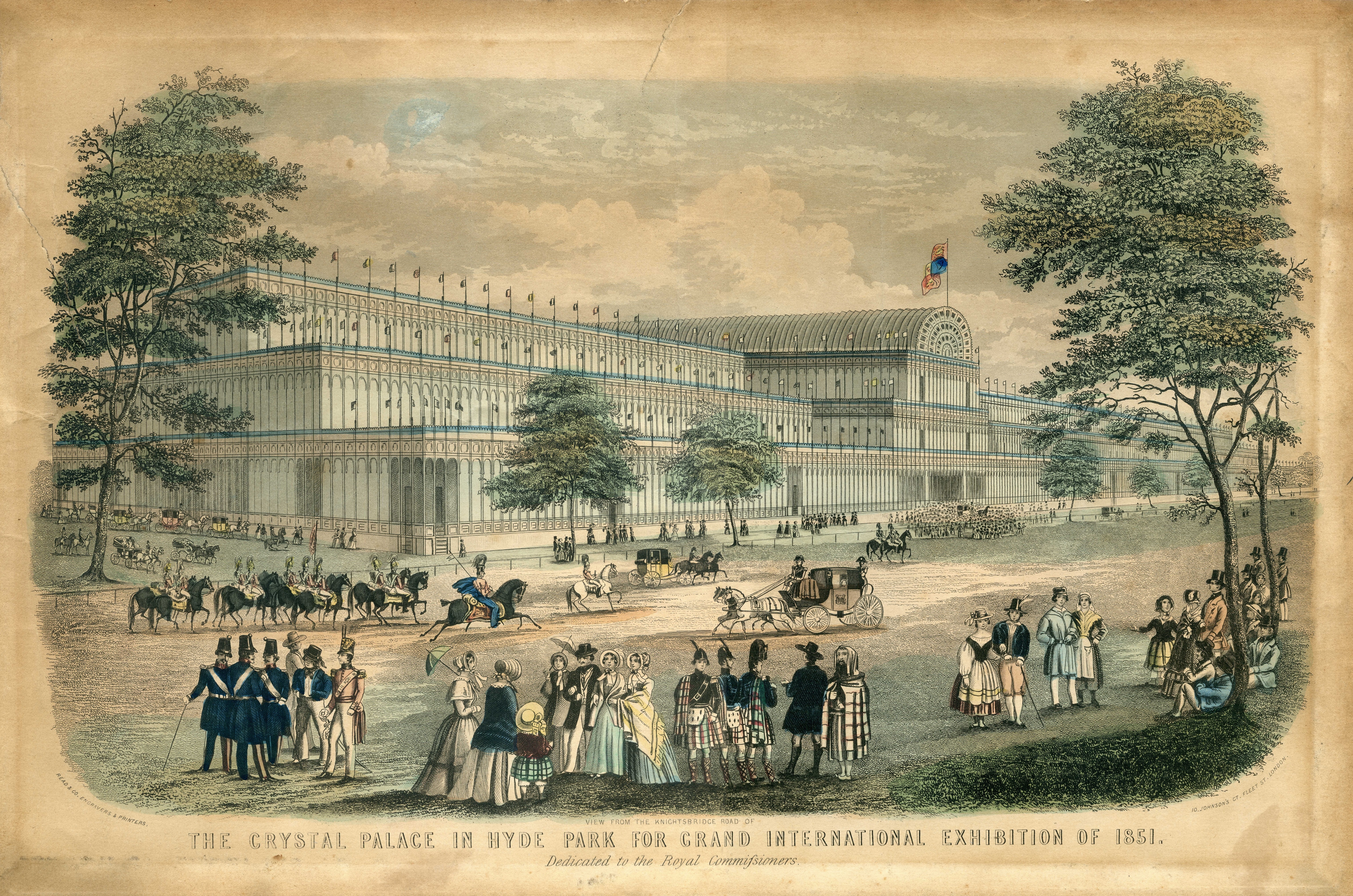 Britain had a strong multi-cultural side, even in the 19th century. As an island nation it traded across the globe, and port towns such as London, Bristol and Liverpool had especially significant communities from overseas. Although British classics such as pies, puddings, cakes and roast beef, were well-established, the upper classes ate French-influenced food, and the most sought-after cooks were French men. The royal family had a German heritage, and German dishes regularly appeared on their tables, but alongside these influences, the Victorian period saw a huge growth in imported foods, not just for the upper classes, but for everyone. In 1851 the Great Exhibition opened in London. Masterminded by Prince Albert and Henry Cole, it was an immediate success, despite the many who had prophesised doom, gloom and the opening up of free trade as a result. It was designed to showcase the best of every country’s manufacturing prowess, with the underlying view that the prosperity of nations was interlinked, and that they should work together, rather than compete. Queen Victoria was overjoyed when it opened, declaring that:

‘This day is one of the greatest and most glorious of our lives… It is a day which makes my heart swell with thankfulness.’

She visited regularly, mingling with the crowds, and enthusing about the exhibits. Over six million people saw the exhibition in the six months it was open, many taking advantage of 1 shilling ticket days, and coming in on foot, by coach, and by special excursion trains. The proceeds paid for land to be bought in South Kensington, where the V&A, Natural History, and Science Museums were later built, along with the Royal Albert Hall.
Visitors expected to be able to eat and drink, and the organisers were careful to provide refreshments for all budgets. They assumed – rightly – that restaurants would spring up around the exhibition to provide hot meals for anyone wanting a sit-down dinner or lunch, and concentrated on foods they could turnaround fast, which could be provided in large quantities at reasonable prices. They put the catering out to tender, stressing that they expected very high standards, both of service and in terms of value for money. Schweppes won the contract, supplying over 2 million Bath buns, 1.1 million bottles of carbonated water, and 1000 gallons of pickles via a central tea room. There were also two further food outlets mainly supplying bread, cheese and ginger beer, but no alcohol was allowed to be served. There were many complaints about the catering, and letters were published in the Morning Chronicle regarding the, ‘worst and smallest sandwiches I have ever tasted’, and ‘little, dry, sixpenny dollops of pork pie’. Many people brought picnics.
It was probably better to eat outside, for example at Alexis Soyer’s Symposium of All Nations. The Symposium was important in bringing together a sort of gastronomic version of the industrial Exhibition it neighboured. If you visited the Symposium, you would be wowed by the huge painted panorama on the stair, before facing down a table which seated up to 1500 people. You could visit the kitchens, and see the foods (including a huge ox) of multiple countries being cooked: Italian, French, and English, and there was also a Chinese room.
Elsewhere in London there were many curry houses, founded initially to cater for people returning from a career in India, and who found themselves missing the cuisine. Some brought their Indian cooks back with them, but others took advantage, either of curry houses – the first was the Hindoustan Eating House which opened in London in 1810, but before that there was at least one coffee house serving curry as early as 1773 – or of the commercially produced curry powder on sale by 1780. Queen Victoria, on whose tables curries appeared throughout her reign, employed Indian servants to wait on her from the 1870s. On at least one occasion one of them cooked her a curry of his own creation, which she greatly enjoyed.

Other foreign cuisines which were well represented in London included Italian, French, German and the Ashkenazi Jewish tradition, although this latter remained largely confined to London Jewish areas around Brick Lane and Whitechapel until the end of the century. Meanwhile, the Chinese community was flourishing, and the first Chinese restaurant aimed at Westerners opened in Soho in 1908. Inside the Exhibition, further evidence of the globalisation of food could be seen, with tinned and preserved goods from across the world. By the end of Victoria’s reign, imported tinned meats from Argentina and New Zealand were finally improving the diet of the urban poor, and the first shipment of frozen meat took place in 1880. Canned peaches were available from the 1860s, and canned pineapple followed, bringing a bit of exoticism within the reach of almost all. The world had finally opened up to the masses, a revolution which hugely impacted the way that we eat today. What other culinary gifts can we thank the Victorians for? Find out in the next Step.
© University of Reading and Historic Royal Palaces