How did the Tudors celebrate Christmas? Find out more in this article.
© University of Reading and Historic Royal Palaces
In many ways, Christmas reached its peak during the Tudor period. The whole country was thrown into a season of celebration for the full, Twelve Days of Christmas. In keeping with medieval traditions, the 24 December was when people gathered evergreens with which to decorate their homes before attending Mass early on Christmas Day morning, and then descending into festivities. Each of the next 12 days was named after a different saint, and several marked a significant festival, including Holy Innocents Day on the 28 December. On these occasions, many religious communities selected a ‘boy bishop’ or ‘girl abbess’ to preside over them for the day. Plays and other entertainments were put on, and the royal court had a tellingly-named, ‘Lord of Misrule’ appointed every year to oversee the merriment. Across the country there was a feeling of mild anarchy, and the normal social order was inverted – servants were elected to sit at the head of noble tables, and peasants dressed as kings to parade through the streets.

‘Every true Christen man sholde be mery, jocunde and glad’
(from the Paston Letters 1422-1509) 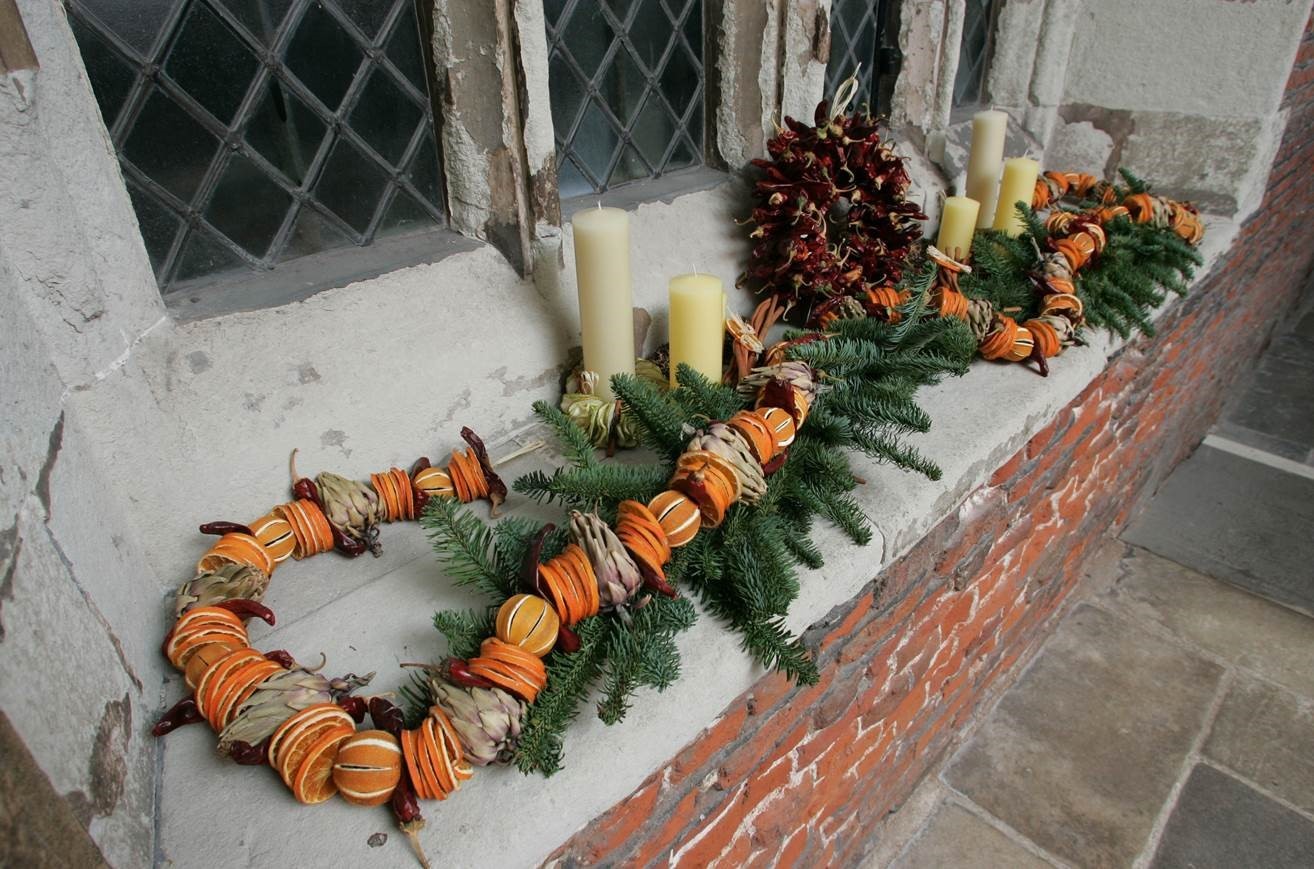 Henry VIII’s favourite Christmas pastime was dressing up – he particularly enjoyed jousting and playing Robin Hood. Presents were given at New Year, and Henry made gift-giving part of the public ritual of Christmas at court. The Twelfth Night signalled the end of merriment and a return to normality, and as such more presents were given on this date from the King to the Palace Chapel.
Christmas in Henrician England came at the end of a long and dreary Advent, one of the two key fast periods. No animal-derived products could be consumed, and the 24 days consisted of fish, almond milk and vegetables. The rich transformed their produce with spices, imported fruit and nuts and clever cooking. The poor lived on cured fish, including stockfish (unsalted fish dried in the air), which needed soaking and hammering over several days to tenderise it and make it edible. The poor Tudor’s staple diet contained very little meat anyway, and revolved around bread, pulses and vegetables – but they would have missed vital protein from milk, cheese and eggs during fast periods. It was little wonder that when the 24 December finally arrived, people were ready for a celebration.
There were very few foods specific to Christmas in the Tudor era. Certain dishes almost always appeared upon the table during the Twelve Days, many at the main feast on the 25 December, but they were generally the kind of foods that any lavish winter feast would feature. Farmed fowl was in season, at its best from September through to spring, so turkey (introduced from the Americas in the 1520s), goose, chicken, capon and swan (cygnets, fattened for the table) were popular. Game was also in season, and expensive, so in aristocratic households venison, peacock, heron, widgeon and teal (both types of duck), and a myriad of other game birds were consumed.
The boar’s head was one of the few dishes which was associated specifically with the Christmas season, and was served in very rich households (boar was extinct in England, but sporadic attempts were made to reintroduce it). Its popularity even spawned a carol:

‘The boar’s head in hand I bring, With garlands gay and birds singing’.
(lyrics from the Boar’s Head Carol. You can hear the full version on YouTube)

Pork products were a more general feature of Christmas, and richly decorated brawn and suckling pig were eaten by Henry and his courtiers throughout the season. Enormous pies, the staple of any feast, contained vast quantities of meat, and were sometimes called Christmas pies. Another contender for that name was the mince pie. During Tudor times, this was a large raised pie filled with ground meat, spices, and dried fruit (there were also fast day versions with fish instead of meat). Cakes were made, including the Twelfth Cake. Raised with yeast, it was more like a rich dense fruit bread rather than the slightly lighter cakes we associate with Christmas today. 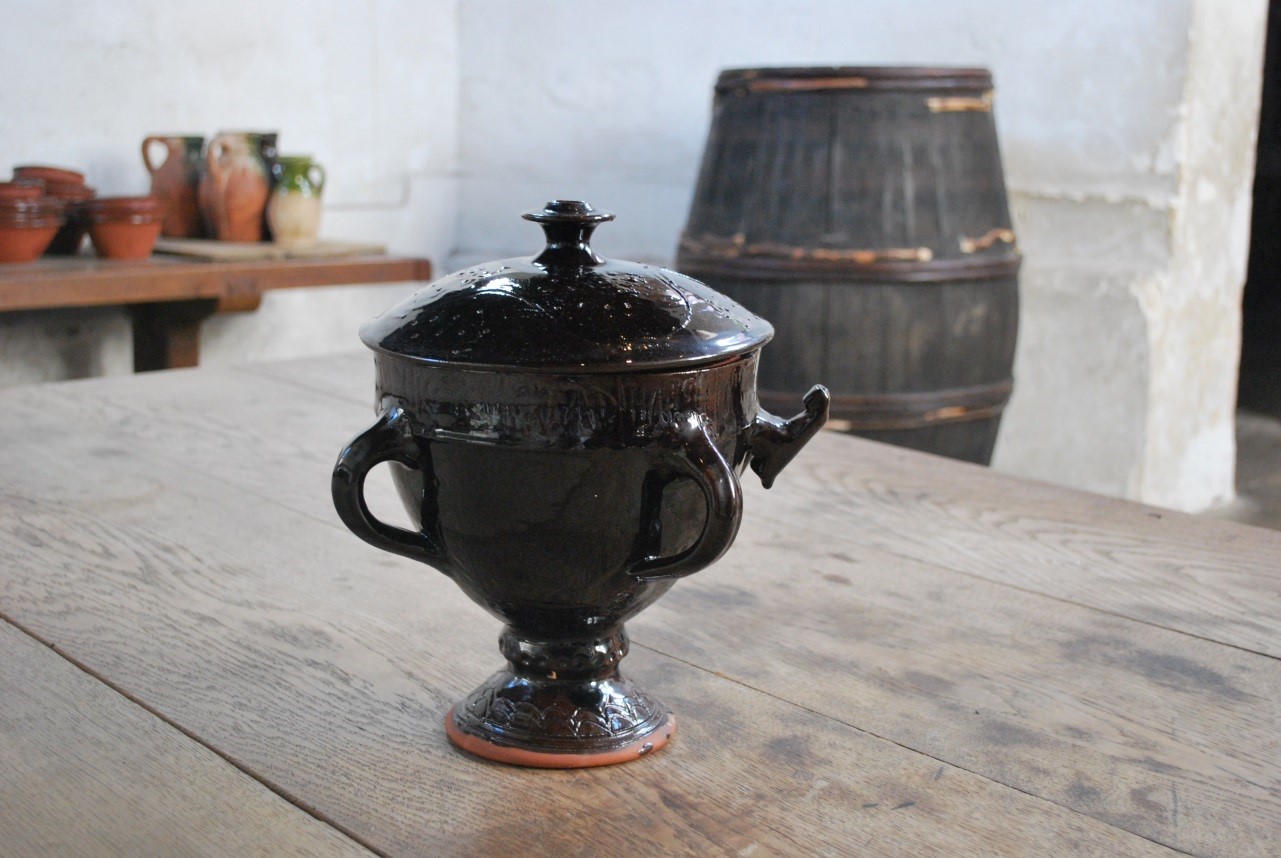 Figure 2: A wassail bowl, complete with its own whistle

A final festive feature, celebrated during the Tudor Christmas was the Wassail Cup (sometimes a Wassail cake instead). This was a richly ornamented cup which would be paraded through the great hall, and drunk from by all present as they took part in a call-and-response ritual – the drinker would shout ‘wassail’ and the collective response was ‘drink hail’. The drink in the Wassail bowls was often a warmed alcohol, such as mulled cider, sweetened and spiced. The bowl shown above even has its own whistle to alert the kitchen that more drink was needed. The words and ritual probably had Anglo-Saxon origins, and the custom was enacted in a number of different social situations. In some areas, this tradition was carried out in cider orchards to ensure a good harvest that year and continued until at least the 18th century.To help you get in the spirit of the Tudor Christmas, we’ve included a recipe for brawn, for you to try at home. If you decide to make this, we’d love to hear how you got on. Why not share a photo of your finished dish on the Padlet Wall and tell us how the finished dish tasted in the comment area?
© University of Reading and Historic Royal Palaces

Hi there! We hope you're enjoying our article: Christmas With Henry VIII
This article is part of our course: A History of Royal Food and Feasting