How to take good forensic notes 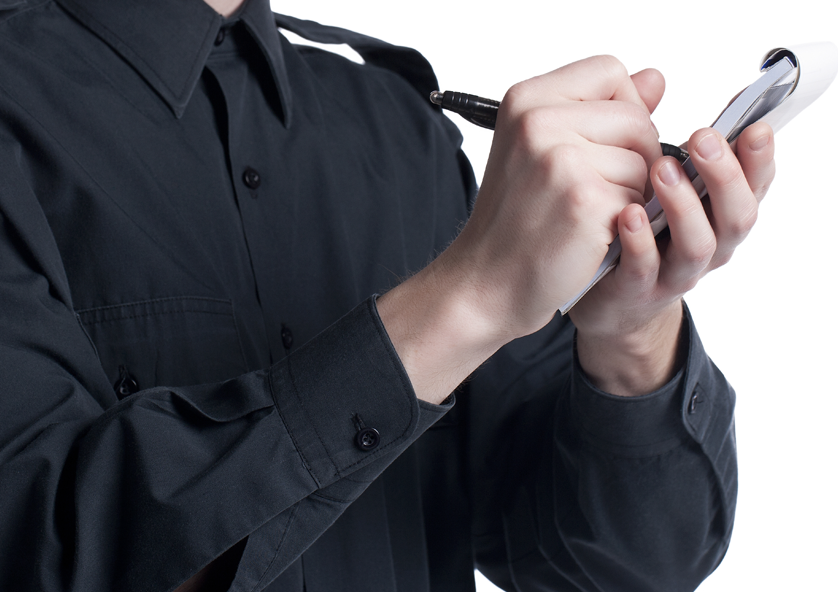 As a forensic scientist, you must make clear, accurate and detailed notes as you may need to refer to them to construct a witness statement or when giving evidence in court. The original notes must be used in court and the defence can request access to your notebook before and during the trial. These notes must be contemporaneous; made at the time of the event or as soon as it is possible to do so after. If there is a significant delay that cannot be accounted for, then the notes cannot be used.

Information that should be included:

NOTE: if you are using a standard operating procedure (SOP), then you do not need to document all the steps undertaken within that document, you just need to add any areas that deviate, ie if it states to incubate a sample at 30°C for five minutes and the temperature is instead 32°C, then this needs to be stated.

You may also want to consider constructing diagrams as they are useful for refreshing your memory, ie layout of a room or of a piece of clothing that you are examining, highlighting the useful information.

The No ELBOWS rule was initially designed for police officers writing in their pocket notebook, but they are good rules to adhere to:

When making contemporaneous notes, only pen should be used and preferably black ink as this is less likely to fade over time and is legible when photocopied. Pen is used to ensure that no erasures can be made; even sketches and diagrams should be drawn in pen. Mistakes should be ruled through with a single line, then initialed and dated. If there are any blank space or at the end of an entry, this space must be ruled through, signed and dated. 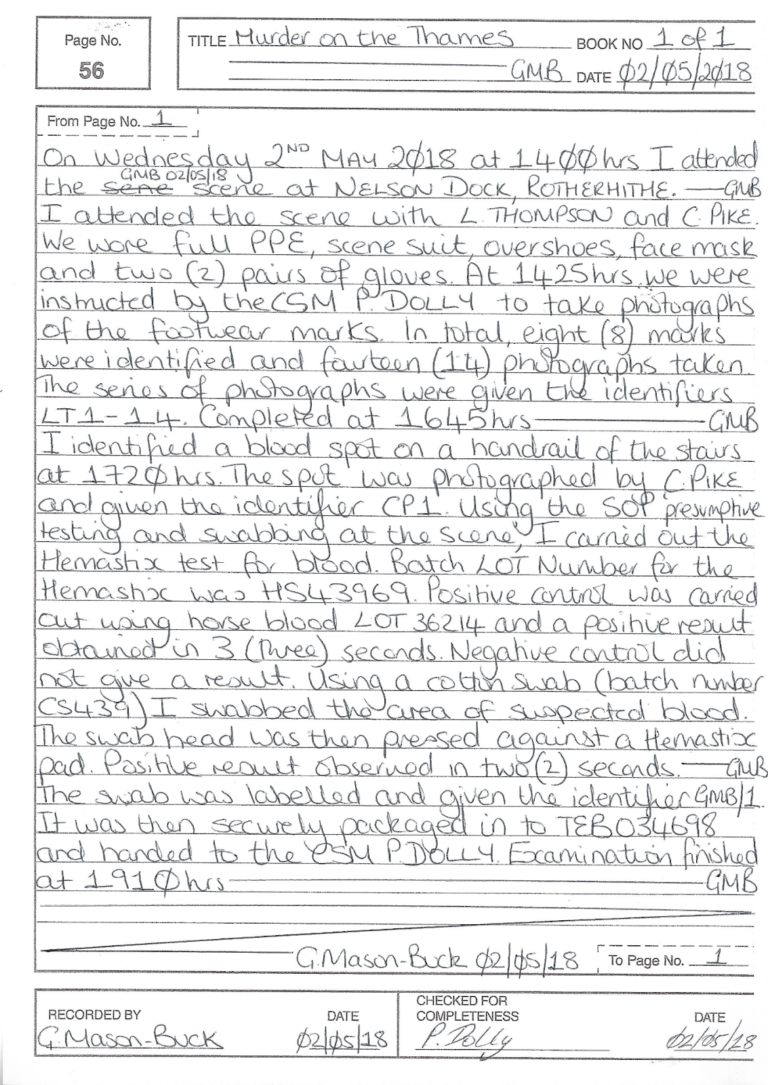 At 14:25hrs we were instructed by the CSM P. Dolly to take photographs of the footwear marks. In total eight (8) marks were identified and fourteen (14) photographs taken. The series of photographs were given the identifiers LT1-14. Completed at 16:45 hours – GMB.

The swab was labelled and given the identifier GMB/1. It was then securely packaged in to TEB034698 and handed to the CSM P. Dolly. Examination finished at 19:10hours – GMB.

From the information you’ve obtained so far, what should you document in your notes?