How photographs are taken at the scene and sketches of the scene are made
© Andrew Mason via Wikimedia Commons; Buck et al (2013). Accident or homicide–virtual crime scene reconstruction using 3D methods. Forensic science international, 225(1-3), 75-84.

One of the first steps in processing any crime scene is to create an extensive record of the scene and the evidence present. This record gives investigators (and later the courts) an accurate picture of what a crime scene looked like when it was discovered. Documenting a scene is usually achieved through taking photographs/videos and making precise measurements of the scene itself. Whilst the general process of documentation will be similar for each crime scene, the level of detail in which a scene is recorded will usually be dependent on the severity of the offence. 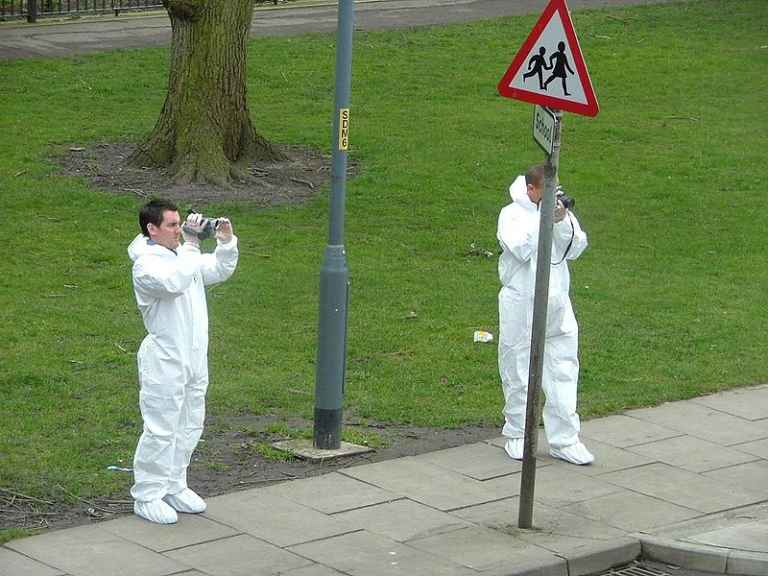 To fully document a scene, scenes of crime officers (SOCOs) must take photographs that show the environment of a scene, the overall appearance of the scene and close-ups of individual items of evidence:

Traditionally, the dimensions and locations of objects within a scene were documented through sketches, hand drawn by SOCOs. However, in recent years, these sketches have been replaced by computer generated 3D models of the crime scene based on measurements taken by advanced surveying equipment. These models are extremely useful when presenting evidence in court as they allow users to take an active tour of the crime scene. 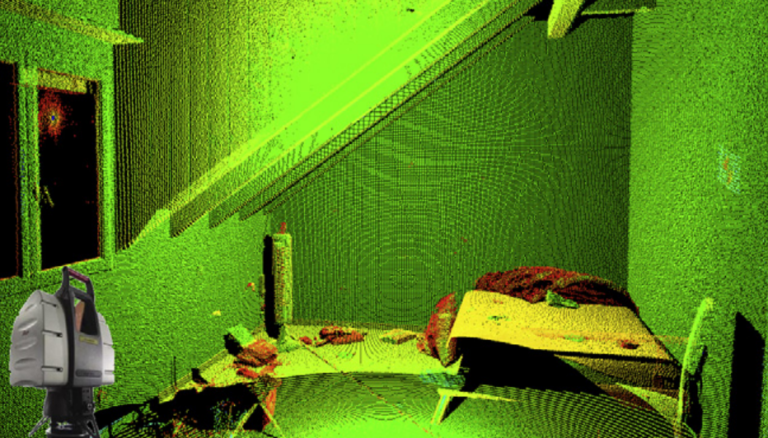 How do you think the increasing use of virtual reality devices in society will affect how crime scenes are recorded and examined in the future?