Find out more
Home / Creative Arts & Media / Writing / An Introduction to Screenwriting / What do we mean by cinematic story and form?

What do we mean by cinematic story and cinematic form? In this article, Michael Lengsfield discusses screen stories. 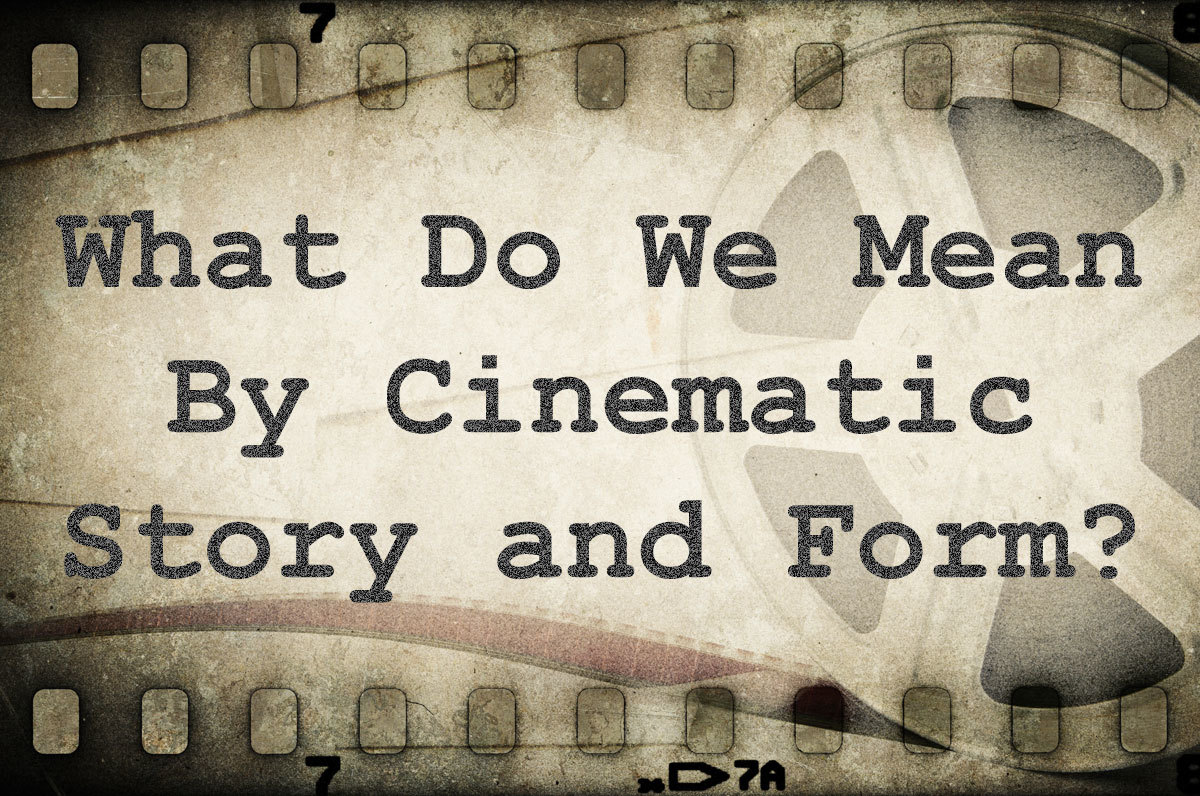 Anyone who’s been to the pictures will have a perfectly good notion of how screen stories operate. For example, most of us are pretty clear that we like particular movie genres: we might like RomComs and hate SciFi, or vice versa. And we know that movies from these genres produce a certain response in us: Comedies, make us laugh; Horror movies will scare us, and so on. So we may not think about it, but we see most movies with a pretty good idea of what to expect from the story.

But other, more general, aspects of the movies are so ingrained in us that we may remain unaware of them. We instinctively know the pace and rhythm of movies; we know the common qualities, sometimes called conventions, of our favourite genres; and we know that the story’s primary ‘question’ – the “what’s this about” – will be resolved before the movie can end.

And we unconsciously know that other aspects of the movies will usually happen, but not always. For example, we know that the hero will be tested before he or she earns their happy ending; that our major characters will usually change or develop over the course of the film; and that love always seems to win out.

It’s the screenwriter’s job to craft a story that responds to this mix of familiar conventions and audience expectations – and find a way to make it feel fresh and original.

First, screenwriting is a dramatic form, which means that we’re creating a script for actors to perform in front of the cameras. So, a screenplay is often similar to the script for a stage play. It’s constructed with “Dramatic Action”, a term that refers to character movement with consequence. It builds the story on a certain sort of causality. E.M. Forster once remarked that, “The king died and then the queen died is a story. The king died, and then the queen died of grief is a plot.” i Most movies are built around a plot.

And, the story is constructed to take advantage of the considerable power of cinema. The visual experience happens to us. It can be grand, perhaps in the films of David Lean; overwhelming in the sci-fi worlds of Ridley Scott; or evocative, as in the films of Lynne Ramsay or Andrea Arnold. Colm Toibin, whose novel Brooklyn was recently adapted into a film, remarked that Saoirse Ronan’s character Eilis was able to convey fifty pages of character development in a single look. It was Nick Hornby’s screenplay that set up that ‘look’.

A movie story is told ‘in the cut’, or in the editing process. The film will be composed of many short fragments of action that come together. The screenwriter uses this fragmentary process to shape the rhythm and pace of the story.

And the movies are able to ‘multi-track’, telling its story in many ways. For example, we will see the action, but we can also hear speech in the story world and hear it as voice over.

All in all, it’s a very powerful medium. But it does have limitations, too. It’s an external form, so we see what characters say and do, but we aren’t privy to their thoughts and feelings, as you might be in a novel. It’s up to the screenwriter to create action that implies the character’s inner life, to make that inner life accessible to us.

And in most cases, it all hinges on the characters: movies work when the characters are compelling. In most cases, we, as audience, will empathise with a character so deeply that we become immersed in the action. It needn’t even be a sympathetic character, such is the power of this immersion, as we will gladly empathise with a sociopath and murderer, as in The Talented Mr Ripley. The story is capable of pitting our hearts against our minds, with our hearts usually winning.

The problem for us, as writers, comes in finding and developing the stories.

David Mamet, the playwright and filmmaker, once remarked that, “Stories happen because somebody wants something and has trouble getting it.” Let’s take a quick look at this simple format:

Put these three elements together, and you have the makings of a basic storyline. We often use this approach to create a movie logline, or one-sentence synopsis.

To this I want to add one more question: What’s great about it? What’s exciting about this? That’s the key. Why is this material compelling? To You.

I think that makes a good place to start.