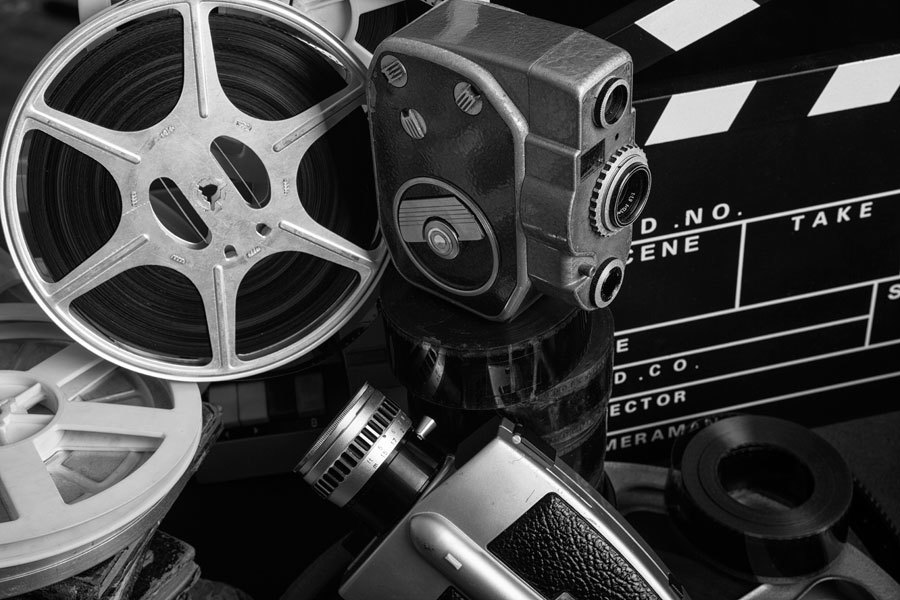 This article will focus on the format that’s most commonly seen in contemporary movies, the causal, character-driven “Three Act Structure”. While modern films don’t have intervals or ‘real’ acts, the model refers to a particular way of organising a story’s Beginning, Middle and End.

George Abbott, the theatre and film director-producer, reduced the structure to this: “In the first act, your hero gets stuck in a tree. In the second act, you throw stones at him. In the third act, you get him out of the tree.” Most film stories still work the same way: Somebody – our Hero – Wants Something – to get out of the tree – And Has Trouble Getting It – but people are throwing rocks at him…

The first act usually lasts twenty to thirty minutes and has the task of setting up the story. It’s all about our ‘Somebody’ and the ‘Wants Something’. The act introduces most of the basic story elements – setting, period, genre, characters, themes, conflicts – and more important, it introduces us to the protagonist, or lead character. In most cases, we’ll meet this person in his or her own world, only to soon see them jolted into action. It may be the opportunity of a lifetime – to climb a mountain, woo the person of his/her dreams, start a social network – or it may be a dilemma – escape an advancing army, reverse failing A-levels, or tend a dying spouse. This choice will send the character in pursuit of a clearly identified goal that will ask the ‘story question’ – the “What’s this about?” – that defines the story and drives the rest of the action.

The second act usually lasts for half of the movie, up to an hour, and it’s all about the ‘Has Trouble Getting It’. We follow the protagonist in pursuit of the goal, only to see them thwarted by obstacles at every turn. The effort to overcome these challenges and setbacks will force the character into new situations, ask important questions and forge new relationships. It usually ends with the failure of the original plan of action, and often leaves the character lower than at the start of the story.

The third act takes the movie’s final half hour to resolve the story. In most cases, the character has learned from the struggles in the second act, so a changed person will gather their strength for a final confrontation that will answer the story questions and bring the story to a close. It may be a battle with a dragon or a race to stop a wedding. Either way, it will force a conclusion and establish a new, if only temporary, balance in this story world.

This approach hasn’t changed greatly from that of Aristotle’s Poetics, written close to 2,500 years ago.

The Three Act Structure will be the ‘scaffolding’ that John Irving mentions, but the story’s dimensionality will flow from the character changes, subplots and revelations that are produced by this story movement.

In recent decades, we’ve seen greater emphasis on the personal growth of the lead character, sometimes called ‘Conversion Narrative’ or ‘Restorative Three-Act Structure’. In this format, the development arc of the protagonist is tied closely to the arc of the story action. Some writers liken it to the ‘Hero’s Journey’ described in mythologist Joseph Campbell’s influential work, The Hero With A Thousand Faces. Others go on to describe a protagonist that must begin the story with a flaw, a defect or ‘psychic wound’ that needs to be corrected, healed, or redeemed before the story can end. This narrative structure can be a very satisfying aspect of many stories, providing the great emotional catharsis that Aristotle described so long ago.

While this approach can be effective in many films, it can be burdensome or clunky in others. And some film franchises would be ruined if the lead character conquers his or her inner demons. (Are we interested in the Hulk if he learns to control his temper?) At any rate, it’s important to match the type and degree of character development to the style and content of the story.