Constructing scenes to tell our story 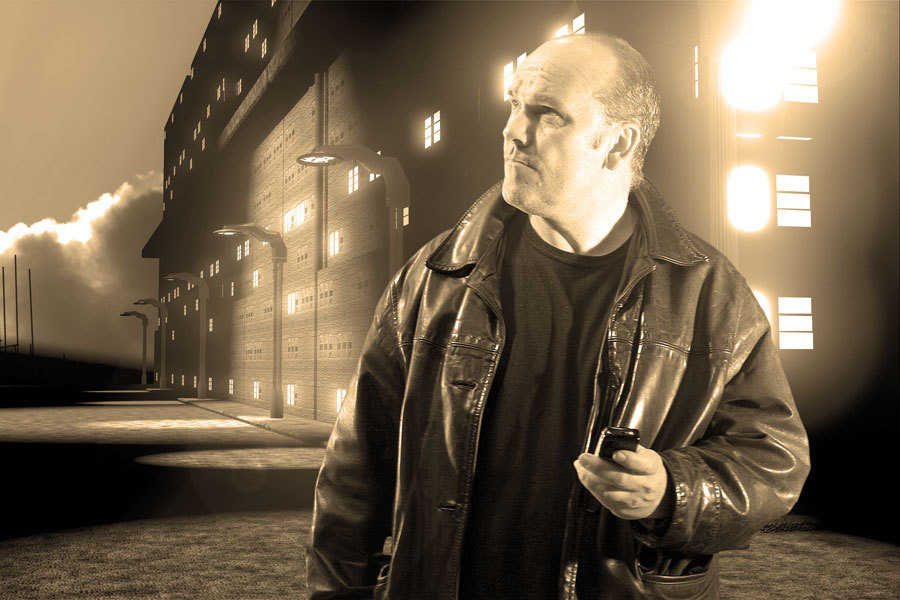 Most screenwriters create a complete outline (referred to as a ‘step outline’ or ‘beat sheet’) before writing the script.

This gives the writer a list of clear story ‘tasks’ to accomplish, tasks that will almost always unfold in the dramatic context of a scene or sequence. (A sequence is a group of scenes working together to carry a story point.)

The primary function of a scene is to push the story forward, one step at a time. Early in the story, we might want to introduce a character or characters. We do this by creating a scene or scenes that show the characters actually doing something that reveals who they are and how they operate in their world. Action movies often begin by showing the hero in a thrilling chase sequence – think about the opening to any James Bond film. A domestic drama may show a different sort of action, with harried parents struggling to get kids off to school and themselves to work, say in Blue Valentine. This type of material will tell us about character, but it will also establish the genre, the world of the story and the filmmakers’ visual style.

As we move deeper into the story, the scenes will have less obligation to introduce story elements, so the scenes may find a leaner style that focuses more on character change and thematic development. As we near the story’s conclusion scene length may shorten to quicken the pace, as we gather momentum to send us into a climax that must resolve our story’s question, once and for all.

To begin writing the script, we begin with a single dramatic task, but it’s always considered in the context of the entire story. It may be a small transition or major confrontation, but we’ll have a pretty clear idea of what it needs to accomplish.

We usually tell our story from a character’s perspective, so we consider the specific circumstances by asking questions. What has just happened to the character? What does that mean in relation to his/her goals? What does he/she want to happen now? What does he/she fear might happen? What might stand in the way? These last two considerations determine the ‘has trouble getting it’ of the scene and will naturally create conflict. We like this collision of goals to force the characters to face hard choices and make clear decisions that determine the direction of the story.

Once we establish these character considerations, we ask the most important question: what does he/she try to do now? In a drama, the scenes happen because someone is doing something; we can’t begin to write until we identify that ‘something’. At this point we will know the ‘who’, the ‘what’ and the ‘why’ of the scene. Then we can determine the ‘where’, the ‘when’ and the ‘how’. These final elements may be fixed by the story, or the writer may have flexibility, but it pays to consider what ‘place’ can bring to a scene. Material that’s dull in private may come to life when moved to a public setting.

The nature of the conflict is a very important consideration. It may come from within the character; it may be conflict with another person; it may be conflict with societal groups (armies, the police, the cool kids in school); or it may be a conflict against nature or the cosmos (a mountain, a hurricane, space). In most cases, the character must face internal conflicts, as well as at least one form of external conflict. In common practice, scenes with little conflict will be short, while the story’s major turning points will be situations fraught with difficulty.

Once we’re clear on our dramatic approach and the basic details, we can begin to write the scene, proper. As we’ve stated earlier, the screenplay is not ‘written’ in the way that a novel may be written. Instead, we’re going to ‘construct’ it from the dramatic action and whatever expository details we need to make clear to the actors and crew. The screenplay cannot contain every element of the final film, nor should it try.

Question: What we do we actually include in the script?

We describe what the characters are doing, where they’re doing it, and under what conditions. We’re limited to what we can see and what we can hear, and that’s it. The characters’ speech and physical movements are there to help the characters succeed in achieving their goal in this particular situation.

We don’t describe thoughts in the characters’ minds, or what lens the cameraman should use, or where the camera will be; those decisions will be made by other filmmakers. The screenwriter describes the flow of action and provides enough expository detail to make it clear. The screenwriter may suggest a direction for the director and other members of the crew, but the script does not pre-visualise every detail.

The script is a very slim form. The art comes in using these few tools to capture the full emotional flow of the story.