In this article, Michael Lengsfield outlines a common process that leads to writing the first draft of a screenplay 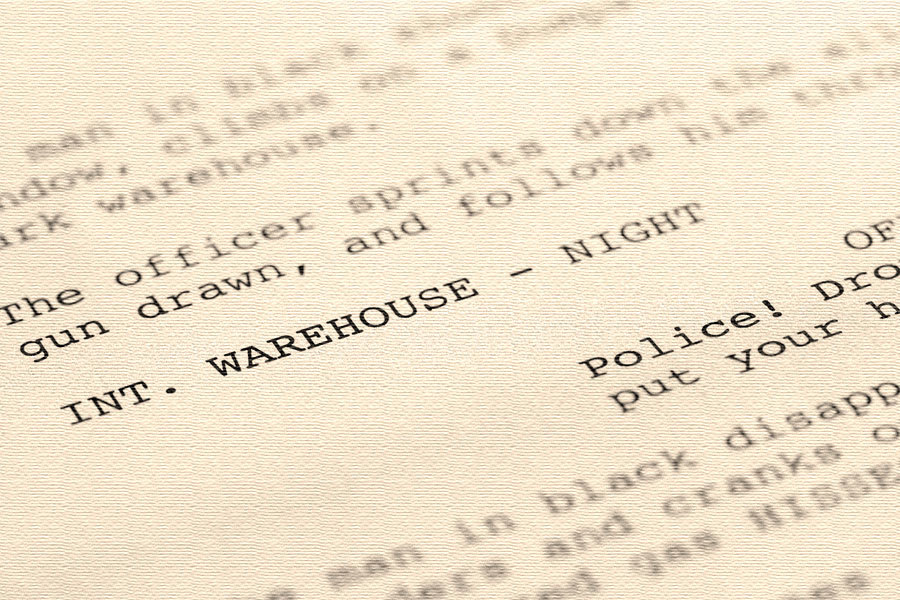 This article explores a common approach to screenwriting process.

Writers Guild contracts specify that screenwriters have a minimum of three months to produce the first draft of a script. That’s not a lot of time, so it helps to work in a clear, organised way. The method may differ from approaches to writing in other forms, because in screenwriting much of the creative work occurs before we begin to write the script.

This is important for a variety of reasons, but it helps to remember that screenwriting is a quasi-closed form. Novels can be just about any length, from one hundred pages to over a thousand, but feature films run between ninety minutes and two hours. While we do see longer films each year, there are not many, and they make theatrical exhibition more difficult. Television is even more restrictive, often timed to the second. Professional writers must have the craft to reliably create complete stories in these relatively narrow time frames.

Let’s take a look at a workflow that can help to produce a script in this timeframe. First…

We may find our story ideas from any number of sources – a character, an incident or situation, or a theme – but it soon comes to back to basic questions: Whose story is it? What does he/she want? What’s keeping her/him from getting it? If we’re employing multiple storylines, what unifies the individual stories?

We ‘test’ our story by developing it, building on the base idea to see if it has the heft to carry a ninety-minute film. A good next step might be to create a Five Finger Pitch. This will force some clear questions about your intentions. If you like what comes out of this step, then you go forward; if not, then you go back and rethink elements of the pitch. When the Five Finger Pitch flows correctly, develop the Ten Finger/Two Handed Pitch that covers the whole story in a broad fashion.

Once you have a satisfactory pitch, you might try to take it further, perhaps by thinking about the key turning points in the story. There are many books and websites devoted to codifying the three-act structure, so you may take a look at one of these structure outlines or paradigms. This may help you, but it’s important to use the paradigm to develop your story; don’t write the story to fit the paradigm.

By now you should be close to filling out a whole story, so produce a synopsis or ‘treatment’. A one page synopsis can put your ideas together in a more story-like form, but it will remain relatively general. A longer treatment will explore the story in more detail. Many writers dislike creating the treatment, but it’s an important step in professional story development in the United Kingdom.

This is the most important step in the process, but it can be tedious. To make an effective “Beat Sheet”, also called a “Step Outline”, you must list each dramatic step in the story. It needn’t contain great detail, but it helps to see the steps from start to finish. There are many approaches to outlining: employ the common three acts; you might break up the long second act to create four or five acts; or build the story in eight sequences. One way or the other, work through the entire story and plug all story holes. And, yes, the first attempt always reveals holes in your story.

Once we have a complete outline, we begin to write the script. Script formatting software is very useful here, as it automates the otherwise time-consuming task of creating the correct format. (A later step will discuss formatting and recommend formatting software.)

There are several ways to approach the script. Some people start with the major scenes first, while others start at the end and work backwards. We recommend that you start at the beginning and work straight through the outline: no stopping; no editing; no going back.

As you create the first draft the story may change in a way that requires tweaks to previously written material, but hold your adjustments until the end. Keep a ‘punch list’ of changes or additions. And some writers find it useful to keep a file for the material that’s been cut along the way, a technique that removes some of the angst by ensuring that original material is not truly ‘deleted’.

We recommend writing little and often, working through the entire draft. After you’ve finished that first rough draft, go back and bung in the material from your punch list. And then give yourself a pat on the back. You’ve done it.

Don’t show this version to anyone. After you finish the draft, take a couple weeks away from the story to gain some critical distance. Then you begin the rewrite…