Here is the summary, with quotations from many of your excellent contributions to the course discussions. 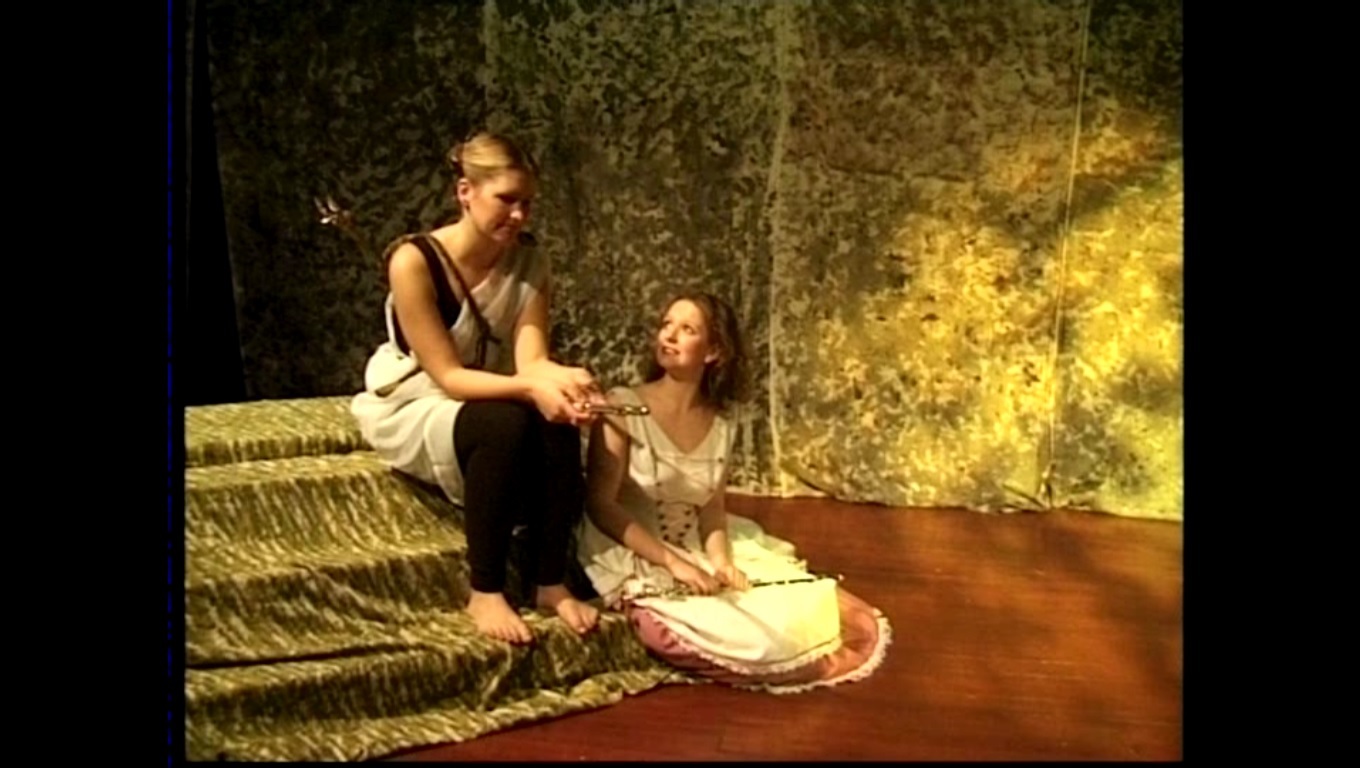 This week we ventured into the relatively unfamiliar territory of household theatre and the Sidney writers’ composition of drama, with several of you drawing comparisons to Austen’s depiction of household theatricals in Mansfield Park (Henry’s reading of Shakespeare and Fletcher’s Henry VIII or All Is True also has some distinctive and witty parallels to the plot of Austen’s novel).

A strand of discussion also considered the use of gender and race blind casting and the availability of black actors in Wroth’s time. As well as Wroth performing in what now seems a highly imperial and racist court entertainment, The Masque of Blackness – for which she blacked up – there is also a painting at Penshurst which features a black page (see attachment) and Wroth’s surprisingly liberal attitudes to race are prominent in the second part of the Urania.

The first example of Sidney drama we looked at was The Lady of May by Philip Sidney – a pastoral entertainment written for the occasion of Queen Elizabeth I’s visit to Wanstead, the country house of his uncle, Earl of Leicester in 1578-9. Many of you enjoyed the imagery Philip Sidney used – ‘his sight more odible than a toad in one’s porridge’ – and reflected on the enforced contemplation caused by the lockdown and pandemic in our various countries, with a sense that balance between active and contemplative elements makes for the healthiest lifestyle. Your comments illuminate the political dimension of the piece: and the promotion of the active life through Therion, and how this would fit better with what we know of Elizabeth I’s psyche and her close relationship with Robert Dudley. In fact, Elizabeth chose Espilus, the more contemplative figure.

This looks like a deliberate cautionary snub to Dudley as a suitor for her hand in marriage. Sir James Melville recognised Elizabeth’s strategy of refusing to marry since ‘gin ye were married, ye would be but Queen of England, and now ye are King and Queen baith [both]. I know your spirit. Ye cannot suffer a commander.’ Elizabeth’s choice of the shepherd’s life may be more personal though – a wish to retire from the responsibilities of government, echoing her speech to Parliament that ‘If I were a milkmaid with a pail on mine arm, whereby my private person might be little set by, I would not forsake that single state to match myself with the greatest monarch.’

We discussed women’s participation in household drama using two texts by our female Sidney writers #MarySidneyHerbert, Countess of Pembroke and #LadyMaryWroth, and a third by #LadyJaneLumley, a distant cousin of Mary #Dudley Sidney. The extended family alliances are complex but basically Lady Jane Grey (first cousin to Lumley) was married to the youngest brother of Lady Mary Dudley, mother to Philip Sidney and Mary Sidney Herbert and grandmother to Lady Mary Wroth. In an overview to these pieces, we noted the importance of sacrifice as a common theme alongside the idea of women speaking out – an intrinsic feature of drama itself.

You commented on the ‘Very modern,’ sound of Lumley’s “Iphigenia” and the complexity of Iphigenia’s decision to offer herself as a sacrifice which has “elements of a conventional female role and also challenges”. Iphigenia’s usurping the heroic position of the male soldier is key to this. You also made parallels to our current political scene ‘life has not changed much has it?’. There was some excellent debate on Cleopatra and the link to Shakespeare’s “Antony and Cleopatra.”

Because this week focuses on drama, you were invited to think specifically about the theatrical nature of the scripts, both creatively and critically. Do look at the range of options you came up with as continuations of “Love’s Victory” following its abrupt ending in the Huntington Manuscript, including the ingenious ‘Cupid to be told off severely and made to put things right. He does this by making Musella’s mother fall in love with and therefore marry Rustic, leaving the two lovers to get married and live happily ever after.’ Your responses show just how precarious – and uncertain – the situation is, not just for Musella and Philisses but also for Silvesta by the end of Act 5 Scene 4.

We also considered some filmed recordings of “Iphigenia”, “The Tragedy of Antony,” and “Love’s Victory” in performance this week. In all cases, these are the very first recorded performances of these plays, and in the first two cases, the only known performances. You are therefore some of the first people to see these plays in production. The different types of presentation – a studio performance, a staged reading, and a student production – gave an opportunity to consider whether the plays might have been written for reading or full staging, and to consider what music, costume, movement, gesture and use of silent characters (especially children) etc. could add to the script’s meaning. Some of you felt the resonance of Cleopatra’s children on stage: ‘the fact that the boy and the baby are there, right in front of Cleopatra, brings the situation into crystal clarity – it’s more than just words.’ especially in the light of ‘Mary Sidney’s many losses.’

Some of you took up the challenge of directing a provisional production of Cleopatra’s final speech and produced excellent creative readings of the scene. Minimalist settings with ‘candles around a hall’ created intimacy between the actors and spectators There were examples of detailed direction for the actor playing Cleopatra to register that the lines are ‘erotic as well as sorrowful’ and may become more impassioned and ‘deranged -think Lady Macbeth’. You included tiny gestures ‘hands move down, with palms open as she speaks, more gently now’ and details of direct address or giving flowers to the audience, to include them. You gave some ingenious solutions to the ambiguity of the ending (whether Cleopatra dies or not at the end of the speech) by directions such as ‘faints in the sarcophagus’ or keeping the actress still, dimming the lights so ‘the audience end in suspense’. Thank you for sharing all of these.

Your interest and expertise in music led to a warm appreciation of the musical interlude and the duet in Love’s Victory. Several of you recalled experiences of musical entertainments in your homes with party pieces, the decline of which is indeed sad in an age dominated by television. Even though lockdown makes sessions difficult to coordinate (even online because of the time lag on zoom) I have found we can at least listen to each other and play along.

Several of you noted how difficult you found this material so your tenacity in working through is even more commendable. If you can suggest how I could help learners to make it easier for other learners, I’d be grateful to hear from you by email a.g.findlay@lancaster.ac.uk

Next, we move on to the Sidneys and religion, another arena which, like household theatre, raises the question of the public and private forms of self expression.

Thank you for all your wonderful interventions into the discussions. I look forward to building on everything we have learned as a group, in this final week. Best wishes, Alison