This article explain how racialised violence was normalised in the British Caribbean as a tool of colonial social control.
© University of Glasgow

A few words about this learning step. It is with great care that we provide this subject matter. While it is important to understand the role of discipline in plantation economies in the British colonial islands and the extremity of racialised violence inflicted on the enslaved, we do not feel it is necessary to provide a full transcript on the variety of violent tactics used. This is a difficult balance to achieve: full understanding while not revelling in what many call ‘torture porn’. Unfortunately, the trauma that resulted from these horrific events is inheritable and new scientific studies suggests this trauma can even be mapped onto the molecular and cellular level. Please proceed with sensitivity.

Throughout the slavery era, slaveholders and colonial administrators constantly fretted about maintain their dominance over the enslaved labour force. By the mid-eighteenth century, the British found themselves in a precarious position in Caribbean colonial society. While they greatly benefitted from plantation economies and held universal administrative rule; enslaved Africans outnumbered them by a ratio of 9 to 1. Moreover, the appalling work conditions aggravated by the deep exploitative level of dehumanisation for profit was continuously met with overt and covert forms of slave resistance. In the eyes of White colonials, this level of brutalisation and racialised violence was not only justified but viewed as an absolute necessity in countries that allowed slavery.

An imposed ideology of White supremacy and Black inferiority would not be enough to control thousands of enslaved Africans and accept that they should be worked to death for White colonials’ profits. Colonists sought to strategise with discipline in the form of racialised terror working in tandem to the ideology that Africans were suited to slavery.

Terror as discipline for the enslaved could occur in the presence of the slaveholder or be executed by an agent for the absentee owner. Furthermore, Whites were encouraged to ‘discipline’ enslaved Africans frequently. A common form of violence inflicted on Black bodies was flogging by bullwhips or cat-o-tails. Black men and women were flogged, regardless of age or condition. Women heavily pregnant could not pause for fear of the crack of the whip ripping their backs open. Branding an enslaved African’s skin with an initialled iron was used to mark them as property to a particular slaveholder but also as a form of punishment. 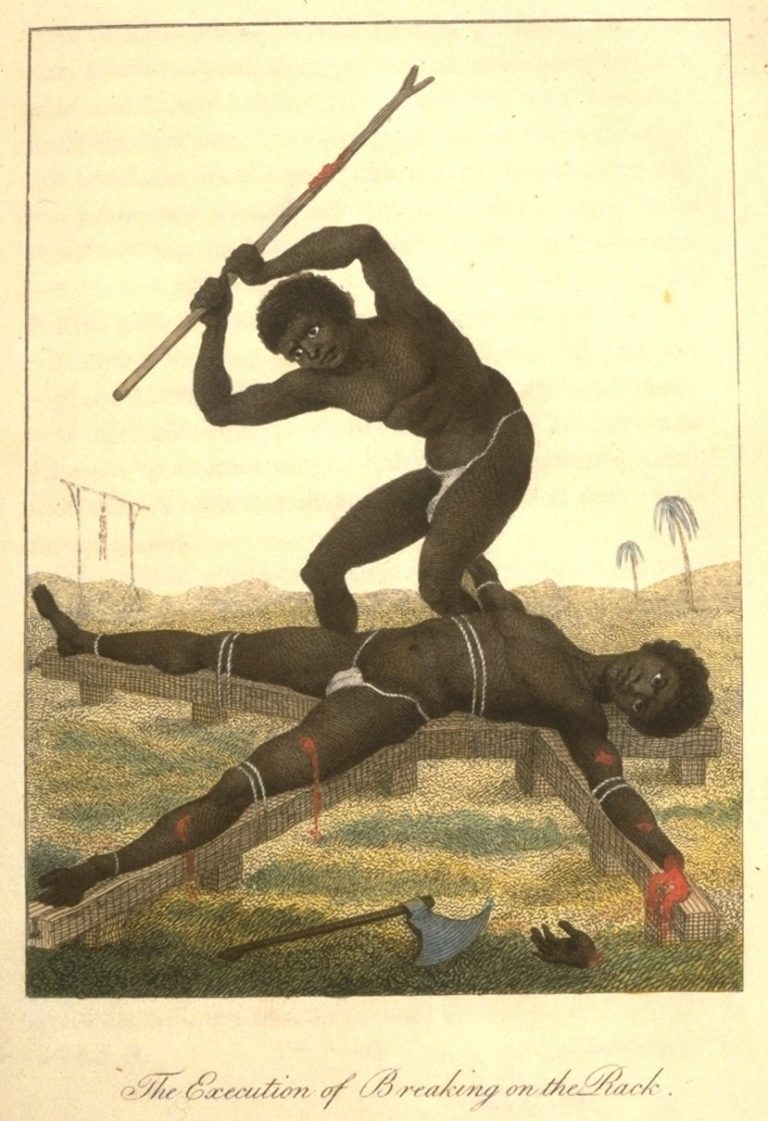 Historic documents reveal children as young as seven were branded on the face. Whipping was only one of the many forms of racialised violence. Although whipping was said to be punishment for undesirable actions, there was often little distinction between punishment and torture. For example, maiming, disfiguring faces, and using iron muzzles and heavy chains with hooks to increase an individual’s pain were common methods. Quite often these excessive forms of punishments were for minor infractions such as failing to catch enough fish, letting a pot boil over or not tying an oxen firmly to a stake in the ground. Moreover, it seems that many slaveholders took pleasure in conceiving creative manners to torture the enslaved. One only need look at the diaries of Thomas Thistlewood as illustration. 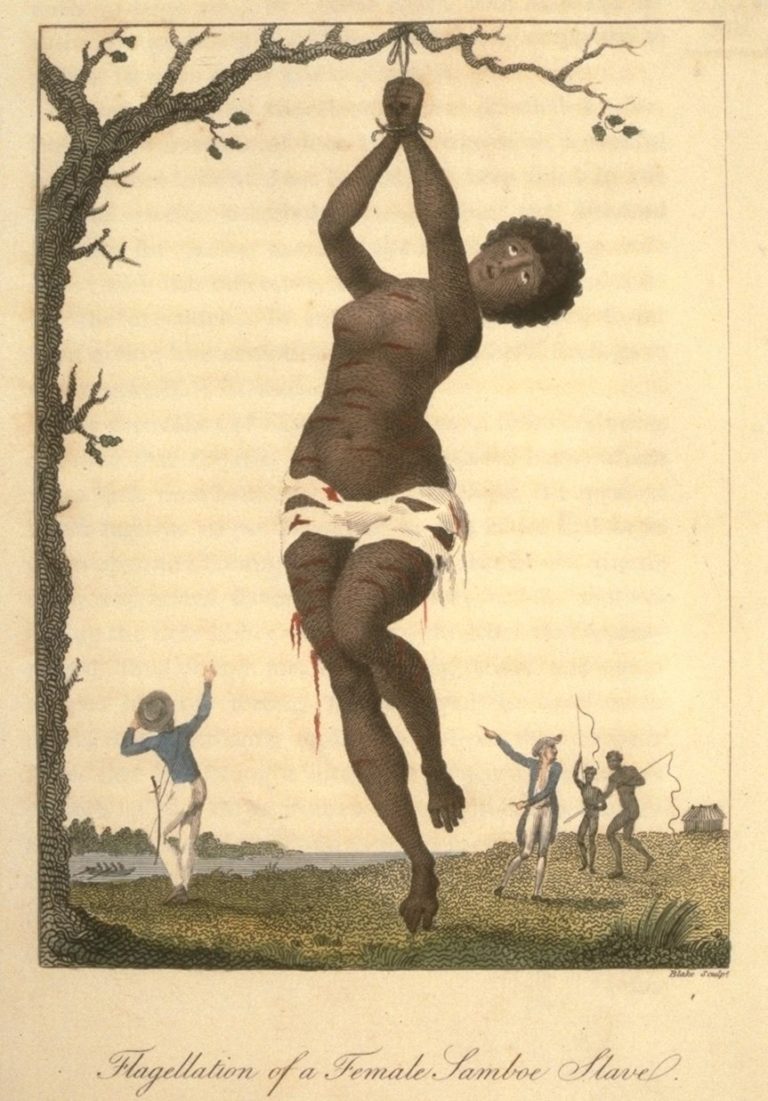 In the Jamaican parish of Westmoreland, Thomas Thistlewood, became owner of Breadnut Island plantation by 1767. Over the course of two decades, Thistlewood managed his estate and earnings with an average of thirty enslaved labourers. He was a prolific writer via diaries in which he recorded his casual observations of life in Jamaica, scientific and intellectual curiosities. He is infamous for recording his daily activities including his sex life (raping of enslaved girls and women), and creative choices for punishing his enslaved labourers. After whipping, Thistlewood’s racialised terror tactics included rubbing salt, lime juice, chili peppers, and even urine into their wounds. A favourite method, that he named ‘Derby’s Dose’, was to force one enslaved to defecate into the mouth of another and then have that unfortunate person gagged for hours. In fact, Thistlewood had many variations of punishing enslaved labourers with excrement. 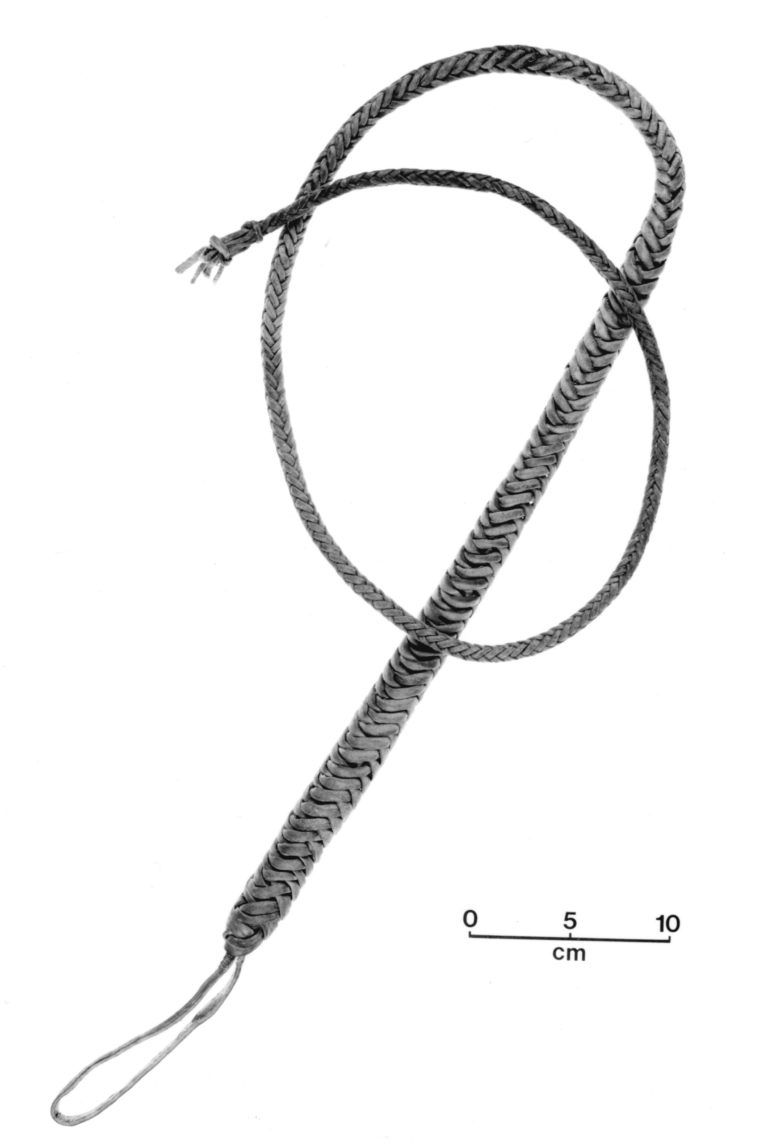 Ultimately, the ubiquitous nature of excessive punishment reveals far more about the plantation slaveholder and overseers than the enslaved. What must be remembered is that these examples of White oppression and violence were not the exception but the rule. Even when outside the plantation boundaries, en route to perform tasks at the slaveholder’s insistence, enslaved Africans could be attacked by random White men. Even in extreme cases, there was little enthusiasm for prosecuting a person for extreme mistreatment of enslaved Africans. This makes more sense when many members of the colonial judicial system were also slaveholders as well. After being tortured to death, it was not uncommon to decapitate an enslaved person and place their head on a pole as a warning or supposed deterrent. In many parts of the British colonial Caribbean, it was not even illegal to murder an enslaved person until the eighteenth century.