Find out more
Home / Business & Management / Ecology / Snow: What It Is and Why It Matters / Different classifications of snow and why they matter

Different classifications of snow and why they matter

The snow in a snowpack will change over time. Here are some different classifications of snow and why they matter. 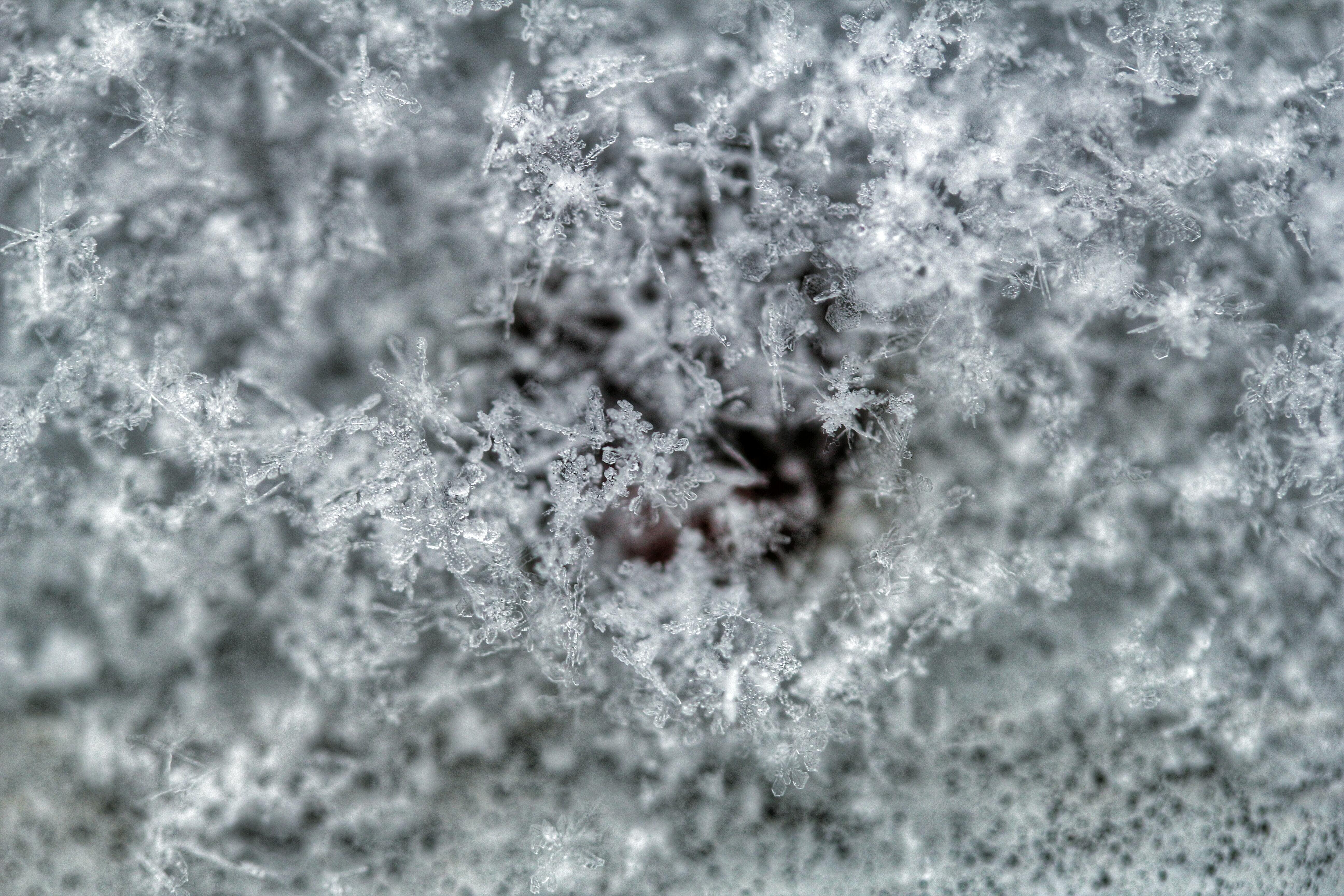 When you make a cut in a snowpack, you can see different layers in it. Each layer differs from the layers above and below by at least one of the following characteristics: microstructure (grain size and shape), density (how packed the snow is), snow hardness (how many fingers can you push into the snow), liquid water content (see Table 1.5), snow temperature (as snow is an isolating material this can differ in a snowpack) and impurities (how dirty the snow is).

What causes the distinct layers of snow in a snowpack?

The snow characteristics all describe the state of the snow type. In Table 1.1, the symbols and units used for each character are described. To know the physical and mechanical properties of a snowpack, the type and state of the snow grains need to be defined. One tool to help describe the grain shape and size is a crystal card, which is typically a dark metallic or plastic screen. It simplifies snow grain analysis by providing a grid to determine the shape and size of the grains.

Classic grain size may not always be the relevant size to describe. The grain size determined from standard field techniques might not adequately represent the electromagnetic properties of snow. For this purpose, a so-called optical-equivalent grain size, OGS, can be defined. Optical-equivalent grain size is related to the specific surface area and therefore to the microstructure of snow. The specific surface area is a measure of how much volume the snow grains take in a set volume. Although OGS depends on the wavelength of the electromagnetic waves of interest, the concept is equally applicable from the visible through to the microwave range. It is, therefore, particularly useful for remote sensing applications.

Snow metamorphism is the transformation that the snow undergoes in the period from when it falls from the sky until it melts or transforms to glacial ice. Meteorological conditions, as well as mechanical or gravitational stresses, are the primary external factors that affect snow metamorphism. For example, dry snow metamorphism is governed by both equilibrium and kinetic growth (see Table 1.5 for the definition of dry snow).

Equilibrium growth is a slow growth of grains and bonds within the snowpack resulting in a decrease of the specific surface area of snow, which will cause particles to round off, and works at low-temperature gradients, i.e., when excess water vapour density is below the critical value for kinetic growth to occur.

Kinetic growth is grain growth at high-temperature gradients. This process results in the sublimation and deposition of ice as well as changes in crystal size and shape. Examples of kinetic growth shapes are faceted crystals and depth hoar that form within the snowpack, or surface hoar that grows on the snow surface.

A snow type that is close to glacial ice is firn, well-bonded and compacted snow that has survived the summer season, but has not been transformed to glacier ice. Thus, firn is the intermediate stage between snow and glacial ice where the pore space is at least partially interconnected. Firn usually results from both melt-freeze cycles and compaction by overload, or from compaction alone, as in inland Antarctic snow. 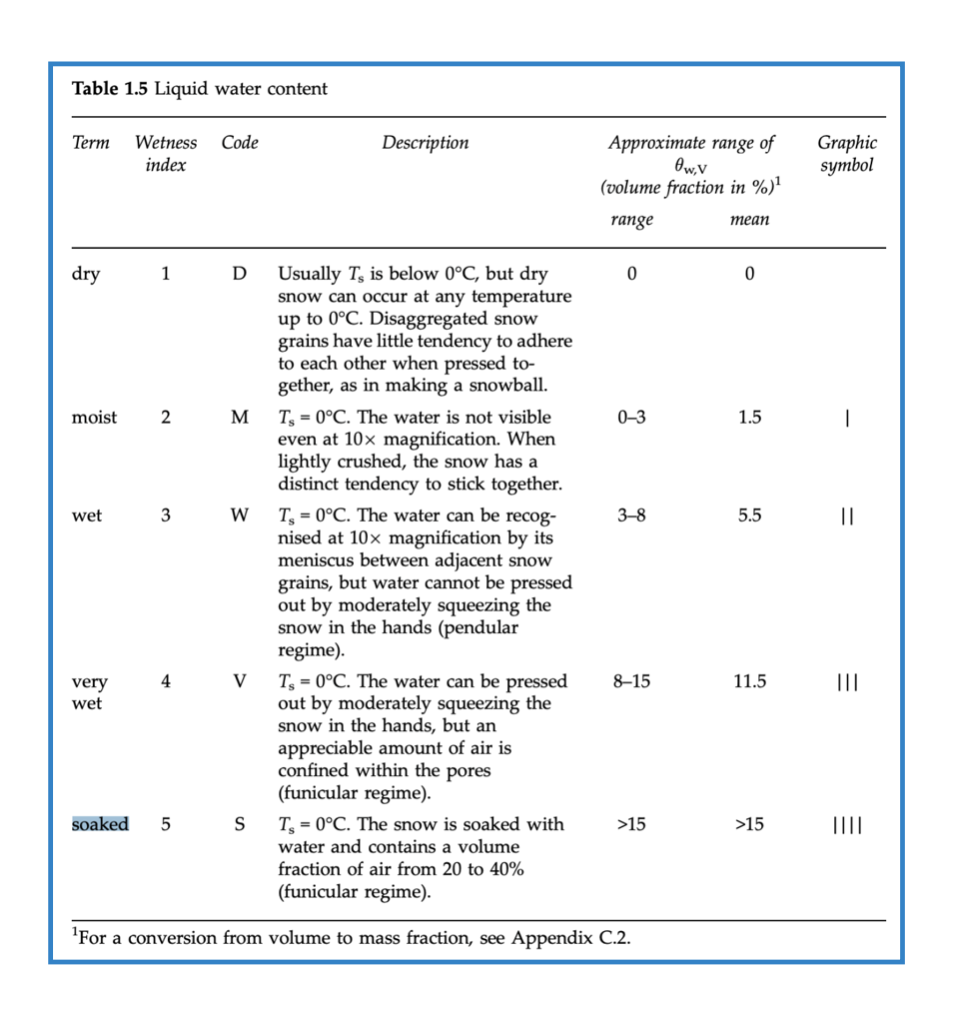 Snow strength can be regarded as the maximum or failure stress on a stress-strain curve. It is the maximum stress snow can withstand without failing or fracturing. Snow strength depends on the stress state, which is dimensionless, as well as on their rates in pascals per second and per second, respectively.

Snow strength also depends on microstructure and on the homogeneity of the sample. To make measurements meaningful, all of these parameters must be considered. Moreover, failure types such as a ductile or brittle fracture or maximum stress at low strain rates must be given. The shear strength of snow can be measured relatively simply in the field by using a shear frame. Shear strength is important in evaluating the stability of the snowpack.

The coordination number is the number of connections between a particle and its neighbours. It can be represented with indices, averaged over a volume or determined for an individual structure. These geometric parameters are common in numerical models of snow. No algorithm exists to measure the coordination number in different snow types, as the traditional methods only work for convex bodies.