Read this brief introduction to stereoscopy as we begin to explore the people and stories behind this fascinating Victorian craze. 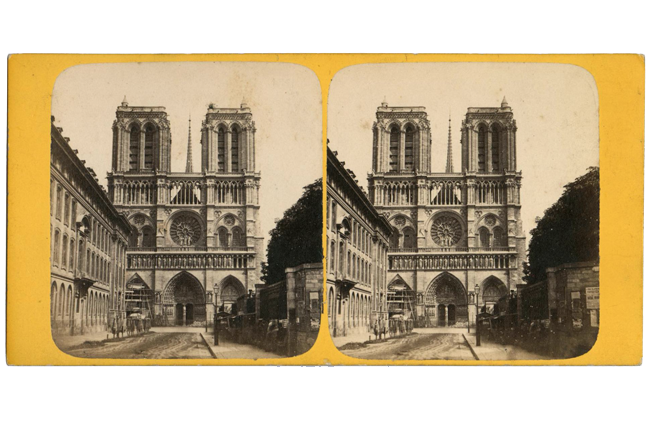 ‘Stereoscopy’ derives from the Greek stereos meaning ‘firm’ or ‘solid’ and skopeō meaning ‘to look’ or ‘to see’ = seeing something firm, solid, three-dimensional or 3D.

We are used to seeing images in 3D, either through films (using special spectacles) or computer-generated imagery (CGI), with 3D computer graphics applied to special effects. But when were the first 3D images created and how did people look at them?

It may surprise you, but the first 3D images pre-date photography. The English scientist, Sir Charles Wheatstone presented his stereoscopic viewer in 1838, which could be used to look at drawings or engravings in 3D. This was before photographic processes, such as the dageurreotype or the calotype, were introduced (from 1839) and much earlier than 3D film. A patent for a 3D moving image was filed in the late 19th century, but it was not until the first quarter of the 20th century that 3D films or movies were publicly available.

So, from the first half of the 19th century, people were looking at three-dimensional images, using the stereoscope.

You may find it useful to download the Photography Timeline that we have included in this section.

If you are interested in finding out more about Wheatstone’s stereoscopic viewer, we have provided at the end of this section, a link to his original paper of 1838. 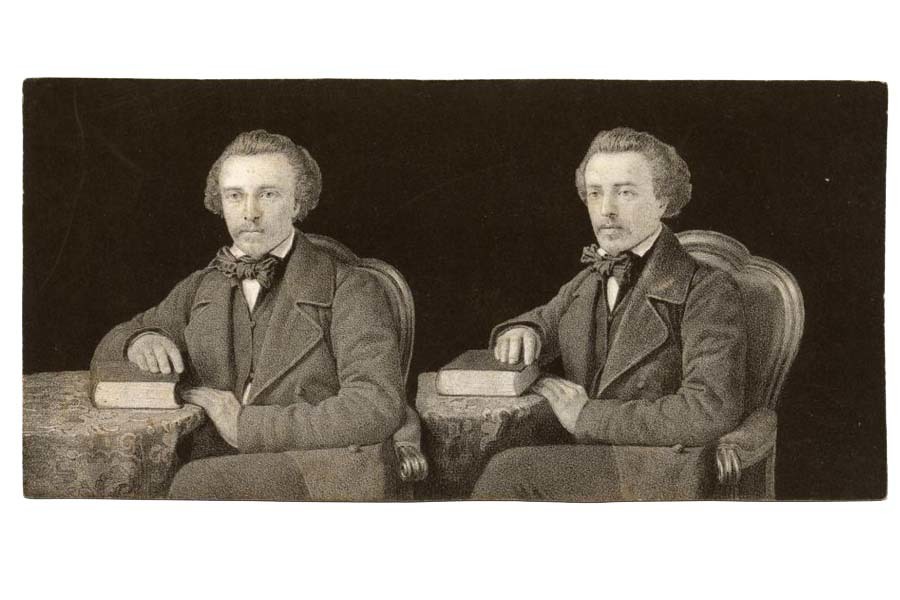 Stereographs – or stereo images – were created by taking two photographs of the same subject, from viewpoints approximately the same distance apart as human eyes. When viewed through a stereoscope or stereoviewer, the brain ‘sees’ these two pictures as one 3D image.

In this course, we will use ‘stereograph’, ‘stereo images’, ‘stereo photographs’ and ‘stereo card’ to describe the images that were created to be viewed in 3D. ‘Stereoscopes’ or ‘stereo viewers’ are the devices that people used to look at these images. Without this equipment, the stereograph just appears as two slightly different images of the same subject. You do not need a stereoscope to enjoy this course, but if you do have an opportunity to use one, you will get a sense of the excitement that people in the 19th century would have felt. 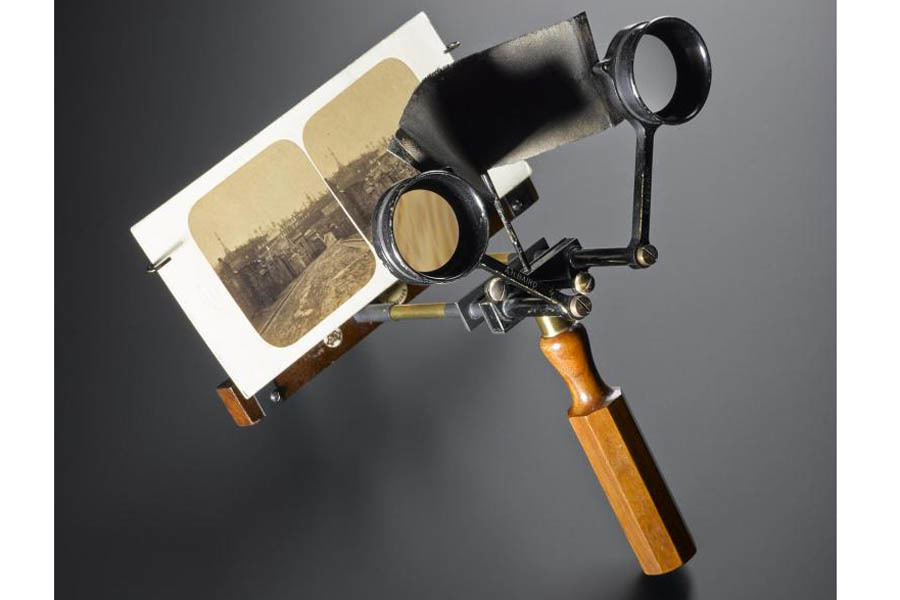 If you want to explore these topics in more detail, here are some suggestions (these are not essential to complete this course). If you are near Edinburgh, you can visit the Library at the National Museum of Scotland where you can ask to see these publications:

Denis Pellerin and Brian May, The Poor Man’s Picture Gallery: Stereoscopy Versus Paintings in the Victorian Era (Exeter: The London Stereoscopic Company, 2014).

Contributions to the Physiology of Vision —Part the First. On some remarkable, and hitherto unobserved, Phenomena of Binocular Vision. By CHARLES WHEATSTONE, F.R.S., Professor of Experimental Philosophy in King’s College, London. Received and Read June 21, 1838: Wheatstone’s Paper on Stereoscopy

Designed by Dr Brian May, CBE, the Owl is a unique, high quality, stereo focussing viewer which assembles in 15 seconds.

Or visit online auction houses to search for vintage stereoviewers of all shapes and sizes!