this is a new article
© 2016 National Museums Scotland

As we have seen, stereoscopes came in a range of sizes and were tailored to suit the pockets of almost everyone. 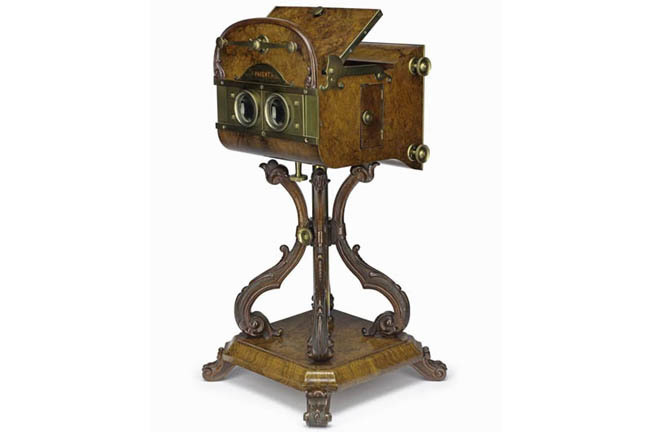 In this section, we look at larger cabinet stereoscopes. The top of the luxury range for stereoscopes is considered to be the Hirst & Wood ‘Natural’ stereoscope – seen above. It is a large box-type viewer, 56.5cm in height and weighing 5kg and only a very few of these deluxe models were made.

Sir David Brewster exhibited an example of the Natural stereoscope on 9 February 1864 to a meeting of the Photographic Society of Scotland where it was described as follows:

‘Its peculiarity consisted in having an apparatus by which various coloured screens could be introduced behind the transparent picture changing the effect from cold to warm or from sun to moonlight’. 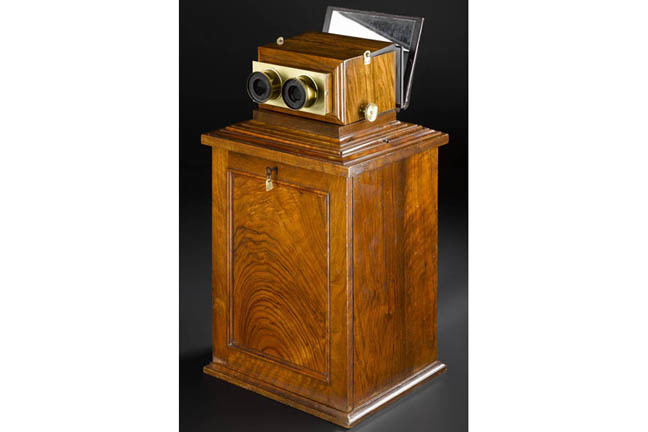 This stereoviewer no. 1588, above, by Smith Beck & Beck, fits into its own storage case, which can then be stored in a single-width vertical stand that holds a collection of stereograms (stereo views) – it is, in effect, a Victorian home entertainment system. 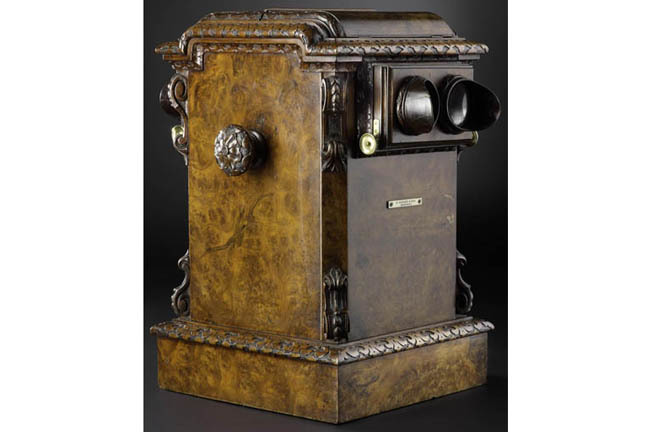 The romantic-sounding ‘Sweetheart’ stereoscope (above) allowed two people to view images at the same time, one on either side, emphasising the social impact and importance of stereographs on the Victorians. This one is 48.5cm in height and weighs 5.52kg.