The virtuous cycle of social engagement

All economically developed countries with large older populations prescribe ‘active ageing’ behaviours for older people, to try and lighten the perceived ‘burden’ of population ageing. Increasingly, we expect older adults to age in this ‘active’ way.

However, the opportunity to participate in these areas is not evenly distributed across ageing populations. Higher educated, financially resourced, and healthier older people are more likely to work and volunteer. In turn, they reap the rewards of better health, social engagement and other positive consequences of work and volunteering. 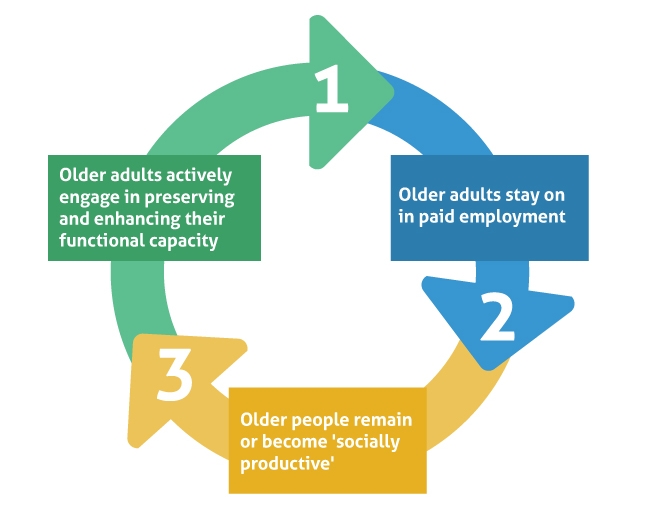 Of course, many older adults who have disabilities and poor health are also active in their communities by working and looking after family members. However, it can be much harder for them to sustain these contributions, and this can happen at the expense of their own well-being.

Given that people who work in lower-skilled occupations tend to have shorter lifespans than those who work in higher-skilled jobs, it could even be argued that retirement age should be calculated on this basis, rather than on the basis of the same pensionable age for everyone.

Many initiatives that encourage the engagement of older people fail to acknowledge more disadvantaged populations. They run the risk of impacting only those people likely to be engaged in the first place.

Better policies are required to enable more people from diverse backgrounds to volunteer, and to engage in other forms of active ageing. This calls for, among other things, long-term policies that help everyone to stay healthy as they age, so as to improve their chances of being able to make contributions to their communities without adverse effects on their own well-being.

Most governments are trying to increase the age at which people retire. In light of what you have read above, and your own experience, what are your feelings about this expectation that everyone should work longer?

Think about a large organisation that employs a diverse range of people, from the CEO to senior management, administrative and service delivery personnel, including low-paid roles such as the housekeeping staff.

Virpi Timonen is a Professor in Social Policy and Ageing at Trinity College Dublin.