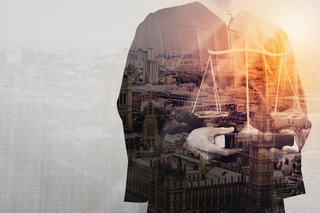 Historically, across the world, the majority of countries had laws which punished individuals who had attempted suicide. Nowadays, however, most countries have decriminalised suicide. However, there are still countries where legal penalties for suicide attempts are stipulated, ranging from fines or short-term imprisonment through to life imprisonment. Although these stipulations are in place, prosecution for suicide may not be undertaken consistently. Mishara & Weisstub (2016) identified 25 countries where suicide was illegal and an additional 20 countries which follow Islamic or Sharia law, meaning those who attempt suicide may be punished with jail sentences.

It is possible that the criminalisation of suicide may deter vulnerable individuals from seeking support. Furthermore, efforts may be made to disguise suicide attempts and to avoid reporting suicide. Despite potential underreporting, the suicide rates in countries that punish people who attempt suicide are not generally lower than in countries where suicide is not illegal (Mishara & Weisstub, 2016). The WHO 2014 reports that suicide rates tend to decline following decriminalisation.

The majority of countries, including those which have decriminalised suicide, have laws prohibiting the aid, abetting or encouragement of suicide. Mishara & Weisstub (2016) highlight the need for consistency in legal practice internationally relating to aiding, abetting and assisting suicide. A number of countries have legalised assisted suicide, primarily focused on individuals who are terminally ill or have irreversible degenerative disease. The potential legalisation of assisted dying is the subject of ongoing debate in many other countries. This Guardian Newspaper article (2014) provides an overview of some of the historical changes that have occurred relating to assisted suicide. (Please note: this article refers to the act of ‘committing’ suicide. As highlighted in the WHO Media Reporting Guidance this is not considered appropriate terminology).