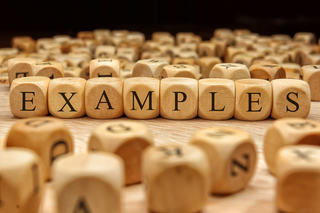 In 2002, a Scottish national strategy and action plan to prevent suicide, called Choose Life, was launched with the aim of reducing the suicide rate by 20% by 2013. Scotland had seen an increasing rate of suicide, particularly among men, which was 27 per 100,000 in 2001 (the rate for women being 9 per 100,000). Choose Life was developed and implemented within a national public mental health programme, which is part of broader Scottish policy commitments to improve population health, promote social justice and tackle inequalities. This allows suicide prevention work to be undertaken within a wider framework of policy objectives and initiatives that share the overarching goal of improving population mental health.

Between 2002 and 2006, the Scottish Government invested £20.4 million in implementation of the Choose Life strategy. A national network consisting of multi-sector agencies collaborated to develop training resources and established an implementation programme. Each local authority focused on the same three key objectives:

Over the period 2000−2002 to 2010−2012 the suicide rate in Scotland fell by 18%. An evaluation of Choose Life was completed in 2012; however, it is difficult to determine if the decline can be attributed to the programme as a whole or to any particular elements of it.

More recently, as part of Scotland’s National Suicide Prevention Action Plan, United to Prevent Suicide has been launched. This movement is managed jointly by SAMH and Public Health Scotland.

Suicidal behaviour is an important public health problem in Africa. South African suicide rates range from 11.5 per 100,000 to as high as 25 per 100,000 of the population, depending on sampling procedures and research methods. Men and adolescents are two groups particularly at risk of death by suicide in South Africa. About 11% of all non-natural deaths are suicide related, with this rate being 9.5% in young people.

Can you identify a suicide prevention strategy that you think has been successful? Think about possible reasons why your chosen strategy has been effective and reflect on possible ways it could be enhanced.