Find out more
Home / Nature & Environment / Sustainability, Society and You / Predictions and politics

In this article, Simon Wright considers how economists and scientists have voiced their concerns about planetary limits since the late 18th century. 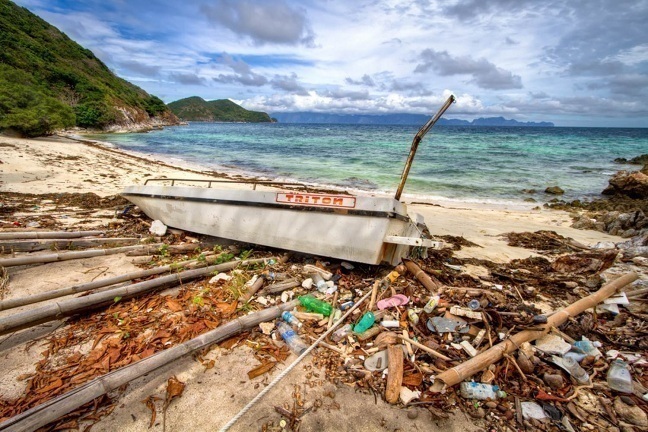 Concerns about our planetary limits are not new. Economists and scientists have been voicing their concerns for centuries, even if they haven’t always used the ‘s’ word.

For example, we can go back to the end of the 18th century and the writings of political economics Robert Malthus (1798). He noted that whereas food production seemed to increase linearly with time, populations grew exponentially. If exponential growth exceeds linear growth , there is potential for large-scale starvation. Other well-known classical economists, such as Ricardo and Mill (around 1800), predicted that the scarcity of resources would eventually lead to the cessation of economic growth – thereby earning economics the title ‘the dismal science’. Observations of the (then) present that had implications for the future (our ‘now’) were also made. For instance in 1947 Mahatma Gandhi was quoted as saying ‘the earth has enough for everyone’s need but not for their greed’. Rachel Carson’s book Silent Spring in 1965 made connections between use of pesticides in agricultural development and diminishing numbers of birds with predictions that this trend would continue unless farming practices were changed.

In 1972 a small book, Limits to Growth was published by an American group who used systems dynamics to develop a model of the global economy. Their analysis purported to show that even making optimistic assumptions about resource availability and curtailing population growth, the world economy would collapse within 50 to 100 years.

These historical examples of prediction are useful in that they make it clear that, whilst concerns about the future may be well founded, the future is unknowable and often turns out to be profoundly different from the fantasies of both pessimists and optimists. Many of the disasters forecast in the past have been avoided by technological developments. Take for example the Victorian forecaster who calculated that if the growth in horse traffic continued at the (then) current rate, by 1950 London would be covered in three feet of horse manure each year! Motor cars replaced horse traffic, so the problem of dung was avoided (to be replaced by other concerns).

The limited resources referred to in the Limits to Growth model have been expanded many times by advances in technology making it possible to extract oil from hostile environments and precious metals from low grade ores, albeit not without various knock-on effects for communities and their environments. The optimists point to these historical precedents and assume that technology and the ingenuity and abilities of people will always enable us to escape from the dilemmas currently forecast. But, there are several factors that seem to us to make the current position different in principle from the past.

The use of fossil fuels over the last one hundred years has changed the composition of the atmosphere. Human engagement with other parts of ecosystems is causing hundreds of species to become extinct each year and the effects of human activity are evident well beyond the immediate locations in which we live. Many of the resources that were used to drive industrial development in the 19th century are now exhausted or uneconomic at present to remove, in the areas where they were initially extracted such as tin in Cornwall (UK) and oil in Texas (USA). Water extraction rates exceed the annual flow of some rivers. However they do not run dry because wastewater is returned to them. Vickers (1965) noted that the River Thames could once have been considered as an independent physical system, part of the given environment and primarily a way in which water from a stable catchment area found its way to the sea. He reflected on the effects on the river of people’s activities (for example flood control, distribution of water, pumping and use for transportation and sewage disposal) and predicted that the Thames would virtually disappear within what he described as a human socio-technical system. He felt it would become dependent on new physical constructions, new institutions, and a new attitude to the use of water and the regulation of the whole water cycle. His observations still seem very appropriate in the context of sustainable development more than thirty years later, as indicated by the following quote from Klaus Topfer, UN Under-Secretary General and Executive Director of the United Nations Environment Programme in 1998.

Another difference is that with the increased scale of human activities comes an increase in associated effects and disparities between rich and poor. For instance a vicious circle relationship has been identified by many between poverty and environmental degradation. Others have stressed the ‘effluence of affluence’ claiming that the underlying cause of environmental degradation is wealth as opposed to poverty (Holmberg, 1991).

Increases in energy and resource consumption in many parts of the world have also been increasingly inequitable. This has led to differentials in capacity to trade due to differences in power and bargaining positions in world markets. Concern about the future has led to other activities besides prediction, particularly on the international stage. There is increasing recognition among governments, business and industry, non-governmental organisations and international agencies that action by one or a few countries alone is ineffective unless matched by others.

In 1992 The Earth Summit – the United Nations Conference on Environment and Development – held in Rio de Janeiro, was the largest gathering of heads of government that the world had ever seen. 178 government delegations attended. There were also around 50,000 non-governmental representatives, over 5,000 press and thousands of civil servants (Lindner, 1997). From the Earth Summit conventions emerged on climate change and biodiversity; a set of guidelines of forest principles; a declaration on Environment and Development and ‘Agenda 21’, an extensive international agenda for action for sustainable development for the 21st century. Agenda 21 was endorsed by all government delegations present and received a wide range of input and support from NGOs.

After the Earth Summit the UN Commission for Sustainable Development was established to promote the process of sustainability and to address the issues and actions identified in Agenda 21. It includes social, economic, conservation and resource management dimensions. Agenda 21 calls for radical changes in the way many live their lives in order to address global issues, ranging from protecting atmospheric, oceanic and freshwater resources to conserving biodiversity, transfer of environmentally sound technology, managing forests, wastes and biotechnology to combating poverty and protecting human health. Stakeholders in Agenda 21 processes, which take place at a range of different levels – from global to local, include nine overlapping ‘major groups’ who identified themselves or were identified by others. These major groups included women, children and youth, indigenous people, NGOs, local authorities, workers and trade unions, business and industry, scientific and technological community and farmers.

There were many more events at international, regional, national and local levels that followed the Earth Summit. In 2002 a further summit – the World Summit on Sustainable Development (WSSD) – took place in Johannesburg, South Africa. Whereas the Brundtland era focused on ‘North-South’ interactions and the realisation that we didn’t know enough about the inter-relationships between ecological, social and economic dimensions, WSSD focused more on political and social dimensions of sustainable development and issues of participation, governance and the creation of networks of stakeholders and partnerships.

Perhaps one of the most significant changes between 1992 and 2002 was the increased evidence of globalisation, particularly in economic terms such as trade, finance and growth of multinational companies. It is not accidental that many of the issues we worry about are associated with global or international levels of decision making and action. It was one thing for the coal fires in London to create smog (a mixture of fog and smoke) that caused significant numbers of inhabitants to die of respiratory diseases. It is quite another for the global use of fossil fuels to change the global climate so that sea levels rise and threaten large parts of the world’s population with flooding. Most of the interest in sustainability is not parochial – it is a concern for the future inhabitants of the globe as a whole.

Think about: Watch this Ted talk to see Johan Rockstrom discuss how the science of sustainability centres on the study of biophysical limits and the extent to which human activities are transgressing those constraints. He also provides additional historical context for sustainability.

How conscious are you of the global impact of local/national policies and decisions? Contrast your experience with those of your fellow learners by replying to some of their posts.