Find out more
Home / Nature & Environment / Sustainability, Society and You / The Effects of Social Norms and Social Networks on Sustainability

The Effects of Social Norms and Social Networks on Sustainability

Find out about the importance of social norms and social networks in developing initiatives to make people behave in a more sustainable way. 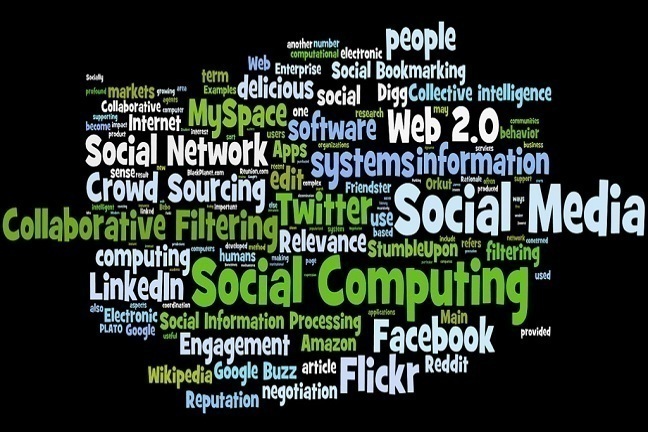 Rather than exploring in detail each of the nine principles of MINDSPACE, here we focus on the “N” of MINDSPACE – “Social Norms.” It is very rarely that people act purely as individuals. Most of our behaviour is social – with family, friends, colleagues or even strangers on the commute to work. Many strategies for promoting sustainable behaviour seem to forget this, and focus exclusively on people as individuals.

Too often, communications on sustainability are directed to the individual as a single unit in the larger social system. This can make the problems feel overwhelming, but through an enhanced awareness of what other people are doing, a stronger sense of collective purpose can be developed.

One of the most well-supported bodies of research on sustainable behaviour starts from the position that changing individuals’ actions is best achieved by highlighting and influencing the behaviour of others around them: focusing on social norms to promote sustainable behaviour. Social norms are simply the standards that we use to judge the appropriateness of our own behaviour. People tend to act in a way that is socially acceptable, and so if a particular behaviour (littering, for example, or driving a car with a large engine) can be cast in a socially unacceptable light, then people should be less likely to engage in it.

Pictures and videos of ordinary people (“like me”) engaging in sustainable behaviours are a simple and effective way of generating a sense of social normality around saving energy (Schultz et al., 2007). There are different reasons that people adopt social norms, and encouraging people to adopt a positive norm simply to “conform”, to avoid a feeling of guilt, or for fear of not “fitting in” is likely to produce a relatively shallow level of motivation for behaviour change. Where social norms can be combined with “intrinsic” motivations (e.g. a sense of social belonging), they are likely to be more effective and persistent (Climate Change Communication Advisory Group (CCCAG), 2010).

However, while social norms are a powerful and effective way of influencing sustainable behaviours, there are some pitfalls to avoid. As Cialdini (2003) demonstrated, the problem with campaigns and appeals based on social norms is that they often contain a hidden message. So, for example, a campaign that focuses on the fact that too many people take internal flights actually contains two messages – that taking internal flights is bad for the environment, and that lots of people are taking internal flights. This second message can make the campaign counter productive; by conveying how common the undesirable behaviour is, it can give those who do not currently engage in that behaviour a perverse incentive to do so.

In an experiment by Schultz et al. (2007), researchers examined the influence of social norms on the household energy consumption of residents of California. The researchers picked houses at random and then divided them into groups depending on whether their energy consumption was higher or lower than the average for that area. Some low-energy-use households received only information about average energy usage — thereby setting the social norm. A second group of low-energy households had a positive “emoticon” (happy face 🙂 ) positioned next to their personal energy figure, conveying approval of their energy footprint. A third group of over-consuming households were shown their energy usage coupled with a negative emoticon (sad face 🙁 ), intended to convey disapproval of their higher-than-average footprint.

Social networks are everywhere. Friends, colleagues, neighbours and family make up most people’s network of social contacts, and they have a powerful effect on our behaviour. The idea that information and innovation can spread through social networks is not a new one – in the field of commercial marketing, advertising campaigns targeting “opinion leaders” and influential individuals is commonplace. In other fields – health behaviour for example – campaigns often target peer groups and existing social networks, in the hope that the spreading of positive health behaviours will be more likely within groups of individuals who trust each other and pay attention to each others’ behaviour.

Social networks are important for creating a social identity that incorporates sustainability as a guiding principle (Rabinovich et al., 2010), rather than simply passing on a series of disjointed behaviours that may benefit the environment. If sustainable behaviour is incorporated at this level (and becomes defining for a social group) more significant behavioural changes (reinforced through peer pressure) are likely to be facilitated. Targeting social networks also helps to enhance “social capital’ – something that is critical for building the resilience to cope with and adapt to changes brought about by adapting to climate change (Rowson et al., 2010). Moreover, the efficacy of group based programmes at promoting pro-environmental behaviour change has been demonstrated on numerous occasions – participants in these projects consistently point to a sense of mutual learning and support as a key reason for making and maintaining changes in behaviour (Nye and Burgess, 2008).

More recently, online social networks have grown rapidly in popularity. If you are a member, just try searching for Sustainability on Facebook or #Sustainability on Twitter, and see what comes up.

Content sourced from Talking Climate on 18/04/2012 under a Creative Commons licence.

The psychology of sustainability

There is growing concern that sustainability is not possible given current trends and that understanding human interactions with the environment is a key aspect of ameliorating many of these issues. Psychology, as the science of human behaviour, is in a prime position to assist with this task. Human interactions with sustainability include human drivers of un-sustainability (e.g. over-use of limited resources), human consequences of instability (e.g. natural and technological disasters), and human responses to a changing environment (e.g. mitigation and adaptation).

Although progress is being made in the natural and physical sciences towards technological solutions and in political circles towards more sustainable policies, as we have just seen, an understanding of individuals is vital for these new technologies to be adopted and policies supported.

Think about: can you identify the social norms related to sustainability that have emerged during your own lifetime?