A case study about zoonoses associated with fish is discussed. HACCP, a risk based tool is also introduced. 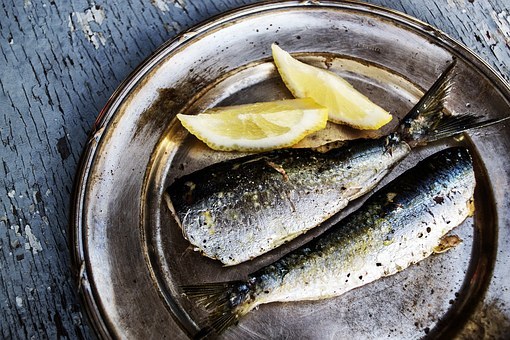 In this case study we will explore zoonoses associated with fish with a particular focus on trematodea and aquaculture.

Zoonoses is a disease that can be passed from animals to humans, also known as zoonotic diseases. Animals can carry harmful micro-organisms such as bacteria, fungi, parasites and viruses. These can then transfer to humans through direct contact or through food, water and the environment and cause illness. Zoonotic diseases range from mild to severe.

The taxonomic group that makes up fishes is the most diverse group of vertebrates worldwide. Historically, fishermen and fish handlers represented the human population exposed to fish zoonoses. However, the growth in aquaculture, i.e. the farming of seafood, has led to an increase in published cases of fish borne zoonotic cases since the 1950’s. Additional reasons for this increased growth include: new and improved diagnosis methods; increase in raw fish consumption; and globalisation of the food chain.

In particular, foodborne diseases caused by helminth parasites (parasitic worms), transmitted by fish and shellfish products pose major public health problems. Some of these parasites are highly pathogenic and the consumption of infected raw, undercooked or inadequately preserved fish will cause human infection.

The fish borne parasites come from three main groups (Table 1). Of these, trematodes are of most concern based on the morbidities of the associated diseases.

Trematodiasis is the infection of humans by tematode parasites. It is a serious public health problem in Asia and South East Asia, where approximately 90% of world aquaculture production occurs. Of particular concern are infections by species of the family Opisthorchiidae, the liver flukes.

The ultimate host is man or other animals feeding on fish. Human infection takes place through the consumption of raw, under cooked or under processed fish containing the infective stage of the parasite.

Generally, infections by liver flukes are asymptomatic, but high levels of infection and chronic infection can cause damage to the liver and the bile duct epithelium. This can result in gastrointestinal problems and bile duct cancer (cholangiocarcinoma).

Illness due to fish borne pathogens is the result of the consumption of raw or minimally processed/cooked fish. The incidence of disease would be reduced or eliminated if consumption of such products ceased. However, this is not feasible given the popularity of traditional fish dishes, including raw or lightly processed fish e.g. sushi.

These methods have proved successful in a number of countries, including Japan and Korea. However, in countries where the disease is an epidemic (e.g. Asia), they are not suffice. One of the main reasons for this is the popularity of the risky products in its raw or lightly prepared forms, and thus continuous consumption and re-infection. Ideally the goal would be the production of parasite-free fish.

A review by Santos and Howgate, 2011 argues aquaculture can achieve this goal. Aquaculture practices may directly impact the prevalence and persistence of fish borne trematode. Freshwater fish are commonly raised in ponds which are suitable habitats for snails. Snails are known intermediary hosts which carry the parasite. The use of untreated animal or human manure to fertilise the water can also contain the parasite and contribute to the numbers of trematode eggs in the water. Without good sanitation habits and efficient control measures the incidence of food borne disease from trematodes will continue to increase, particularly in the countries where the disease is an epidemic.

Control of the parasite requires control over the culture practices and environment. There are several stages in the life cycle of trematodes where control could be applied. A structured and systematic assessment of the complete production system is required to identify where control can be applied.

HACCP is one of the most widely used risk based tools for developing food safety management programs. It involves seven key principles:

If you would like to learn about HACCP in more detail a link to FAO’s guidelines for application have been provided here and in the “See Also” section below.

Please share your thoughts on fish zoonoses in the comments below.