Case Study: The Impact of Wetter Soils on Crop Nutrition and Toxicity 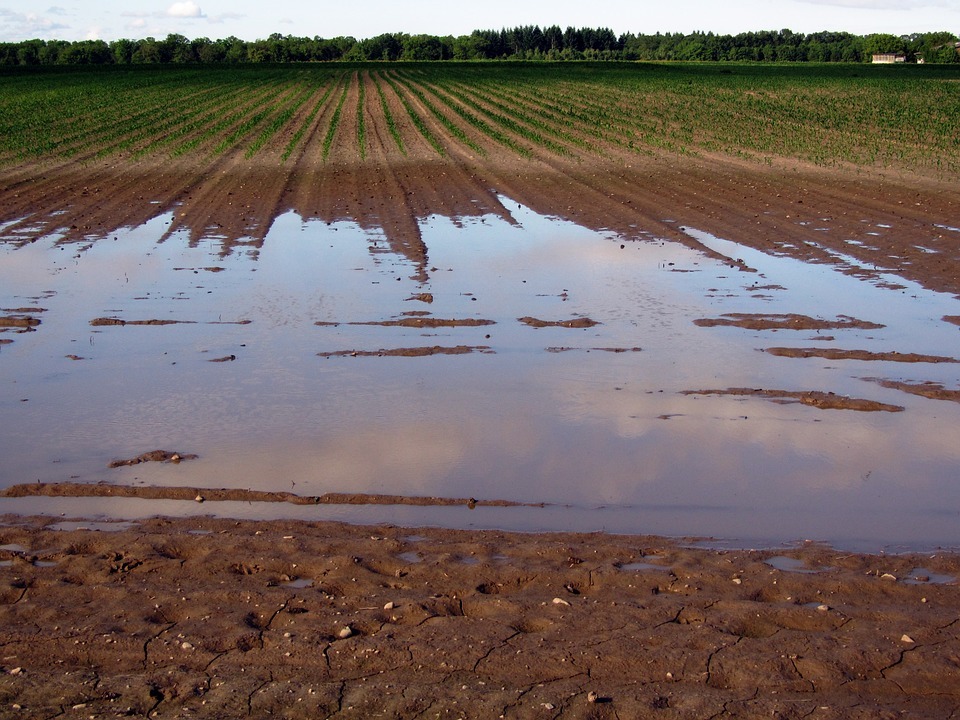 North Western Europe has been experiencing a shift in weather patterns leading to increased periods of enhanced precipitation. This has substantial effects on crop nutrition and toxicology.

Oxygen spreads much more rapidly in air than it does in water. Thus wetter and water logged soils alters the soil chemistry by reducing the amount of available oxygen. Any oxygen which is present in the soil under flooded conditions is rapidly used by soil microbes and plant roots, exacerbating oxygen depletion.

Metal(loid)s (e.g. arsenic and silicon) in the soil are sensitive to redox, i.e. the removal of oxygen. Water logging can lead to their immobilization or mobilization greatly affecting the availability of primary trace micro nutrients (e.g. selenium, zinc and copper) and non essential toxicants (e.g. magnesium causes toxicity in crops grown in water logged acid soils).

Anaerobic soil also effects the function of plant roots and may lead to decreased effectiveness of macro element absorption. This is because general metabolic impairment of root function alters the energization or permeability of root membranes. Moreover, the initiation of anaerobic metabolism (i.e. respiration in the absence of oxygen) in roots has additional implications on plant functions through the production of secondary products such as ethylene.

This systematic reduction in the ability of roots to assimilate plant nutrients has major consequences for the plant through:

Consequently, the flavour and nutrition of crop edible parts are impacted. This makes the plant less palatable or valuable as a nutrient source, or actually makes the plant a potential health risk through the enhanced accumulation of toxins.

Please consider the following question in the discussion area below.