There are a number of issues that relate to workers and communities that you should consider when starting a sustainable fashion business. 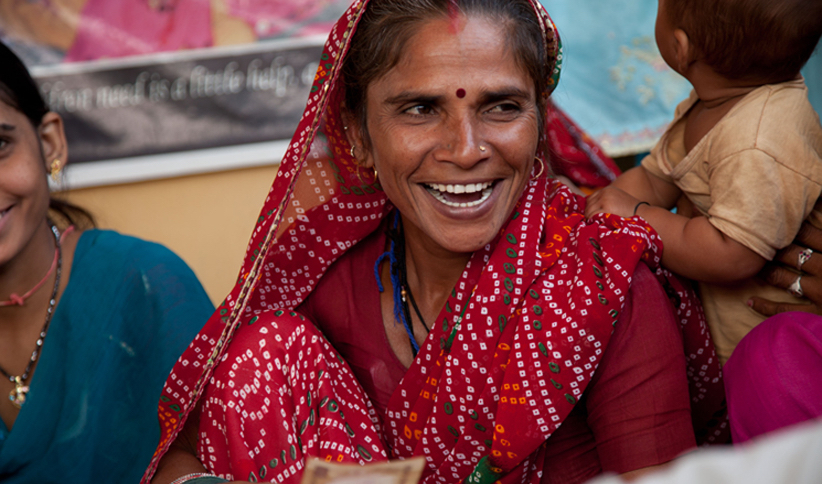 There are a number of issues that relate to workers and communities that you should consider. Your business decisions, even small ones, can have a direct and indirect impact on people working across fashion’s supply chains. In this article, we explore some of the key human challenges facing the fashion industry.

Despite a number of international standards, certifications and government legislation working to tackle human rights at work, working conditions are not up to scratch in many of the places where clothing, accessories and footwear is made. Systematic exploitation remains rife. The harsh reality is that basic health and safety measures do not exist for huge numbers of people working in fashion’s supply chains. The Rana Plaza factory collapse is the most extreme and familiar example.

Producers and garment workers might also face excessive hours, forced overtime, lack of job security, denial of trade union rights, poor health, exhaustion, sexual harassment, discrimination and denial of other basic human rights when on the job. These problems exist not just in places like Bangladesh but also in developed countries like the United Kingdom and USA.

The Global Slavery Index (2014) estimates that 36 million people are living in modern slavery today, many of whom are working in the supply chains of brands and retailers. According to Maplecroft’s tenth annual Human Rights Risk Atlas (2014), 49 countries are characterised as ‘extreme risk’ in the Forced Labour Index, which include many of the world’s textile and garment producing countries – Argentina, China, India, Thailand, Indonesia, Vietnam, Bangladesh and the Philippines, where regulations do not exist or are poorly implemented. Migrant workers and indigenous people are particularly vulnerable to forced labour.

Forced labour can be difficult to detect. Child labour and prison labour are perhaps the most commonly known forms. However, other forms of modern slavery exist via false promises of lump sum payments, comfortable accommodation or professional development in exchange for years of hard labour with no regular pay.

The legal minimum wage in most garment-producing countries is rarely enough for a worker to live on. Most of the world’s garments are made in Asia, and yet the workers who make them are not paid enough to live on. It is estimated that the current minimum wage in Bangladesh still only covers 60% of the cost of living in a slum. In Cambodia and China the minimum wage would need to be at least twice as high to cover the basic cost of living (Clean Clothes Campaign, 2014).

In the Cambodian garment industry, over 80% of workers are women, aged 18-35. In India, Bangladesh and across Asia likewise, most garment workers are women. Many of these women have children and families to provide for and no other income earners in the family to contribute.

According to Clean Clothes Campaign, one worker’s salary typically supports at least three people in a family. Not only do low wages keep garment workers in a cycle of poverty, but they also add to the pressure to work long overtime hours, which impacts on health and safety, as well as on productivity.

The way you place orders with suppliers can have a significant and systematic impact on working conditions along the supply chain. When you’re trying to run a profitable business you may need to find ways to cut the costs of your production and you may choose to try to negotiate a cheaper price from your supplier. Seems like a simple solution but the impacts of this small decision could produce negative ripple effects.

For example, does this lower price take into account the actual cost to make it? To keep costs down, the supplier may decide to sub-contract part of the order to another factory in which the standards may be much lower, without telling you. Last minute changes in your order too could pose a problem you hadn’t intended. Workers might be forced to work unpaid overtime or face intimidating demands in order to deliver these last minute changes or workers may not get paid at all if an order is cancelled at the last minute. Be aware of how your business model, design and product development decisions will affect those you will rely on to make your products.

Over the course of history, fashion has been an important vehicle for development – both on a local community level and on an international industrial scale. The modern British economy was developed in large part through textile and garment production, and now represents an estimated £37 billion contribution to the UK economy, totalling 1.7% of GDP (UK Fashion and Textiles, 2010). The American economy too has a rich history of cotton farming and apparel manufacturing. In recent years the textiles and garment sector has been critical to the growth of economies in China, India, Sri Lanka, Bangladesh and others. A healthy fashion industry has the potential to provide jobs and help to lift people out of poverty.

Many artisan traders face an uncertain future. In the 1950s, Italy was home to four million tailors. Today, this figure has plummeted to 700,000. A defining part of Italy’s artistic heritage risks extinction (DW.com, June 2013). Pascal Bourdariat, the director of French high-end jeweller Chaumet, estimates the number of craftspeople making luxury jewellery in Paris has halved over the past two decades. A few hundred years ago, thousands of people were making traditional kimonos – but today, there are only three families left in Japan who can do this work.