In this step, we explore how each of the three pillars of sustainability impact our global seafood industries. 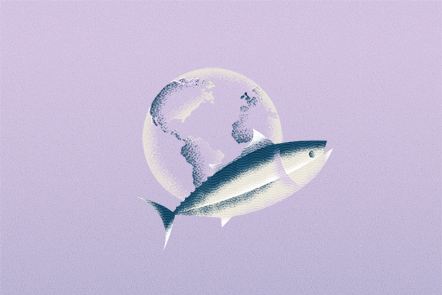 While the word ‘sustainability’ is often associated with environmental impacts, there are a few other important factors to consider when it comes to creating truly sustainable food industries.

According to the United Nations, sustainable development must consider not only environmental, but also social and economic factors.[1] Here’s how each of the three pillars impacts the sustainability of our global seafood industries.

Ensuring that our fisheries are managed in an environmentally sustainable way means farming or capturing wild fish with policy, practice, and technological options that aim to minimise or eliminate harm to the environment and other wildlife. Here are some examples:

For both wild capture fisheries and aquaculture alike, a sustainable seafood future must include safe and fair working conditions for those that produce our seafood. Unfortunately, wild-capture fisheries is both a physically dangerous industry and also one that is notoriously difficult to closely regulate on a global scale, making it highly prone to human exploitation. Even today, Illegal, Unreported and Unregulated (IUU) fishing accounts for an estimated 15-30% of global fisheries catch.[2]

As we’ll explore in step 2.14, these illegal fishing vessels often exploit labour from poorer coastal communities, exposing workers to unsafe conditions and even physical abuse. But the issue of human rights abuse also extends into many well regulated and largely legal fisheries. A recent study of 8,768,000 fishing vessels found a staggering 82% of vessels that ended their fishing journey at the ports assessed under the study were linked to labour abuse or IUU fishing.[3] With around 60% of global fisheries exports originating from developing countries, this issue is one that impacts all of us.[4]

Thankfully, there are a number of organisations working to protect human rights in the seafood industry. Both the MSC and ASC seafood sustainability labels have incorporated social sustainability into their certification programs, ensuring wild-capture and aquaculture reared seafood is meeting third party standards on fair working conditions and safety. Other global organisations like the International Labour Organisation (a specialised agency of the UN), Humanity United and Fairtrade have similarly been fighting for stricter regulations on fisheries and the protection of human rights in the seafood industry.

Without economic stability and profitable markets for seafood, the global fisheries industry cannot continue to exist beyond a subsistence level. But creating sustainability around this profitability relies on a long-term approach – one we have only recently shifted into. For many decades, the global fisheries approach has been driven largely by short term economic incentives that aim to capitalise on profits – becoming an industry worth 253 billion US in 2021.[5]

Profit was prioritised over ecological capability, which has led to overfishing and the decline in marine ecosystems for many fisheries around the world.[1] Paired with the lack of data and understanding around the way many fish species grow, live and reproduce, improved catch methods meant the overexploitation of fish populations at a rate that was often far greater than the rate by which they could reproduce and maintain a steady population.

With the decline of fish populations, fishers found it harder to catch them season after season. This, combined with the cost of fuel and upgraded equipment, longer fishing trips and workers’ wages, also exacerbated the exploitation of labour and illegal practices, as many fishers became desperate to cut costs and boost their profits wherever they could.

After noticing this trend in increased economic cost per unit of catch, some nations started to favour a longer term approach that leaned on scientific advice on optimal catch levels. By using data on certain target fish populations, fisheries scientists can now provide detailed forecasts for how a fish population might grow or reduce under different fishing scenarios, allowing them to offer suggestions for governments on how much fish catch should be allowed each year.

By combining this scientific approach with proper management and enforcement, fisheries can theoretically be maintained indefinitely at a rate that is not only environmentally sustainable, but one that’s also economically viable for those involved or dependent on the industry.

We’d like you to let us know how would you rate your knowledge of sustainable seafood as of today. You can see how you compare to your fellow learners by looking at the results.