Environmental impact on the oceans

In this step, we explore the environmental impact of fishing on the oceans 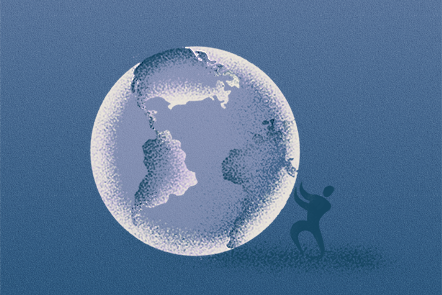 According to the most widely used mathematical model to estimate the health of fish stocks, fishing is sustainable if it allows fish populations to remain constant, in equilibrium.

In other words, fishing is sustainable only if the amount of fish caught still allows for a fish population to fully repopulate. When the population falls below a certain threshold and the number of fish removed is greater than the amount it can replace, which is different depending on the fish stock, fish populations will begin to decline.[1]

The impact of overfishing

This means that overfishing can impact entire ecosystems by creating an imbalance in fish populations. These imbalances can eventually erode the functionality and crucial balance of the food web. For example, the target of many fishing vessels are small pelagic fish species, such as small tuna species and herring. Small pelagic species form the basis of the marine food web, providing a critical food source to large fish, marine mammals and seabirds. As a consequence, any commercial activity or harvest that affects the productivity or availability of food for large pelagic species will affect the ecosystem.[2]

Overfishing can not only reduce the size of a fish population, but it can also change the size of fish remaining, alter the way they reproduce and the speed at which they mature, and can lead to a loss of other important marine life that is not the primary target of fishing, such as sea turtles and corals.[3]

Also, fish have an important role in marine ecosystems. An example: parrotfish on coral reefs eat seaweed and allow corals to flourish. If fish such as parrotfish are overfished, they cannot carry out their role and reefs are going to suffer from it too.[4]

The impact of fishing techniques

And overfishing is not just about the quantity of fish that is taken out of the ocean: there are specific kinds of fishing that are more impactful on the environment than others. For example, bottom trawling – the practice of dragging enormous nets along the ocean floor to catch shrimp, whiting, cod, and other fish – destroys the natural seafloor habitat of many species, because it resuspends bottom sediment, changing nutrient levels and the entire chemistry of the water. The species who live at the bottom of the sea and in particular in the sediments are affected by this, if not outright destroyed.[5]

A new body of evidence has shown that bottom trawling might also have a big impact on how much global-warming carbon dioxide is released into the ocean. A 2021 paper published in Nature calculated the CO2 impact of bottom trawling and concluded that it does release as much CO2 as the global aviation industry. This has, inevitably, a trickle-down effect. A warmer climate means warmer waters. And warmer waters mean, again, disrupted marine ecosystems.[6]