As explored in previous steps, we now know that marine capture fisheries play a crucial role for global food security, and are the primary source of livelihood for close to 40 million people in the world.[1]

Of these, around 85% live in Asia, where growing fisheries exports have brought about significant economic growth over the past years.[2]

However, a surge in demand for cheap seafood, especially from wealthy importing countries, have pushed several fisheries to sell at rock bottom prices and rely on illegal, exploitative practices against crew members.[3]

Why fisheries workers are vulnerable to exploitation

Migrant workers are recruited to work aboard fishing vessels through brokers or middlemen who are known to mislead them about wages and working conditions. [3] Desperately in need of a job, workers often end up signing contracts that are in languages they do not understand, without enquiring about issues like rest hours or deductions. Laws in the employing countries often extend fewer rights and social protection to these workers. For instance, Thailand does not allow migrant workers to form or hold leadership positions in labour unions.[4] Such restrictions leave migrant workers without a platform to voice their grievances or to gain compensation for their mistreatment.

Fishers have often been described as a hidden workforce. Operating remotely at sea and constantly moving, fishing vessels often go unnoticed by law enforcement and fisheries management authorities for extended periods of time before returning to port.[3] With some government subsidies also allowing fishers to buy vessels at a reduced price, there are now more boats than ever to keep track of, with over 4.6 million vessels currently operating in our oceans – a twofold increase in the number of fishing vessels in our seas since 1950.[5]

Once away from the mainland, workers’ ability to freely communicate with the outside world can be removed by ship captains and they cannot request authorities to intervene in case of exploitation or even escape. Instances of workers being forced to work for reduced wages as well as being subjected to abuse have been recorded by several human rights groups and media outlets.[3,6]

Ideally, fishing vessels return to the port after storage space on board has been used up and the fish needs to be landed. However, to keep workers at sea for longer and avoid inspections, some fishing companies resort to the ‘trans-shipment’ of their catch.[3] This involves transferring the catch from the fishing vessels to refrigerated cargo ships at sea that brings the fish back while workers must remain at sea for extended periods. Trans-shipment vessels also supply fishing vessels with fuel to enable them to stay at sea and keep fishing for longer.[3] Such vessels are also known to employ trafficked workers who are forced to work in conditions that can be described as modern slavery. 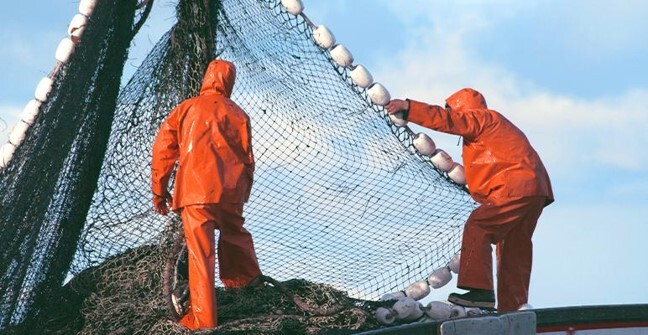 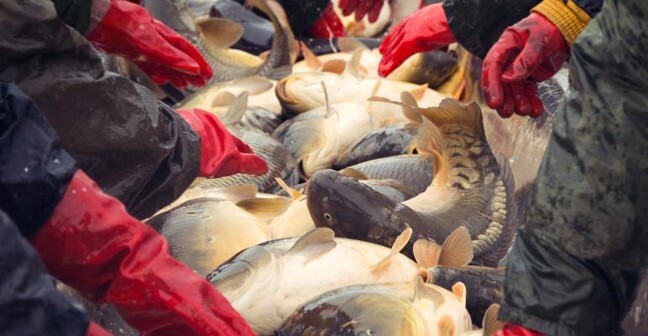 What the European Union is doing about it

As the largest seafood importer in the world, the European Union has the power to act as a key driver for better industry practices. In 2008, this market muscle was flexed as the European Commission issued a carding system, wherein countries that were determined to be performing poorly with regard to controlling illegal and unregulated fishing in their waters would receive a warning or a ‘yellow card’. This starts a formal dialogue between the Commission and the country to solve the issues. If this dialogue is productive, the ‘yellow card’ is replaced with a ‘green card’. If a yellow-carded country fails to make any changes, it is issued a ‘red card’ and consequently banned from exporting fish to the EU.[10] 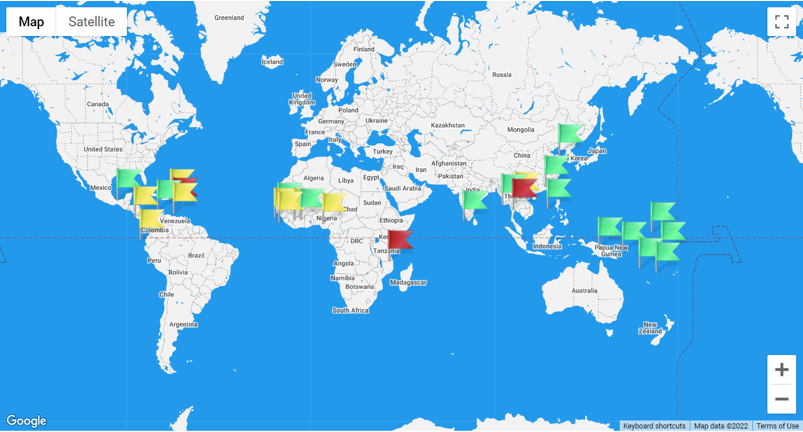 Although these measures have resulted in some improvement in traceability and monitoring of fish trade, they rely solely on financial sanctions and therefore cannot eradicate labour issues in marine capture fisheries alone.[11]

Let’s discuss: What do you think the different stakeholders can do?