Several industries have driven the climate change crisis despite the stakeholders knowing the underlying dangers. Many sectors have contributed to the climate change catastrophe. Based on the last several years, we can all agree that environmental contamination will be at an all-time high in 2022.

There is no accepted method for determining the most polluting industries. Air, water, soil, light, and noise are all significant sources of pollution. But, even though they all constitute a hazard to our health, air and water pollution offer the greatest danger.

In 2017, air pollution was responsible for approximately one out of every ten deaths. As a result, about 1 billion children are at an ‘extremely high risk’ of the impacts of the climate crisis.

Road Transportation-related CO2 emissions account for approximately a quarter of the world’s total. Even though trains, aircraft, and cruise ships all generate more carbon dioxide than a single automobile, road transportation by far is the most polluting.

Today, many individuals own cars, and passenger vehicles release 4.6 metric tons of CO2 each year. For example, in the USA, 87% of the adult population owns a private car, each of which emits 4.6 metric tons of CO2 annually. As a result, the transportation sector accounts for more than 20% of total carbon emissions.

Meat and dairy products are a natural component of our diet. But, as the world’s population continues to rise, so does the pressure on the planet’s resources. A surprising 13–18% of global greenhouse gas emissions come from agriculture. Cows are the primary source of agricultural methane and nitrous oxide emissions (65%).

While not all clothing is environmentally harmful, the widespread usage of fast fashion is. When inexpensive garments are disposed of, favouring a new one, this word relates to the overall lifestyle. These clothing are often constructed of low-quality textiles and contain microplastics, posing a significant environmental hazard despite advances in technology. At the moment, fashion production accounts for 10% of global carbon emissions. 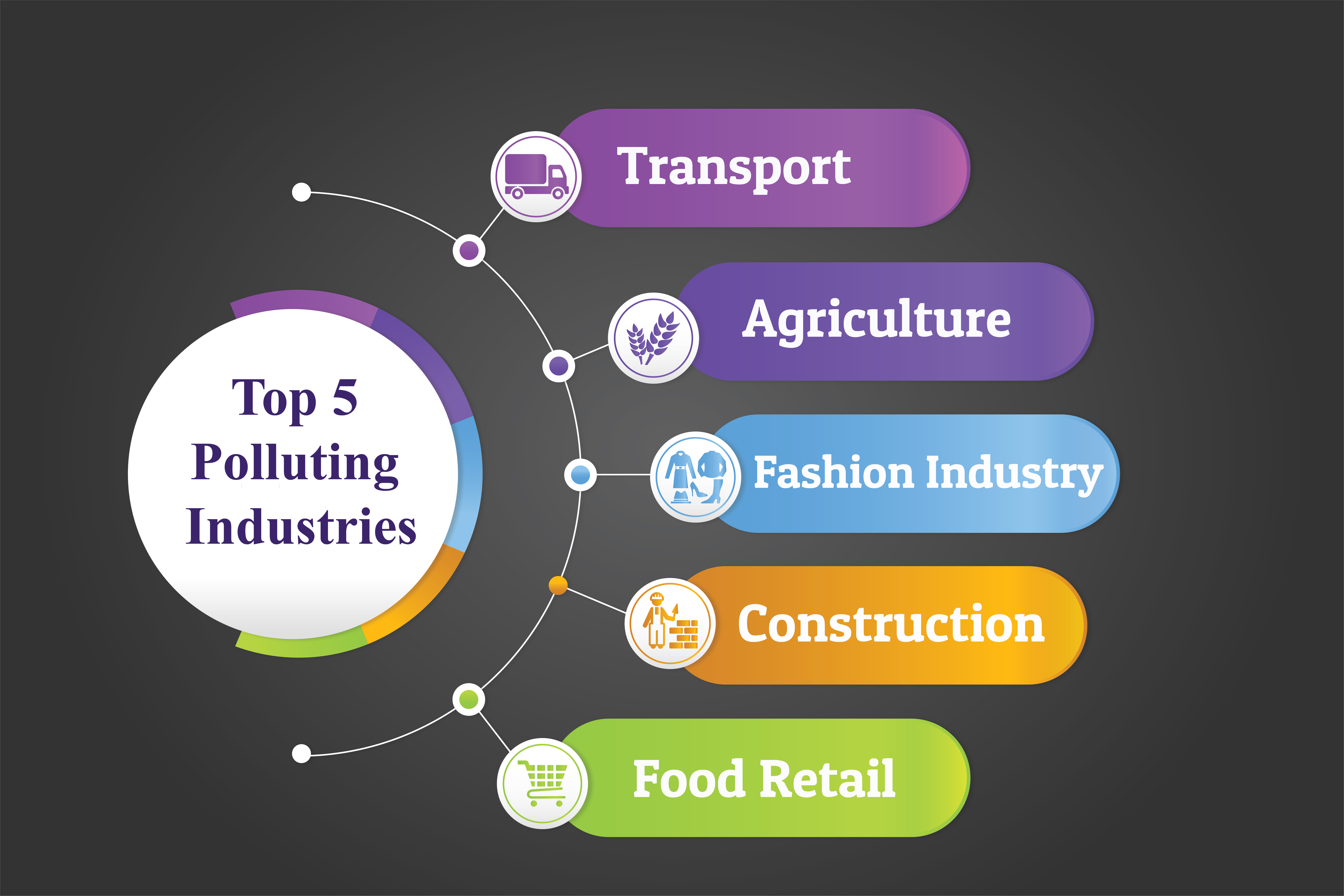 With the development of fast fashion, garment turnover has risen, adding to greater waste. Each year, 85% of textiles are discarded to stay current. People move on to the next greatest thing when they’ve worn out the best of the season’s finest.

Is it any surprise that the construction business uses half of the all-natural resources on Earth? The wood harvested and the water have withdrawn 25%, landfill wastes are 50%, and total world trash is 25%. More importantly, it contributes to air, water, and sound pollution. Construction is a significant source of pollution, even for those who live in cities and are accustomed to it daily. The most effective way the building sector affects our world is its reckless use of raw resources.

On average, 400 million tons of material are pulled from the ground every year for this business. More shocking is that the sector is responsible for 50% of all-natural resource exploitation globally. It accounts for one-sixth of world freshwater use, one-quarter of wood usage, and one-quarter of global garbage.

Not only is this abruption of nature damaging the land — it’s harming the wildlife too. By degrading local ecosystems, this enterprise is affecting the lives of numerous creatures.

Our ever-growing population has generated a significant disparity between food supply and demand. Ironically, we are wasting many tons of food every day. In addition, food sellers waste plenty of packaging each day around the globe. This increases plastic pollution, one of the primary causes of thousands of marine creatures’ deaths. Cows, whales, dolphins, and porpoise species are among animals that swallow plastics and die within a short period.

What can we do to improve the overall impact on the environment?