Find out more
Home / Nature & Environment / Engineering / Sustainable Transportation: An Introduction to E-Mobility / How does an electric vehicle work?

How does an electric vehicle work?

In this section, we will learn about how an Electric Vehicle operates and how long must it be plugged in to charge?
© Labdox Private Limited

The idea of operating an electric automotive motor based on a physical process was invented near the end of the nineteenth century. To work correctly, electric vehicles (EVs), as opposed to gas-powered automobiles, do not need the usage of internal combustion engines (ICEs). Electric vehicles (EVs), propelled by an electric motor and rechargeable battery pack, go along our roadways without consuming gasoline, emitting dangerous exhaust emissions, or causing as much noise pollution as possible in conventional vehicles. 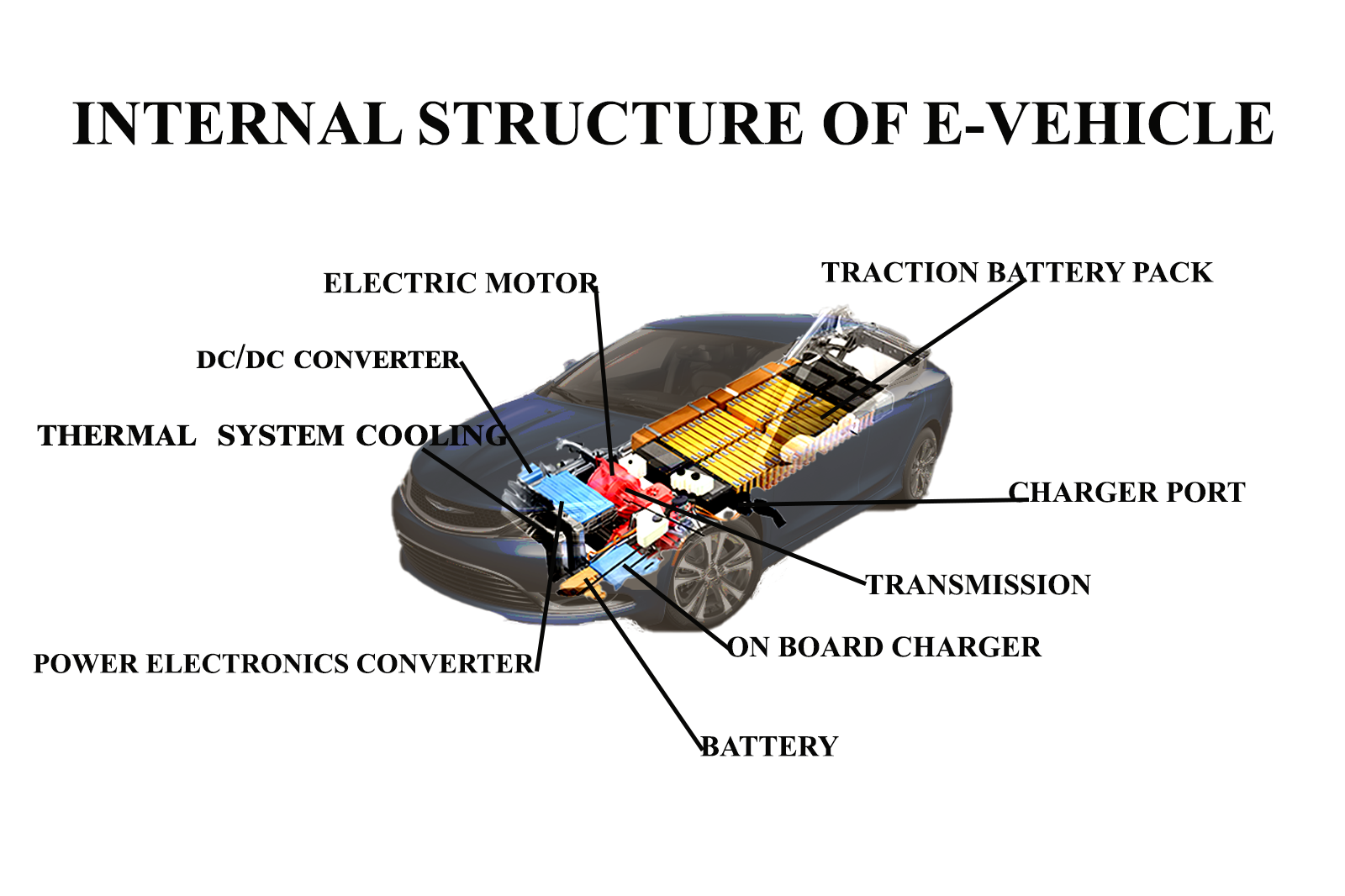 The following is a simple explanation of how electric vehicles operate:

Electric vehicles (EVs) collect energy from a charging station and store it in their batteries. The battery provides electricity to the motor, responsible for moving the wheels. This motion is made possible by many electrical components working together in the background.

Electric vehicles operate by connecting to a charging station and using energy from the power grid. Then, they store the energy in rechargeable batteries powered by an electric motor to spin the wheels. As a result, electric vehicles accelerate more quickly than vehicles powered by standard gasoline engines, making them seem lighter to drive.

A battery pack stores the power drawn from the grid. The kWh, or kilowatt-hours, unit of measure for this restriction is used in electric vehicles. Although engineers may have reserved a small percentage of the battery’s total capacity for technical reasons relating to battery life and safety, most batteries are rated for their usable kWh capacity.” Newer versions (such as the Chevy Bolt EV and the second-generation Leaf) have 40–60 kWh batteries, but most commonly used EVs have packs of 20–30 kWh. With each kilowatt-hour of battery capacity, an electric vehicle may go a varied mile. Although the general rule is that larger batteries enable a car to travel farther, they also cost more.

When you’re on the road

The battery provides energy to the electric motor, a small, powerful – and silent – equipment that can use to replace the engine in a gasoline or diesel vehicle. In addition, direct drive is used to move the wheels in almost all passenger electric vehicles, eliminating transmission.

The vehicle’s wheels are powered by an electric traction motor that draws power from the vehicle’s traction battery pack. Some cars utilize motor-generators that do both the driving and the recharging.

Electric vehicle inverters convert the flow of electrons from the battery pack’s Direct Current (DC) to Alternating Current (AC), which is then utilized to power the vehicle’s electric traction motor. Inverters are required components for electric vehicles because lithium-ion batteries can only receive direct current (DC) power and because electric traction motors need alternating current (AC) electricity to work. Inverters are also used to modify the frequency of the alternating current electricity transmitted to the engine; therefore, they directly impact the speed of an electric vehicle.

Incoming AC power from the charge port is converted to DC power and used to charge the traction battery through the onboard charger. This device can also talk to charging equipment and keep track of several essential parameters about the battery while it is sent.

How long you must plug your electric vehicle into a power outlet to recharge its battery?

It is dependent on a variety of things. The good news is that all current EVs can tolerate charging rates of at least 240-volt, Level 2, which increases your battery pack’s range by around 25 miles per hour. In addition, in each MYEV listing, you’ll find out whether an EV is compatible with rapid charging technologies like CHAdeMO or SAE Combo, which may recharge a battery’s capacity to 80% in as little as 20 or 30 minutes. DC Fast Chargers, like Tesla Superchargers, can only be used by Tesla vehicles but are widely accessible throughout the United States, making cross-country driving a unique selling factor for these automobiles.

The range of electric vehicles

Depending on the car, you can only go so far with a fully charged battery. The operating range, battery capacity, and efficiency vary from model to model. Choosing the best electric vehicle for you will be based on the fact that you won’t have to stop and recharge mid-journey.

Electric vehicles have not been embraced because of their short driving range, lengthy recharging periods, and a lack of commitment from manufacturers to build electric cars that offer all the creature pleasures of gasoline-powered automobiles. However, the world is changing; Major manufacturers are anticipated to produce a new generation of electric vehicles as battery technology advances, simultaneously improving energy storage and cutting costs.

In addition to reducing our dependence on oil, electric automobiles are less expensive to run and create no exhaust emissions. Moreover, it is still good for the environment since it decreases the overall carbon footprint. One of the advantages of electric cars is that they don’t need to be serviced as often as gasoline-powered vehicles, such as oil changes and emissions checks, which may be time-consuming and expensive.