This article explains why towns and cities are adopting climate emergency strategies, and offering a roadmap for meeting a net-zero target.
© University of Reading

We live in an urbanised world with more than 50% of us already living in cities, and this is set to increase to 70% by 2050.

Much of this urban growth will be in megacities of more than 10 million people but smaller and medium-sized cities will grow and increase in number as well.

The implications of city living on climate change

This has very important implications for climate change because cities are not only a major source of carbon emissions but also consume much of the world’s energy. For example, a recent report (published in July 2021 by Frontiers in Sustainable Cities) suggested that more than 50% of the world’s greenhouse gas emissions were produced by 25 megacities, many of which are in China.

Although they occupy only 2% of the earth’s surface, cities can also impact directly on weather patterns and climate change through, for example, the ‘urban heat island effect’. And the fact that they’re often situated close to coasts and on floodplains means many cities are prone to flooding and changes in sea level. According to CDP, it is expected that climate change will create an estimated 140 million ‘climate migrants’ by 2050, who are forced out of their homes due to rising sea levels, crop failure, and water scarcity.

On the positive side, however, cities can act as engines for economic growth and as centres for social learning. Also, the technological solutions available to us today, which can help us to mitigate (by reducing emissions) and adapt to climate change, are more easily accessed and developed in our cities, through economies of location and economies of scale, because so many people live in them. 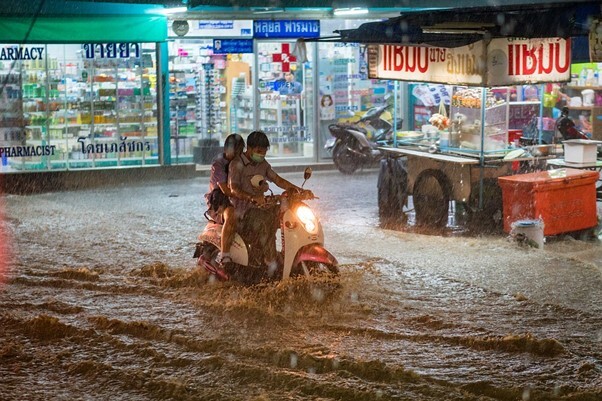 The ‘built environment’ of cities, which includes our buildings, transport, and other infrastructure as well as the ‘made’ spaces in between our buildings and underground, is a key focus for tackling climate change.

For example, the UKGBC estimates that the built environment contributes to about 40% of the UK’s total carbon footprint, and almost half of this is from energy used in buildings (for example, plug loads and cooking) and infrastructure (for example, roads and railways).

Mitigation, by making large numbers of buildings more energy efficient in our cities, can play a very important role in helping us keep global warming to less than 1.5⁰C.

Retrofitting of the built environment and dealing with existing buildings, which make up the majority of building stock in many cities, is, therefore, an important feature of many of the city visions and climate emergency declarations that have emerged over the last few years across the world.

Climate emergency strategies such as the one we have developed in Reading (Reading Climate Action Network) offer a roadmap for meeting a net-zero target by a specified date.

In the case of Reading, this is net-zero by 2030, which means the CO2 emissions produced are counterbalanced by the CO2 taken out of the atmosphere.

Achieving this is often challenging and complex because decision-makers need to engage with people, businesses, government, the public sector, and other groups to develop strategies for the future. Some local governments have used Citizen Assemblies to help do this and others have also tried to ensure the transition to a sustainable future is equitable and fair for everyone (a ‘just transition’), in accordance with the Paris COP21.

In Reading, this idea of a just transition has been underpinned by the Reading Economic Recovery Strategy following the recent COVID pandemic. This places a particular emphasis on creating ‘green jobs’ and developing sustainable economic growth.

Other cities and towns, including Bristol, Newcastle, Sydney, and Johannesburg, have developed broader ‘city visions’ (shared and desirable views of the future) to re-imagine, and even redesign, their built environments in the longer term to 2040 and 2050. 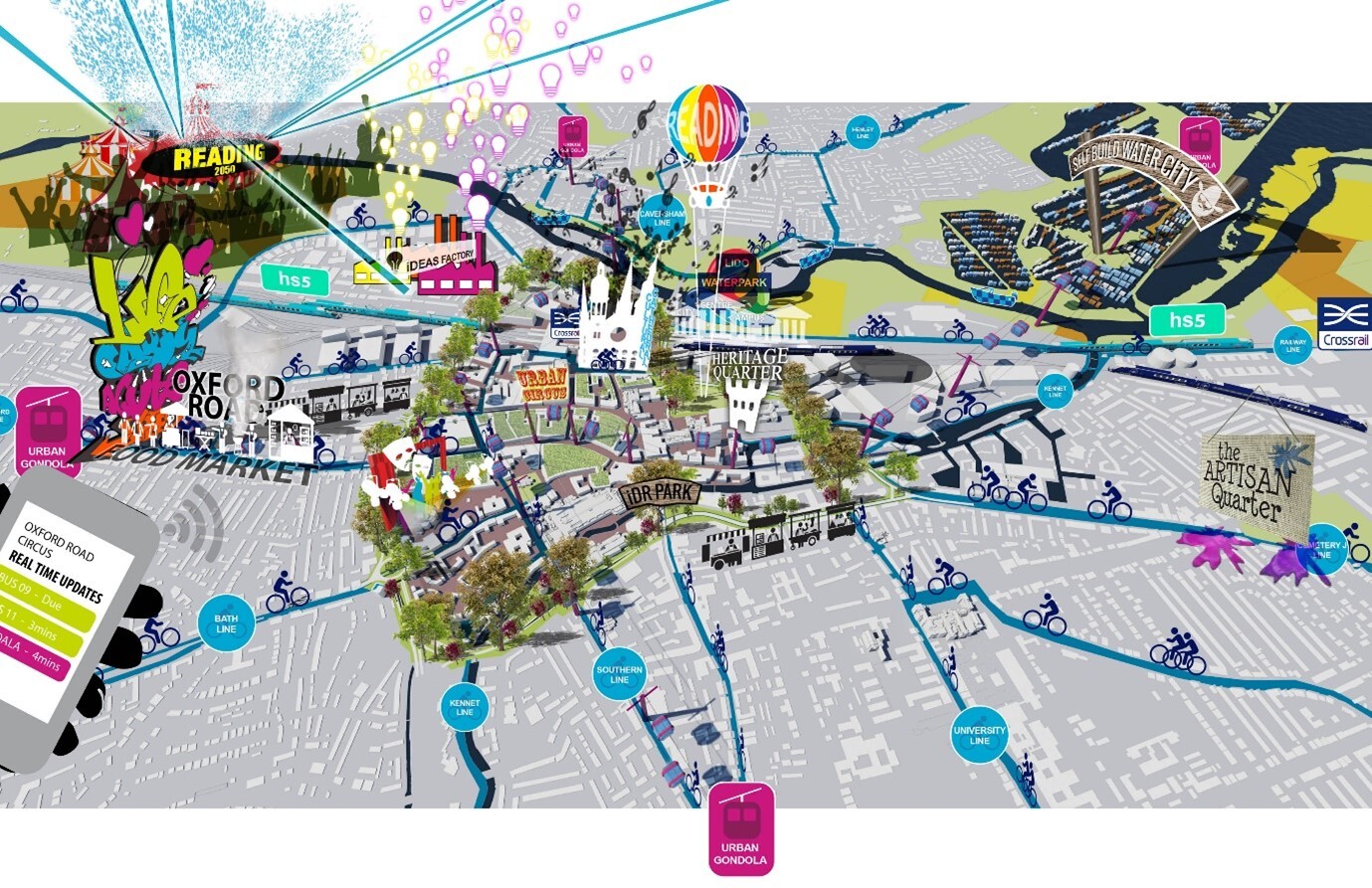 Reading 2050 (image: courtesy of Reading2050, a collaborative initiative, jointly led by Barton Willmore, Reading UK, and the University of Reading). Click to expand.

This is part of what can be called ‘urban futures’ thinking, which was used in the ‘smart and sustainable’ Reading 2050 project. It means working with key groups to imagine what cities and urban areas will be like in the long-term (beyond 20 years), how they will operate, what infrastructure and governance systems will underpin and co-ordinate them, and how they are best shaped and influenced by their primary stakeholders (people, governments, businesses and investors, academia, and others).

The recent COVID pandemic has provided a real opportunity to think about how we can do things differently and how we might create a more sustainable future for our cities.

‘Now we all have a choice. We can create transformational action that will safeguard the living conditions for future generations. Or we can continue with our business as usual and fail. That is up to you and me.’
-Greta Thunberg

‘Urban futures’ thinking and transforming the built environment in our cities should be at the heart of our action against climate change and there’s a part for each one of us to play.

If you’d like to learn more about how to tackle climate change, check out the full online course, from the University of Reading, below.