What is glacier mass balance?

This article describes the important glaciological concept of glacier mass balance, which describes how glaciers shrink and grow (by David Rippin). 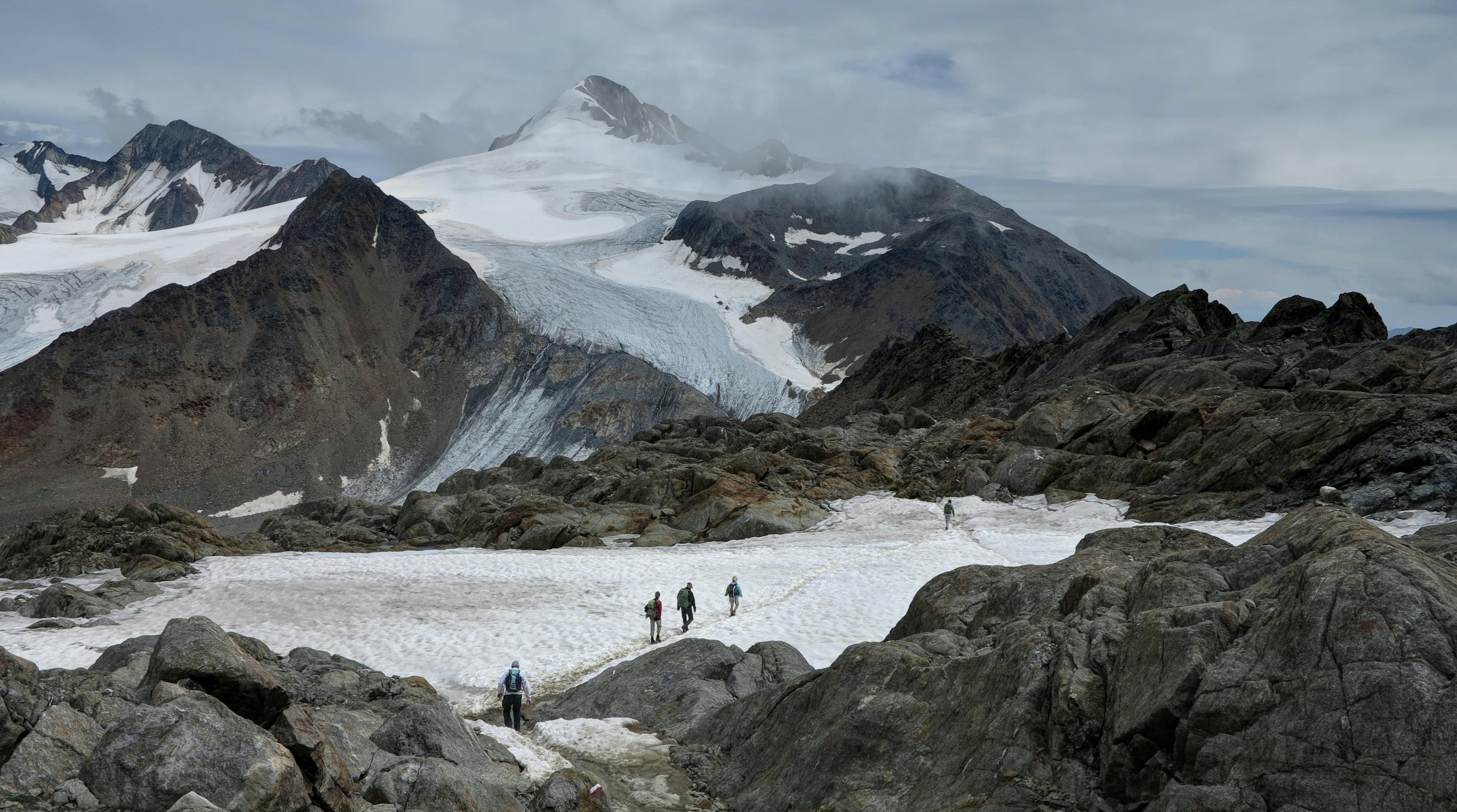 We’ve found out already what conditions are required for glaciers to exist, and from the understanding gained there, it is apparent that glaciers can grow further by adding more snow to them.

Conversely, they can shrink if some of that snow is ‘taken away’. What we actually find in most glacial environments is that every winter, some snow is added to a glacier, increasing its size, whereas every summer, some snow and ice melts as it warms up, reducing the size of our glacier. That means that at the end of a year, whether a glacier has grown or shrunk is all about the balance between how much snow has been added and how much melt has taken place over the preceding year – i.e. the sum of the gains AND losses.

This balance between addition (known as accumulation) and melting (known as ablation) defines what we know as the mass balance of a glacier. If a glacier is perfectly in balance with climate, this means that it is neither growing nor shrinking. If this is the case then it means that the amount of melting that takes place over the summer months is matched exactly by the amount of snow that’s added (and converted into ice) in the winter months. Glaciers that behave like this are said to be in equilibrium or balance with climate. If more snow is added to a glacier over the course of a year than is lost due to melting, then this means that the net overall effect is that we’re adding mass to the glacier.

In such circumstances we say that our glacier is experiencing positive mass balance which means that it is growing. Under such circumstances the glacier might get thicker, wider or longer (i.e. advance) or some combination of all of the above. If, however, more melting (ablation) takes place over the course of a year than the amount of snow that is added, then the net effect is that we are, overall, removing more mass than is being added to our glacier. Under these circumstances, our glacier is said to be experiencing negative mass balance, which means that it is retreating, thinning and overall, getting smaller.

The above explanation means that on most glaciers, there will be a region or zone where the amount of melting (ablation) over the course of a year is matched precisely by the amount of accumulation (snow added). The location at which this happens is known as the equilibrium line. The location or altitude of the equilibrium line is very significant, since it rises and falls according to climatic conditions. For example, if a glacier is growing, it means that the size of the accumulation zone is relatively larger than the size of the ablation zone. For this to happen, the equilibrium line altitude decreases, so that the altitude at which net snowfall is found reaches lower down.

If a glacier is shrinking then this means that the proportion of the glacier experiencing net mass gain gets smaller relative to the size of the glacier region experiencing net mass loss. In order to facilitate this, the equilibrium line altitude gets higher. We therefore use changes in the equilibrium line altitude as an indicator of a glacier’s health.

In the world today, we are experiencing unprecedented global warming in large part due to anthropogenic climate change. As a result the vast majority of glaciers around the world are retreating and getting smaller. This occurs because the size of the accumulation zone is getting smaller and smaller, as the equilibrium line of glaciers rises, leaving more and more of a glacier’s volume to experience net mass loss.