In this article, Dr Bryce Stewart examines the pros and cons of aquaculture as a response to dwindling wild fish stocks. 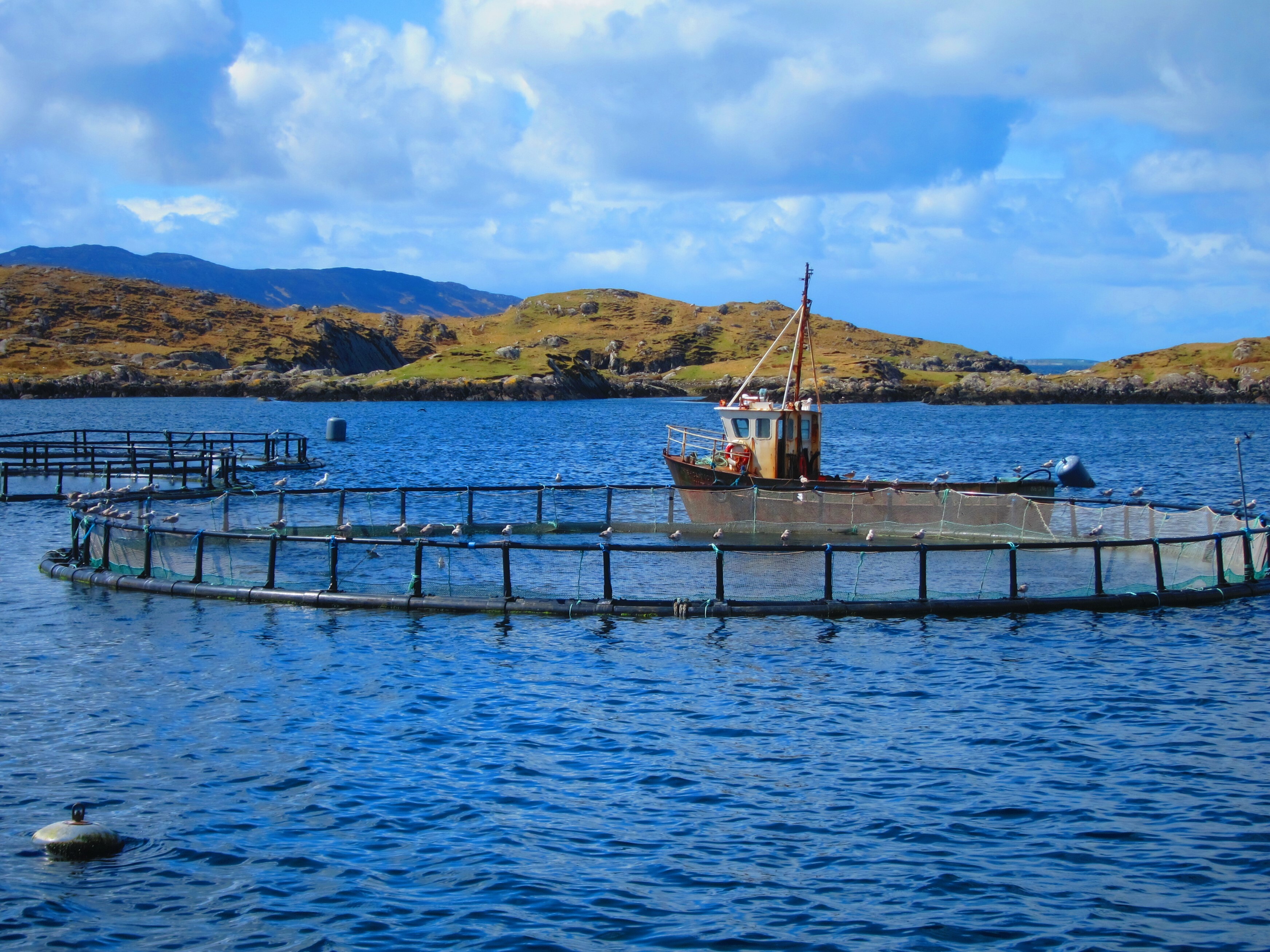 In response to the growing challenges facing marine capture fisheries, many have suggested that fish farming, or aquaculture, is the solution.

It is true that even if wild fisheries are perfectly managed we won’t be able to take much more fish from the ocean, so aquaculture does indeed play an important role in feeding a growing global human population. Aquaculture has been practiced for thousands of years, but has really taken off in the last few decades. In fact, it is the fastest growing food sector on the planet – increasing by over 527% since 1990! Last year, for the first time, aquaculture produced more seafood than wild fisheries – over 100 million tonnes. Check out this fantastic animation of how the balance has changed.

When people in the western world think of aquaculture they mostly think of farmed salmon. It’s true that salmon is incredibly popular and that if you eat salmon in the UK it will almost certainly have been farmed. Many have also heard about the negative aspects of aquaculture – that the feed is unsustainable, and that it pollutes the water, spreads disease and destroys the genetics of wild fish populations.

These are all legitimate concerns, but it is important to note that many other species of fish can be farmed that don’t produce these negative consequences. In fact the farming of shellfish such as oysters, scallops and mussels is thought to provide a net environmental benefit. These species absorb carbon (helping to tackle climate change), filter the water and don’t need any artificial feeding. Some say they are an even more environmentally friendly food source than many vegan choices!

For a powerful argument as to why aquaculture is so important, and how it can be developed sustainably, please have a look at this TED talk by Mike Velings. We will discuss the role of aquaculture further in a session at the end of this week.