How the ocean works

In this article, Dr Bryce Stewart examines the physical forces in the ocean that shape our coastlines and transport marine lift, nutrients and heat. 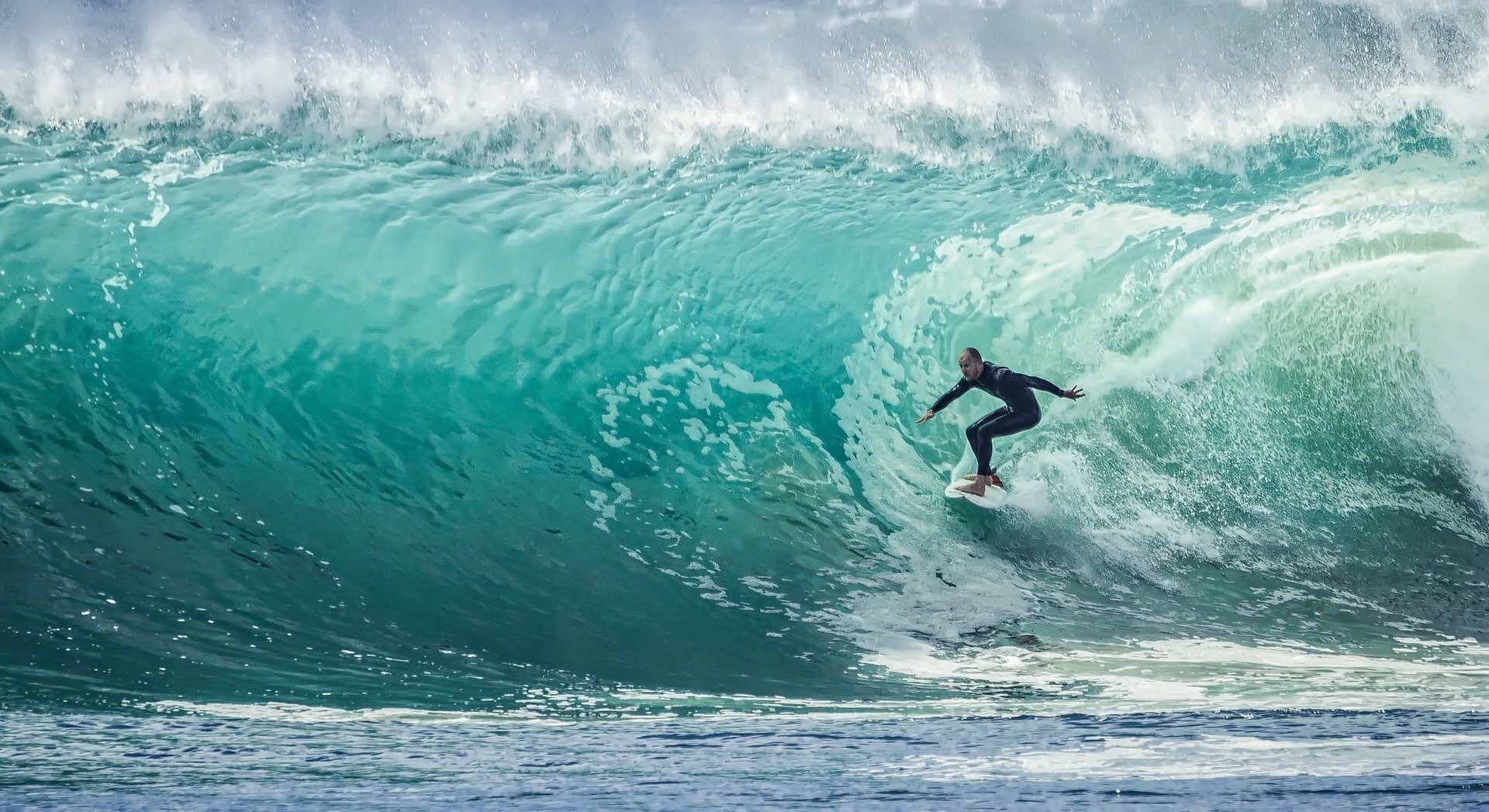 A key feature of the ocean is that being a liquid, it never stays still. This is crucial to the way the ocean functions and supports life on Earth. If you are a wax head (surfer) you might be thinking of the waves that pound your favourite break. Big waves are certainly impressive, the largest wave ever ridden was estimated to be 25 metres high. But that was a ripple compared to a tsunami generated by an earthquake off Alaska in 1958. This caused a wave over 30 metres high that snapped trees 500 metres above sea level after it ran ashore!

However, while waves certainly help shape our coastlines and support a global tourism industry worth an estimated £8 billion, they are not the most important forces at work.

‘Time and tide wait for no man’ as Geoffrey Chaucer famously said. Tides are generated by the gravitational pull of the moon and the sun and cause sea level at the coast to rise and fall once or twice a day by anything from a few centimetres in the Mediterranean to 15 metres in the Bay of Fundy, Canada.

Tides are also important in shaping our coastline. Furthermore, many important ecosystems such as mangroves, saltmarshes and seaweeds have adapted to live in the ‘intertidal zone’, the area of coast covered and exposed by the rise and fall of the tide. These ecosystems often support high levels of biodiversity, and are important for storing carbon and therefore fighting climate change. Intertidal areas are also a focus for human activity, whether it is rock pooling with your kids or strolling along the beach with your partner.

But again, the ebb and flow of the tide is not the most important planetary process at work. What really matters are the ocean currents that circulate the seas from the surface to the depths and the equator to the poles. This process is driven by a combination of winds in the atmosphere and rotation of the Earth. Winds move the surface layers, and the Coriolis force (caused by the spin of the Earth), makes these surface currents curve, either away or towards the coast. Where they curve away from either the coast or each other, they bring up nutrient rich water from the depths.

These upwellings drive some of the most highly productive marine ecosystems, and therefore fisheries, on the planet. Surface currents also connect to deepwater currents to produce what is known as the thermohaline (thermo – heat, haline – salt) conveyor belt. This whole system is vital for distributing nutrients, food, marine life and heat around the world, thus supporting marine ecosystems and regulating our climate as it moves heat from equator to the poles.

For an excellent explanation of the mechanics behind tides, check out this short video on How tides work.

For a great explanation of currents, watch this video: How do ocean currents work?.