Article by Joe Finney - the writer of the BBC Micro:bit's runtime about the ideas behind the small device 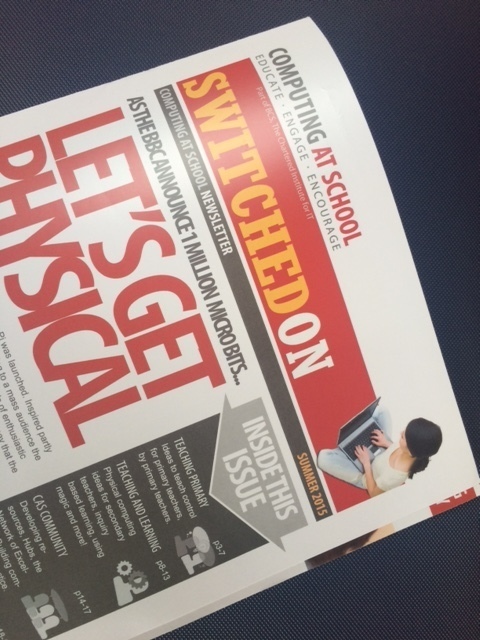 Joe Finney, Senior Lecturer at Lancaster University, has been one of the core team developing the micro:bit. This article was first published in Switched On, the newsletter of Computing at School, and is reproduced with kind permission.

In a move that will no doubt bring a nostalgic smile to anyone of my generation, the BBC recently announced the launch of the micro:bit a small, lightweight computer designed solely for one purpose… to encourage children to become digital creators rather than digital consumers.

Although initially conceived by the BBC, the Micro Bit has developed into a collaborative project bringing together industry, including the likes of ARM, Barclays, Microsoft, Samsung and ScienceScope, as well as universities and charitable organizations with a single shared aim: to create one million of these devices by this autumn, and deliver one, free of charge, to every year 7 child in the country. It’s difficult to avoid drawing parallels to the BBC Model B of the 1980s – a device for which I personally have very fond memories. Admittedly, this may in part be due to me holding the top score in my class at Chuckie Egg, but also because it provided my first taste of coding. Drawing those geometric patterns on the screen. Writing guess-the-number puzzles for my sister to play. Creating my own simple computer games. I was hooked. Before I knew it, computing was my hobby, my passion, my specialist subject and my career. Now I look at my own kids and wonder – where do they start? The micro:bit aims to provide a programming environment to suit a range of abilities. It reduces the amount of technical setup and installation required from teachers or parents at home to the absolute minimum. It will contain an integrated LED matrix display, and be extensible enough to allow interfacing with other devices such as Arduino and Raspberry Pi.

There will no doubt be teachers reading this short article who have perfectly understandable concerns that this initiative might bring new challenges into their classroom, but the Teacher’s Guide will provide step by step help for teachers on the basics as well as some great activity ideas. It provides the material through which children can explore digital creativity. The very best computer scientists seamlessly blend creativity with computational thinking. In 1967 Seymour Papert famously created the Logo language with its ubiquitous robot ‘turtle’ that inspired children to write programs that create geometric lines and shapes. Yet forty five years later, so many teaching examples I still see create robots to follow lines, not create them. My fear is that we create a generation of line followers, not line creators. I, for one, am very proud to be part of the core team designing and developing this device, and working alongside companies such as ARM, Microsoft Research and Samsung to develop something that blends technology and creativity, and bring that into the hands of the next generation. As Arthur C. Clarke famously stated – “Any sufficiently advanced technology is indistinguishable from magic”.

So, borrowing the immortal lines from Disney’s Frozen… Do you wanna build a snowman?