The impact of information technology

How can you help young children to appreciate the impact of information technology at home, in school and in wider society?

Once your learners have found out that IT is anything that is a computer, has a computer in it, or is connected to a computer, they can start to understand how widely IT influences many of the things they do.

IT in the home

Most modern electrical devices could be classified as information technology. Think about how digital devices influence the way you cook, what you do in your leisure time, or how you communicate.

Anything you can control probably contains some form of computer — it doesn’t necessarily have to be a ‘smart’ or connected device to be information technology.

The impact of IT in people’s homes is profound. For example, with video calling on mobile phones, tablets, and computers, many people can communicate with remote friends and family in ways that previously have not been possible.

You will also find IT in many places in schools. The vast majority of schools have some kind of IT equipment to support learning, whether it’s a computer suite, a trolley of laptops, or a set of tablets. This gives learners access to more information than ever before and means they can learn new skills, such as programming and media production, which are likely to be important to their future prospects.

IT may also be used to support the administration of schools, for example, managing finances or assessment data. IT means that these tasks can be completed more efficiently and in more detail. If assessment data is managed by an IT system, teachers can identify groups of learners who need more support, which can help inform their future planning.

You may also find IT in less obvious places — systems such as fire alarms and security are often managed by IT. These systems make schools and workplaces safer by making them more secure and better prepared in the event of an emergency.

Beyond the home or school, IT also has a huge influence on our lives. Everyday tasks such as shopping and travel are heavily influenced by information technology.

While you might not describe a car as an IT device, any car built from the mid-1990s onwards will almost certainly include some form of IT, such as sensors or driving aids. The more modern the car, the more IT will be involved.

This means cars are now more reliable and safer — computer-controlled sensors can pick up potential problems before they get to the point of failure, so you are now less likely to be stranded by a mechanical failure.

One strand of the TCC looks at the impact of technology in society. Activity in the Year 5 ‘Computing systems and networks’ unit (for learners aged 9 to 10) asks learners to consider how sensors make a pedestrian crossing better by sensing when there are people or traffic approaching. 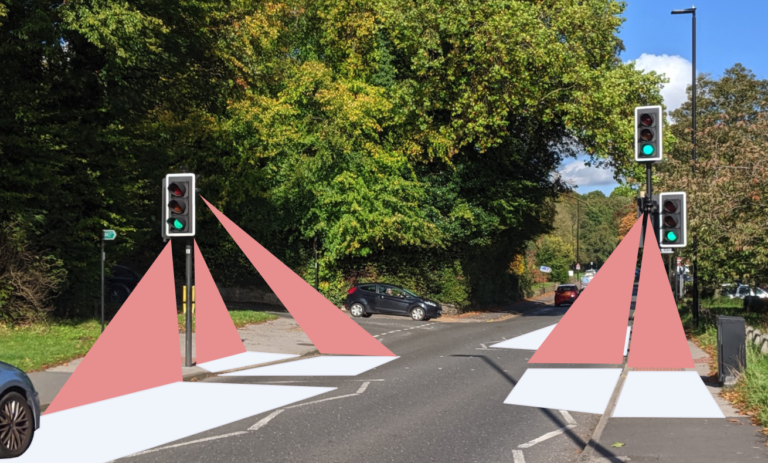 IT in a changing world

As you can see by the examples above, the use of IT has changed the way we live and work. However, sometimes change is forced upon us and we have to find a way to adapt to new circumstances. Here, IT can also help. Take the COVID-19 pandemic as an example.

All around the world, almost overnight, individuals and organisations have had to change the way they function. Before COVID-19, who had heard of Zoom or who would have thought that the vast majority of children would be learning from home?

Tools such as Zoom, Google Classroom, and Microsoft Teams have meant that many children have been able to continue their education remotely.

Had the pandemic struck 10 or 20 years earlier, it would have had a far greater impact on children’s education.

Technology and other areas

Technology has also helped in sectors other than education. Organisations and governments have responded to the crisis by using IT to keep people connected. 3D printing has enabled IT hobbyists and enthusiasts to create PPE, and drug companies, supported by IT, have produced vaccines in shorter times than ever before. Because of technology, people have been better protected during the pandemic.

IT has played a huge role in helping the response to the pandemic, both at an individual and society level. However, the increased reliance on IT has also emphasised inequalities.

Remote learning has been problematic for many children. Finding a suitable working environment can be challenging when parents and children are all at home.

There are many families who do not have access to connected devices such as laptops or tablets, or who cannot afford expensive broadband internet or data usage fees. Issues such as these have prevented many children from being able to access learning for long periods of time.