Find out more
Home / IT & Computer Science / Coding & Programming / Teaching Computing Systems and Networks to 5- to 11-year-olds / What is a computer system?

What is a computer system?

What makes a computer system? Read about the process, all the different components, and the input-process-output model, here.

To understand a computer system, you must first be able to understand the term ‘system’ in a wider context. A system involves a number of parts that work together to achieve a certain outcome.

A bicycle is a really nice example of a system — the frame, wheels, drivetrain (which includes the pedals, chain, and sprockets), and brakes all work together to make a fully functioning device.

On a bicycle, there are also many systems within systems, one of which we have partially broken down in the description above — the drivetrain. 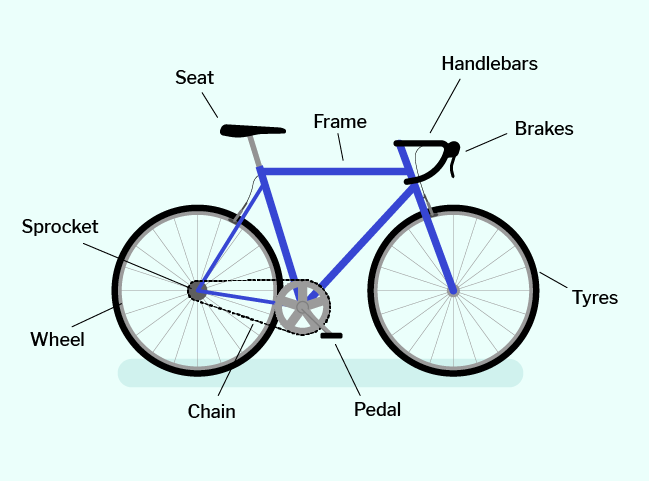 Like a bicycle, a computer system is also made up of many subsystems — for example, the storage, where data on a computer is saved, is a system in itself.

Unlike a bicycle, some of the components of a computer system are not physical objects. A computer needs an operating system and applications to function — these can be collectively referred to as ‘software’. The physical parts, such as the screen or memory are the ‘hardware’.

Here, we will describe how all computers and computer systems use the input, process, output (IPO) model as a basis for the systems which run on them. IPO includes both the hardware and software parts of a computer or computer system. 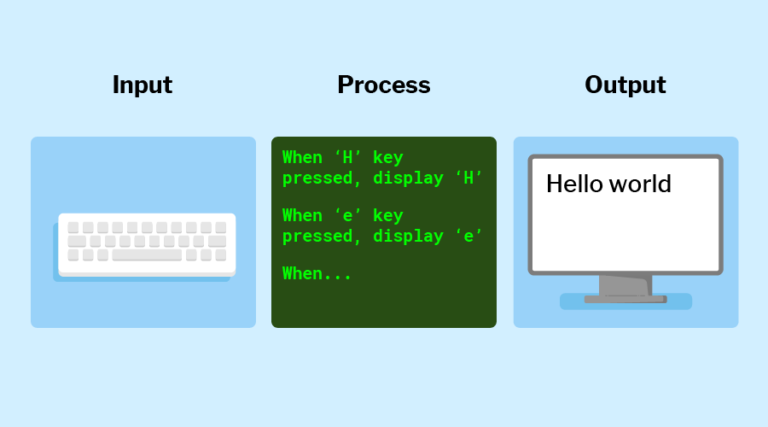 All computers, no matter how they are programmed, work with inputs, processes, and outputs. We will explain IPO within the context of a self-contained, programmable device, which most people would understand to be something like a desktop computer, laptop computer, tablet, or smartphone.

All computers accept inputs. Inputs are entered into or received by a computer. They can be generated in many ways, including by a user pressing a key on a keyboard, clicking a mouse to select something on a screen, or tapping a touchpad.

Inputs don’t always have to be initiated by human beings. For example, a temperature sensor could gather and input temperature data into a computer or a computer could receive a signal from another device.

The process determines what the computer does with the input. The same input can be processed in different ways, depending on the program running.

For example, in word processing software, when you press the letter A on a keyboard, the computer may process the input and display it as a letter A on the screen. In gaming software, pressing the letter A may be a directional control to move a character in the game to a different place on screen.

The program contains a set of instructions that define the process.

The output is how the computer presents the results of the process. Outputs can be returned to the user in many ways, such as text on a screen, printed materials, or as sound from a speaker.

IPO in other systems

IPO is also present in other devices that you might not recognise as computer systems. A good example is a pedestrian crossing.

There is a button on the crossing which you can press to signal that you want to cross the road and sensors to monitor the flow of traffic and pedestrians.

The computer determines what the lights should do based on the inputs it has received (this is the process). The output is the lights changing and the buzzer sounds. 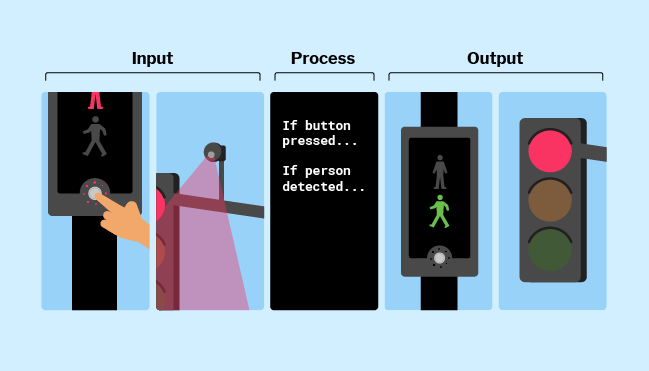 Similarly, bigger, more complex systems also function based on the IPO model. A cash machine or ATM is an example of part of a big system that works in this way.

Once your card is in the machine, you input your PIN and choose the service you require. The ATM contacts your bank to process the request. The output could be that your balance is displayed or your cash is dispensed.

The banking system with which ATMs communicate is such a big system that it will function all around the world! 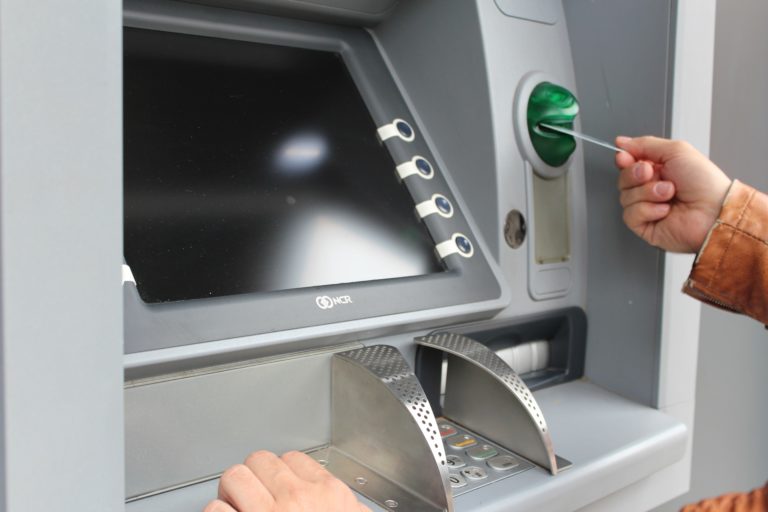