Let's take a look at computer networks and consider the benefits of connecting computers together. First, we will think about connections and ways that you can relate the idea of connections to your learners.

Let’s take a look at computer networks and consider the benefits of connecting computers together. First, we will think about connections and ways that you can relate the idea of connections to your learners.

What is a Connection?

A dictionary might describe the word connection as meaning things being linked or associated, but this is quite abstract. To help your learners to develop their ideas of connections in computing, you need to build on their own experiences. For example, you could start by asking your learners to think about the ways they are socially or personally connected to other people.

A useful place to start is to ask your learners to think about people they have links with in their life. They may think of family members, carers or friends.

The TCC ‘Computing systems and networks’ Year 3 unit (for learners aged 7 to 8 years old) starts by asking learners to draw a diagram to represent five to ten of these connections to form a graphical representation of their connections. 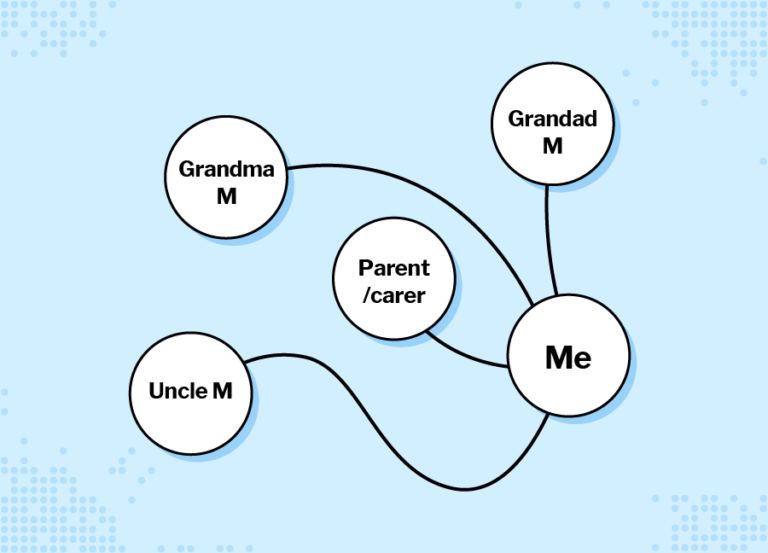 However, these are not the only connections that your learners may have – they could also have other personal connections that are social, school related, or both. The TCC lesson encourages learners to add these to their diagram too: 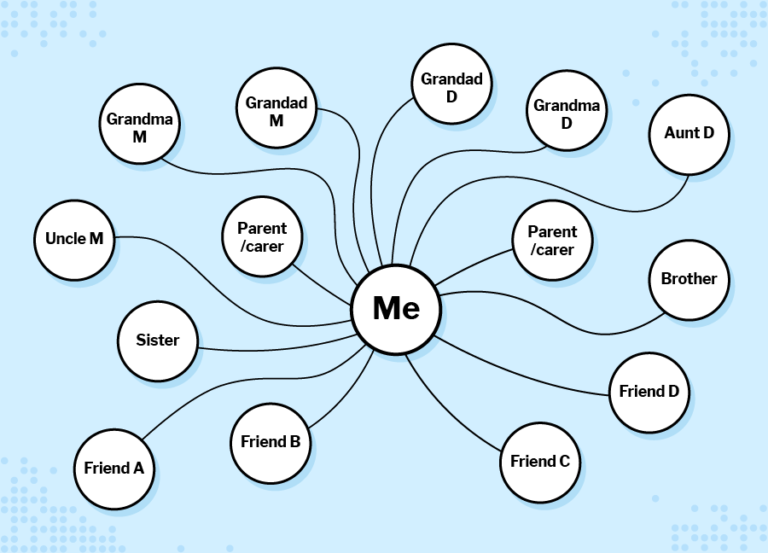 The diagram above doesn’t capture all of the connections between the people shown – it’s currently focused only on those connections to the individual learner. The other people shown in the diagram could also have their own links to each other, so the real situation is much more complex.

Your learners may communicate with the people that they are connected to – and they could do this in many different ways, from an in-person chat, to communicating online, to passing on a note. They may be able to do this directly – but sometimes they might need to pass on a message or information indirectly. For example, to get a message to their brother, one of your learners might ask their mother to pass a message on. This is possible because the people on their diagram are connected together – this is a network.

The scenario outlined above is quite a good analogy for computers being connected. If you replace the people with computers, it demonstrates how messages can be passed between connected devices.

Based on the task described above and demonstrated in the video, draw your own personal network. Be careful not to share any personal information and share your drawing.