How to explain the internet to young learners

What is the internet - and how can you explain it to young learners? Read this article to find out how it has developed from the 1980s.

What is the internet?

The internet is a global network of networks that connects us — in our houses and places of work — to information, communication tools, online services, and much more.

The internet has grown rapidly since the late 1980s and it is hard to imagine modern society without it.

Accessing and sharing information across the world

The answer to all of these questions requires communication over long distances, which can be provided by the internet and the services that it enables.

But how does the internet provide these services: sending web pages from the tourist board, sharing messages between friends, and transmitting greeting card designs to the printing company?

Computers break files or other data into packets so that they can be sent to other networked computers. Packets of data include the sending address, destination address, and the information to be sent.

A packet of data also includes information about how many packets there are in total and the sequence of the packets. The TCC ‘Computing systems and networks’ Year 5 unit (for learners aged 9 to 10 years old) includes an activity to help learners understand this concept.

Learners take a message and break it into chunks of eight letters. They write these eight letter chunks onto strips of paper, which they label with a sender, a destination, and numbers to indicate the order and a total number of packets. This image illustrates what a complete message split into packets looks like.

Learners pass the strips of paper around the room until they reach the destination learner. Once all of the packets have arrived at the destination, the recipient reassembles the message so that they can read it. 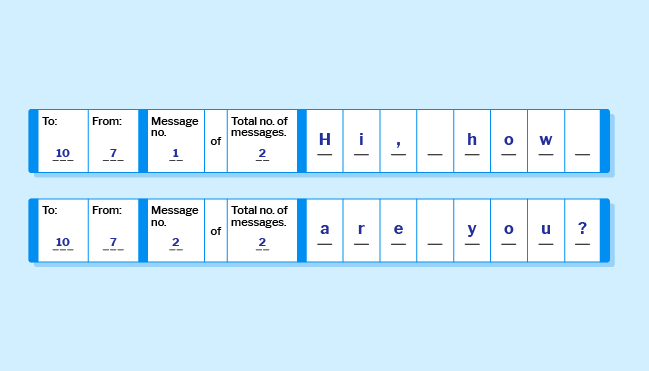 Connecting networks to other networks

If you have access to the internet from home, you are connected to an internet service provider (ISP). You’ll probably have a router provided by your ISP.

The router in your home connects to your phone line or a fibre connection, and data travels to and from your home network through a router at your ISP.

Your school network connects to the internet in a similar way to a home connection. A switch in school is connected to a router. The router is connected by phone line or fibre to a router at the school’s internet service provider.

Packets of data that have addresses that are outside of your school are passed from the network switch to the router. The router then sends that data on. 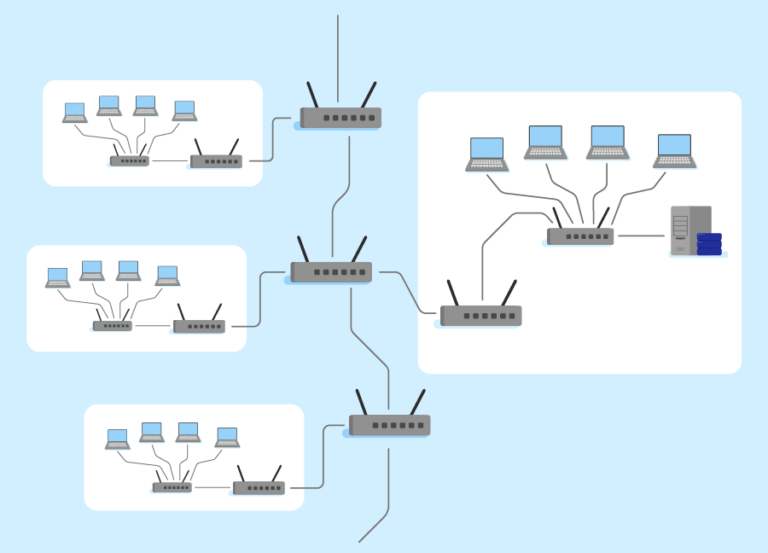 Routers are the key devices in both of the connection scenarios above. Routers receive packets of data from a network and forward them to other routers according to the address on the packet. Routers, cables, and optic fibre make up the infrastructure of the internet. 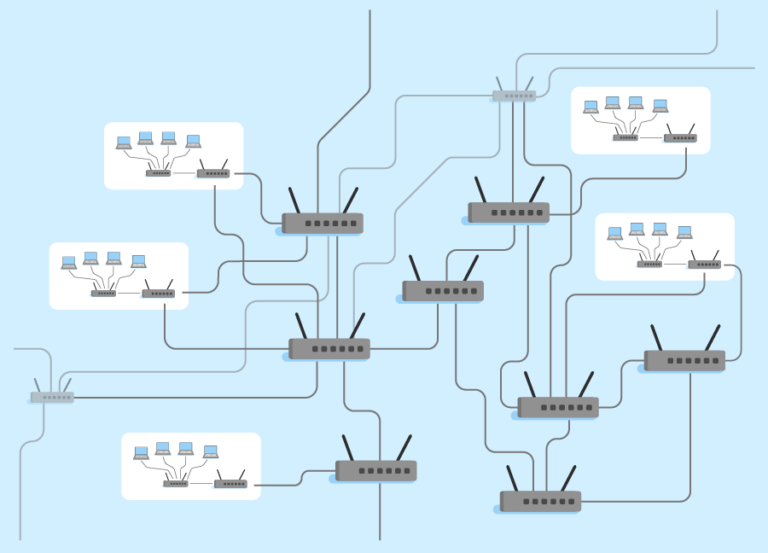 The internet is a global network with multiple cables connecting the continents. You can see some of the subsea infrastructures on the Submarine Cable Map.

The cables that you can see on the interactive map carry internet data, including telephone voice calls around the world. Optic fibres are used in the cables so that massive amounts of internet data can be transferred at high speed. 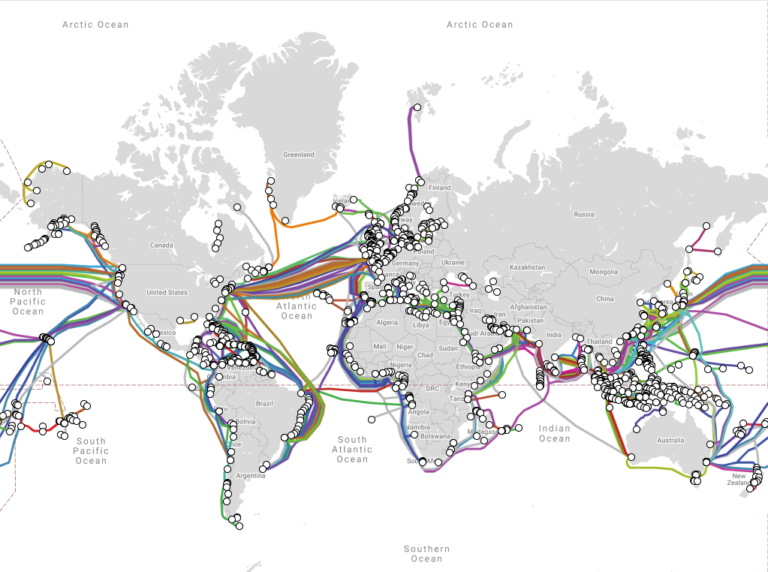 The internet consists of multiple connections and routes between different locations, because of this the global network has built-in resilience. If one router fails, or part of the internet fails, other routers redirect data around the fault so that it still reaches its destination. The animation below illustrates how data travels around a fault.