Learn about data access control systems and deciding who gets what permissions.

There are lots of different types of data contained in a school network. There might be:

Can you think of any others?

Now, consider all of the people who have access to your school network: teaching and administrative staff, students, guests, and potentially even attackers. Not all of the people in the network should have equal access to the data it stores, so a system is needed that can decide which people can access which data in which capacity.

There are lots of different ways in which you can access data on a system. The type of access granted is often called permission. Broadly, permissions can be split into four categories:

Having these four types of permission allows you to share data in different ways with different people. For example:

Alternatively, the data owners can define the access permissions for their data. This means that if you produce a file, you can choose who can access it. This is called discretionary access control.

To enforce a data access control system, the methods of authentication discussed previously (such as passwords and biometrics systems) can be employed. When you sign in to your account on a device, the network can grant you certain permissions to interact with data. As an added layer of security, you may be asked to re-enter your password before performing certain actions, to verify your identity.

Any data and network access control systems used in a network have to be compatible with each other. These two systems can work together to optimise the safety of data on the system.

The access permissions granted to certain users can also be applied to machines. For example, it may only be possible to access very sensitive data on particular computers that have certain software and hardware restrictions. 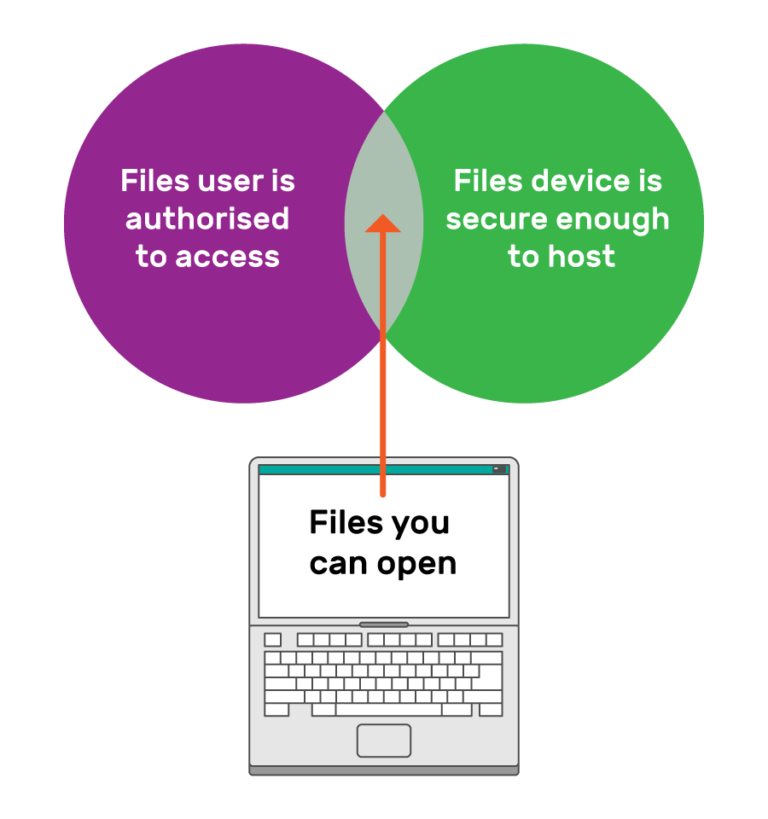 If the two systems are designed without consultation between the parties involved, users might find that they have permission to access certain data, but not the device needed to access the data.

In the next step, you will learn about internal threats to data and network access control systems.