Use frequency trees to solve problems. 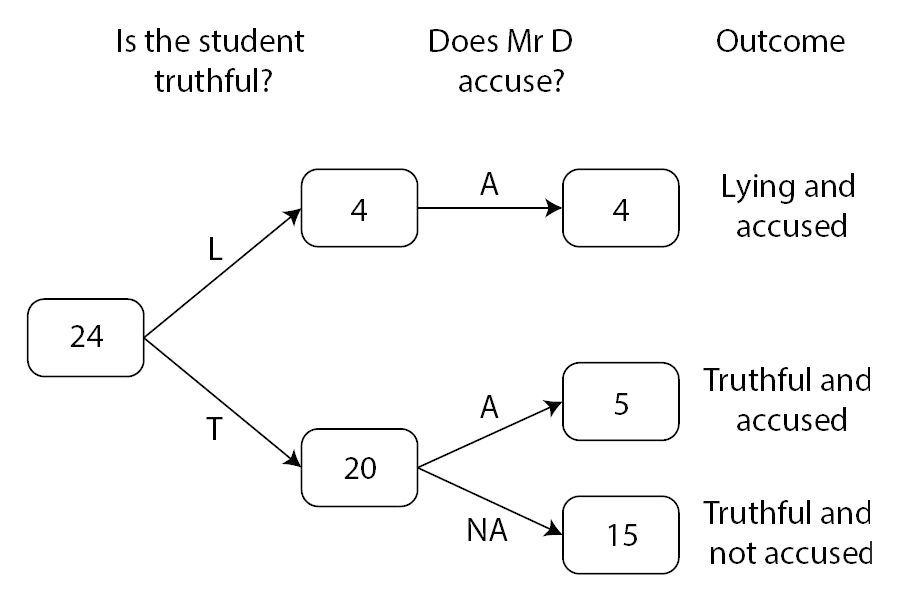 We can use our expected frequency diagram to answer some key questions about the experiment.

We can clearly use the completed diagram above to answer some simple questions:

We can also consider the unfortunate wrongly accused students in two further ways:

We can answer the first question as follows.

The second question can be answered as follows:

When we teach this activity, we introduce the following variation:

Mr L I Detector realises that his judgements are not always correct! How does it change the outcomes for the students if he does not automatically accuse people he suspects of lying?

In this version, all students are treated equally, whether Mr D suspects them of lying or not. In every case, the same spinner (three parts green, one part white) is used to decide what he does – he accuses students if, and only if, the spinner lands on white.

Using a new version of the template, can you complete the expected frequency diagram for this new situation? And can you then answer the same two questions for this variation?

Use the comments to discuss your results.