When it comes to conflict you might avoid or accommodate it, compete or collaborate, or simply compromise.

How you manage conflict within the team may depend on the stage of team development the team is in.

The five styles of dealing with conflict can be placed on a matrix: 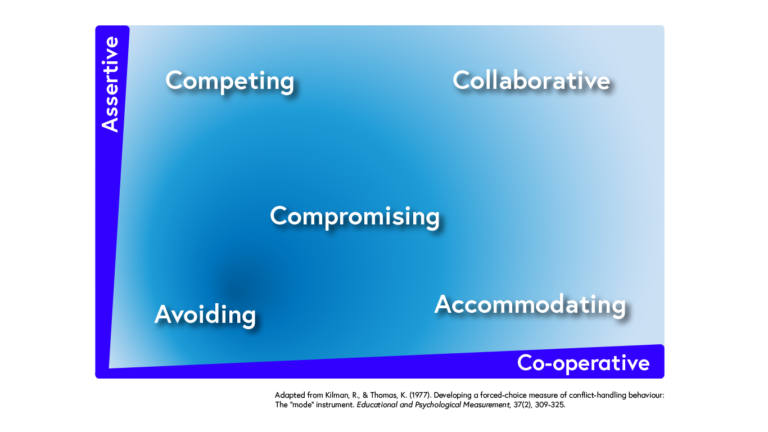 Identify which of the styles are most natural to you and which are the least. Share some of the ways it’s helpful to know this about yourself. What steps can you take to further improve the way you navigate conflict situations?