It's important to understand why your team exists. Paddy Upton explains in this article. 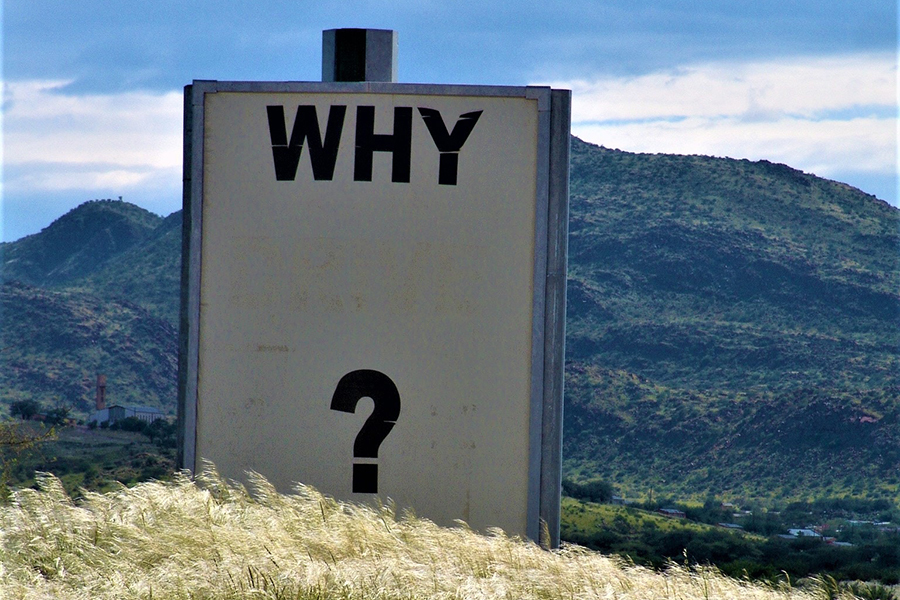 Understanding why your team exists helps inform what to do and how to do it.

Author Simon Sinek suggests that most organisations focus primarily on what (to win in sport) they want, then decide how (strategy and game-plans) they will do it and that’s where they stop. He suggests that what we want to do and how we do it comes from our thinking brain, which is where language comes from, but which does not drive our behaviour.

He goes on to say that why we do what we do emanates from our deeper and more primal limbic brain, which does not have language, but which drives our behaviour. Our deeper ‘knowing’ or ‘gut feel’ comes from this place where our ‘why’ sits. It relates to the purpose, calling or belief that inspires us to do what we do.

Some of the most remarkable and sustained feats have been delivered by those who are driven from this deeper internal place; those who are plugged into their ‘why’.

A cause greater than themselves

One of the things common among extreme adventurers who accomplish near-impossible feats is that they do it for a cause greater than themselves.

Sir Ranulph Fiennes’ adventures have raised over US$20 million for six different charities; big-wave surfer Chris Bertish paddled solo for 120 days and 7,500 km across the Atlantic Ocean on a stand-up paddleboard to raise funds for Operation Smile and The Lunchbox Fund; and endurance swimmer Lewis Pugh swims in Arctic oceans to raise ocean awareness. The list goes on.

When the going gets tough for these extreme adventurers, when it would be a far easier and safer option to quit, they don’t. Bertish (2017) said after his incredible Atlantic crossing:

There were so many life-threatening situations… But here’s the thing – your ‘why’ has to be so powerful that you can call on it at any particular time to be able to get you through and overcome any obstacle or challenge that comes your way… your why has to become so powerful, emotionally, that no matter what challenge you have, you can use it as a leveraging tool to get you through anything.
Source: Operation Smile

Nelson Mandela’s cause was for a “democratic and free society in which all persons will live together in harmony with equal opportunities” (Mandela, 1964). It was a cause for which he was prepared to die and for which he spent 27 years in jail. Once released from jail, rather than being embittered, he continued to serve that cause as President of his country.

Neither Mandela nor Mother Theresa, Martin Luther King nor William Wallace (depicted in the movie Braveheart) needed a mental coach to help them with focus, dedication, self-belief, positive affirmations or commitment. Deeply connected with their ‘why’, these key performance factors flowed naturally and in abundance, including when under the most extreme pressure, difficulties and resistance.

None outwardly sought approval or applause. They did not waver in the face of criticism or repeated failures and they were not in it for name, fame or fortune.

Neurologist, psychiatrist and holocaust survivor and author of Man’s Search for Meaning, Viktor Frankl, developed a psychotherapeutic method and based his life’s work on identifying a purpose or meaning in life.

Building on Frankl’s work, Dr Alex Pattakos (2008) suggests a sense of meaningfulness at work is one of the most potent and underutilised ways to increase productivity, engagement and performance.

Time for a reality check

A reality check here is that Adolf Hitler, Slobodan Milosevic, Robert Mugabe as well as terrorist groups and cult leaders also were or are plugged into their why, which helps them to be so influential, committed, dedicated and unwavering in the pursuit of their cause.

This group and the former are both plugged into their why, it’s just the content of the why that differs.

Many an athlete, team and organisation has (often unconsciously) adopted winning as their ‘why’, which has led to self-serving, win-at-all-costs behaviours that cross the line of rules, codes of conduct and even the law.

Why does your team exist? What’s the greater purpose beyond winning games? In creating your team’s why, which should be a collaborative process with all members, be mindful of who and how it impacts others, society and the environment, into the medium and long term.

As coach or a leader in your life, why are you doing what you’re doing?

Again, we’re turning the mirror back on you as the coach. Why are you coaching?

Craft a short statement that encapsulates your why, ensuring that part of your statement (part of your why) relates to the impact you want to have on others or the system within which you operate.

Sinek, S. (2009). Start with why: How great leaders inspire everyone to take action. New York, Penguin.