Skip main navigation
Home / Science, Engineering & Maths / Biology & Biotechnology / The Biology of Bugs, Brains, and Beasts / Breaking things down and building them up

Breaking things down and building them up

Biodegradation and Biosynthesis are two sides of the same coin. Metabolic processes are critical for life. 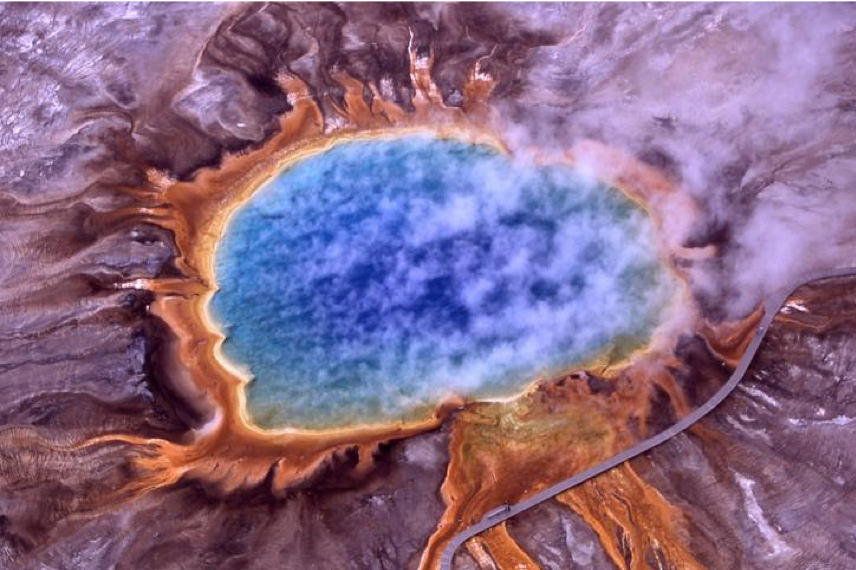 Thousands of reactions are constantly occurring in your cells, driving the processes necessary for life and enabling you to be You.

The sum total of these enzymatic reactions (read more about enzymes in Steps 1.15 and 1.16) and interactions is known as metabolism. The diagram below illustrates the immense complexity of metabolism – it may look like a map of an underground train line, but it is actually a highly simplified illustration of the major metabolic pathways in a eukaryotic cell – all catalysed by the activity of enzymes. 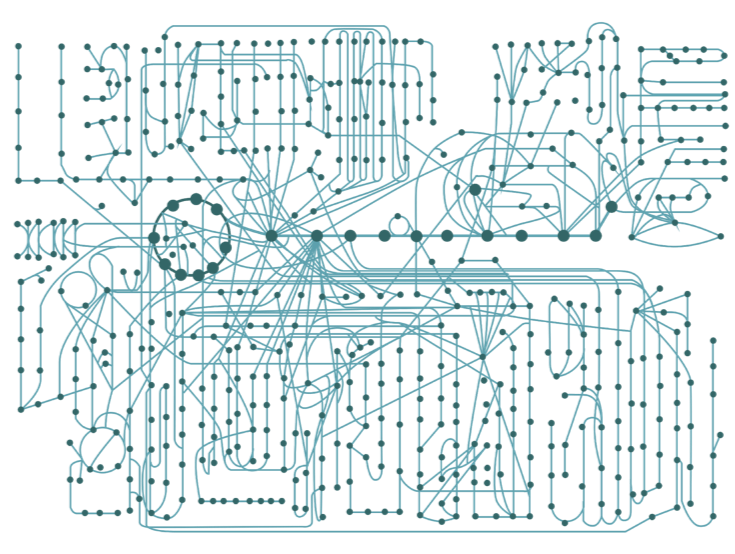 Eukaryotic metabolism: Each dot represents a substrate or product. Each line is a reaction catalyzed by the activity of one or more enzymes. By Zlir’a (public domain).

Metabolism can be divided into primary and secondary processes. Primary metabolism drives cellular energy generation (remember ATP synthase (section 1.6)), growth and maintenance, involving tightly integrated and regulated pathways of both biodegradation and biosynthesis. Biodegradation (catabolism) is the process by which metabolites are broken down. Chemical bonds in molecules are destroyed, releasing the energy to drive the cell. Biosynthesis (anabolism) is the process by which cellular components are made and requires energy input to proceed. Primary metabolism is critical for life. For example glycolysis (Step 1.9) is carried out by almost all life forms to make energy. Secondary metabolism on the other hand is only carried out by some microorganisms to produce specialised molecules.

Over the centuries, humans have learned to manipulate microbes and use their unique abilities for our own benefit – for example, one or more species of microorganisms are employed in the production of many widely consumed foods such as bread, yoghurt, cheese and chocolate. Many microbes can biodegrade unusual or recalcitrant carbon sources, produce industrially useful secondary products or live in challenging environments. Some extreme niches exploited by microbes are shown at the top of this article. 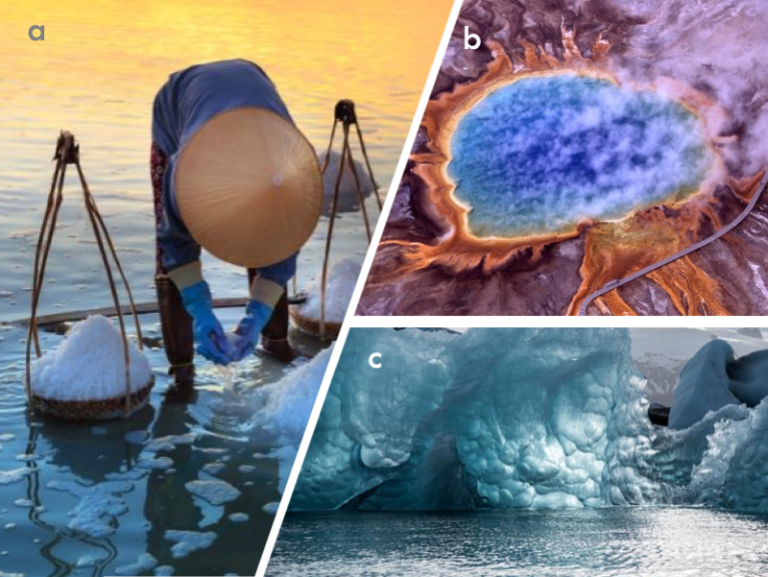 Microbial communities are excellent at biodegradation and vital for processing wastewater and sewage. Wastewater treatment plants carefully manage aerated tanks filled with thousands of species that work together to successively break down complex molecules in wastewater, so that only clean water is released into our waterways. Recovery of carbon in the form of methane by anaerobic digestion (see Steps 1.6 and 1.10) illustrates the potential of these processes. Other resources such as nitrates and phosphates could also be recovered.

Extremophilic microbes produce enzymes that can tolerate harsh environments. Cold- and alkali-tolerant enzymes from extremophiles are a key ingredient in many washing detergents. Because these enzymes efficiently biodegrade dirt at lower temperatures your laundry gets clean even in colder water – saving you money on electricity and helping the environment!

Antibiotics are secondary metabolites synthesised by fungi and bacteria to inhibit other microbes that might be competing for the same resources. The discovery of antibiotics is the most important development in medicine in the last 60 years. Antibiotics are indispensable for modern healthcare and their impact on global health has been immense. The production of antibiotics is still primarily carried out through microbial fermentation processes (also see Step 1.19 for more detail).

Diabetes is a common medical condition in which blood sugar levels become too high due to insufficient levels of the hormone insulin. Sufferers are often treated with daily injections of insulin. In the past insulin had to be purified from animal pancreases, which could cause immune responses in some individuals. Insulin is now commonly produced using bacteria or yeast that have been genetically engineered to produce human insulin. Producing human insulin microbially ensures sufficient global supplies of insulin that is compatible with the human immune system.

Ethanol is a primary product synthesised by some microbes to inhibit competing microbes. The most famous ethanol producer is Saccharomyces cerevisiae, which we have exploited for centuries for producing alcoholic beverages like beer. Microbial ethanol fermentation is also used to produce biofuels. Bioethanol is made by the microbial fermentation of sugar from crops such as corn or sugar cane. In many countries gasoline is blended with 5-10% bioethanol as part of government initiatives to reduce our reliance on fossil fuels.