Skip main navigation
Home / Science, Engineering & Maths / Biology & Biotechnology / The Biology of Bugs, Brains, and Beasts / Biology toolbox: how do we know the hippocampus is the hub of learning?

Biology toolbox: how do we know the hippocampus is the hub of learning? 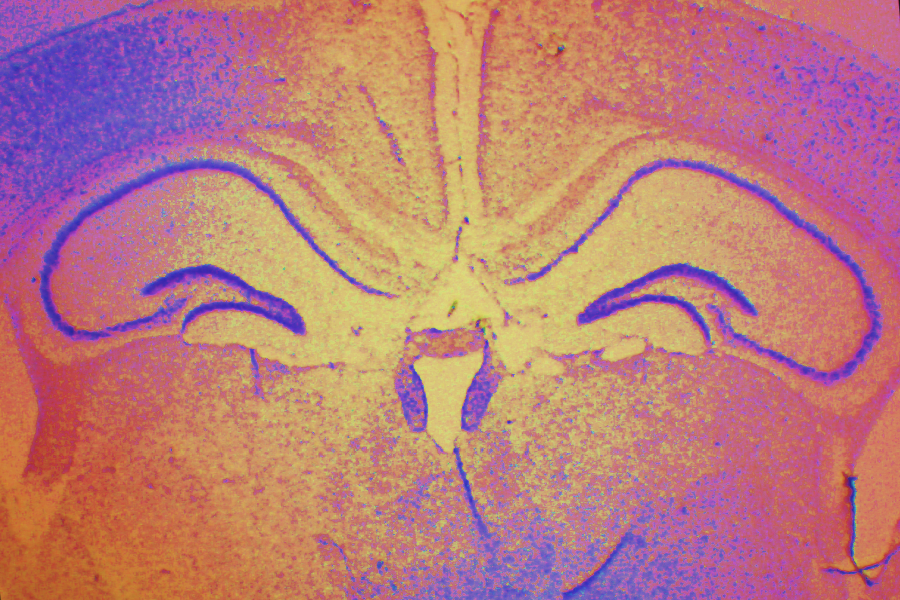 Early studies such as localisation of language to particular areas of the cerebral cortex raised the question of whether memory also depends on particular brain regions. So what are the neuronal circuits and brain regions required for encoding information?

Memory, patient H.M. and the hippocampus

The discovery of a brain region responsible for memory came about in the 1930s when Wilder Penfield, a neurosurgeon and former student of Charles Sherrington, was trying to locate the origins of abnormal brain activity in epileptic patients through electrical stimulation of different cortical areas. When he stimulated the temporal lobe of some of his patients, they recalled a particular memory such as a specific song. Penfield did not attribute these events to the hippocampus until the work of Brenda Milner two decades later. Milner worked on several patients, some of whom were Penfield’s, who had undergone neurosurgery for the treatment of epileptic seizures. One of these patients has become the most famous subject in the history of neuroscience thus far: Henry Molaison, known as Patient H.M. in scientific publications to preserve his identity.

Patient H.M. suffered from epileptic seizures thought to be triggered by brain damage caused by a fall when he was 7 years old. To control H.M.’s epilepsy the neurosurgeon William Scoville surgically removed both his left and right medial temporal lobes; this region included the hippocampus. H.M. was 27 years old at the time. The surgery was successful in reducing H.M’s seizures but had a disastrous effect on H.M.’s memory. Milner carefully charted these memory deficits to show that H.M. could remember events before his surgery going back to his childhood but could not form any new memories – a condition called anterograde amnesia. He failed to remember people he met regularly including Milner herself, and each time she assessed him he greeted her as if he was meeting her for the first time. Milner found that H.M. could remember new facts for a few minutes and concluded that he had good short-term memory but was unable to convert this into long-term memory.

Remarkably, Milner noted that H.M. could learn new motor skills. She was able to train him to draw a shape by looking at the shape’s mirror image and his own hand. This supported the role of the hippocampus in explicit memory and demonstrated that implicit memory of learned motor skills can be acquired without a hippocampus. H.M. and other patients with surgical and natural hippocampal lesions sparked off decades of research into the hippocampus and its role in processing and encoding various types of information. We now know that the hippocampus is critical to the formation of long-term memory and is severely affected in neurodegenerative conditions like Alzheimer’s disease. Notice the degeneration in the hippocampus (blue circle) of an Alzheimer’s disease patient compared to a healthy individual in the MRI scans below. 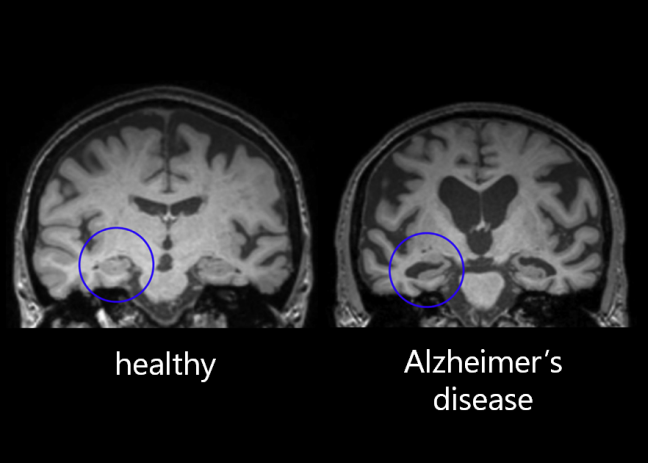 Animal studies were key in irrefutably identifying the hippocampus as the hub of learning. Experiments with rodents showed that the hippocampus encodes spatial information explaining why patients such as H.M. had lost the ability to spatially orient themselves. These studies also helped identify what happens in the synapses of the hippocampus during learning. We know from Steps 2.7 and 2.8 that memories are encoded by changes at synapses that make chemical communication more efficient.

The synaptic changes and molecular players are conserved across evolution, and learning and underlying processes can be studied even in simple organisms like the fruit fly. One simple learning assay is the courtship conditioning paradigm where male flies remember that they have been previously rejected by a female and suppress their normal courtship behaviours. This model is immensely powerful and is currently used by scientists, including researchers at the University of York, to study how genes and environmental factors affect memory formation.

At the bench: Learning in model organisms

Scientists in the Department of Biology, University of York are using simple learning experiments in model organisms to investigate how the brain encodes memory. This video shows a simple learning task in fruit flies that has helped researchers understand what occurs in neurons and neuronal circuits during learning and memory.