Read more about important aspects of ecological experimental design in this article by Dr. Colin Beale. 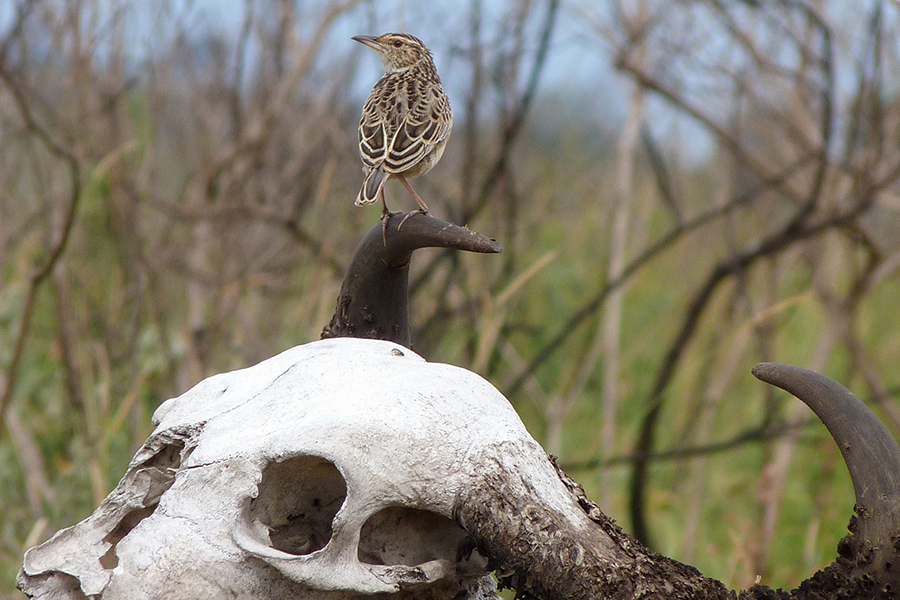 Whether we are wanting to estimate populations, sample dung or measure plant growth, the first challenge we need to overcome is to design an effective sampling regime.

In the video in Step 3.2 and the article in Step 3.4 we heard how ecologists use a wide range of techniques to test their hypotheses. We can’t simply drive out to the plains, choose a spot and search for whatever we’re interested in, because we may introduce systematic bias to our sampling strategy, which would mean our results are suspect. For example, we might want to sample dung in open areas and woodland areas to measure stress hormones in the antelopes that dropped them, but if we only search next to a road we might well find that all the animals living here are stressed by the passing of vehicles irrespective of the vegetation type. To avoid these problems ecologists have developed a series of principles that aid good sampling.

Next we decide whether to use a random sampling design, or a systematic one. A random design requires using a computer to generate random GPS coordinates within the study area, or a more haphazard method such as blindly throwing a quadrat. A systematic design might involve a regular grid of points every 100m, or samples every 10m along line transects that run for 100m every 1km. All these methods ensure that the precise sample location is pre-defined by measurement, rather than being subject to observer bias. There are advantages to each method: line transect designs are useful when there is a gradual change expected along the transect, and grid samples are good for covering a large area efficiently, while random samples are great if there might be regular patterns in the landscape (e.g. forestry plots are planted at regular intervals, while dune systems have a natural ridge and gully structure), but can result in replicates very close to each other that are not truly independent. In practice we often combine systematic and random sampling designs: we might decide random starting coordinates for a systematic line transect, or we might sample randomly within regular grid cells to ensure wider geographic coverage.

Next we decide what to sample at these locations: often we are interested in abundance (absolute numbers) or density (numbers per unit area) of an organism. If the organism is like a plant or barnacle and doesn’t move, a common technique involves quadrat sampling; essentially a square identifying the sampling area. What size quadrat you want depends on both the size of the organism you’re interested in (each quadrat should be capable of containing several individuals) and the distribution of the species (if the species occurs in widely scattered but dense clumps you want more, smaller quadrats for accurate estimates). 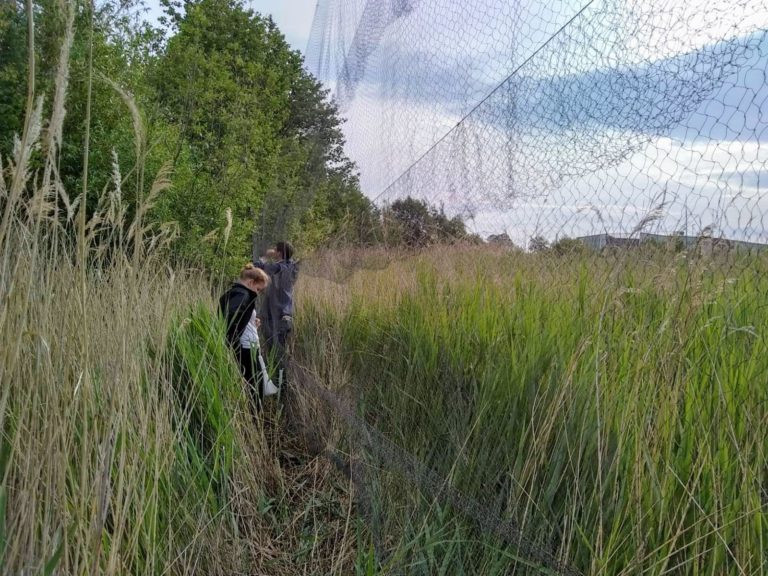 Mist nets set to catch birds for ringing on the University of York’s Heslington East Campus.

If the organism is mobile, sampling is more challenging. If relative (not absolute) abundance is enough to test your prediction, a point count could be useful. Ecologists interested in birds and bats often use a count of all the individuals they see or hear at a point within a fixed time period: they don’t expect to see all the animals, but if detectability is constant they can estimate the relative abundance well. If they care about absolute abundance, a common technique is capture-mark-recapture. This requires using a standardised trapping system to catch, count, mark (maybe with a ring, or by dying or clipping the fur in a distinctive manner) and release each animal in one trapping session. A second session then takes place a short period afterwards, and the proportion of animals caught during the second session that were also caught at the first session previously can be used to estimate the total population. For example, if we catch 120 animals in the first session, and then in a second session we catch 100 animals, of which 50 are recaptures, we estimate that half of all animals present were marked in the first session, so the total population must be 120 x 2 = 240 animals. More generally abundance can be estimated using capture-mark-recapture with the formula:

Where (widehat{N}) is the estimated population, C1 is the number captured at the first trapping session, C2 the number at the second session and R is the number of marked individuals recaptured.