Like other forms of life, plants need nutrients to grow. Read more about these requirements in this article by Dr. Tim Doheny-Adams. 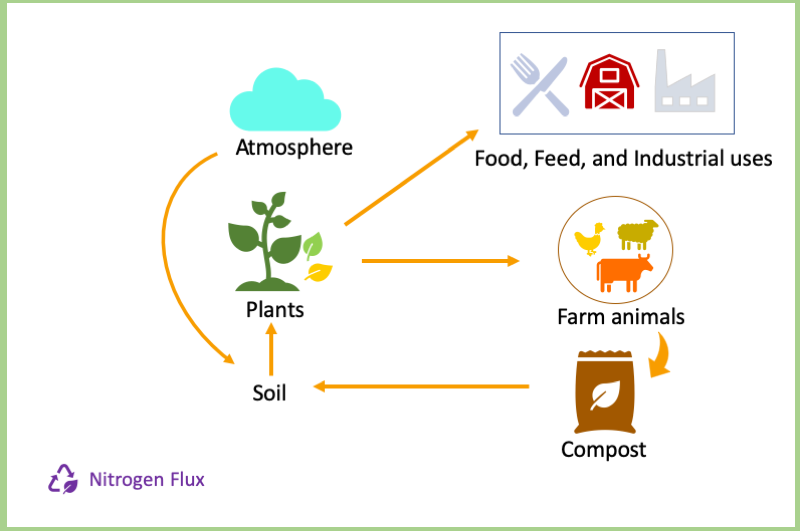 Plants are made up mostly of carbon, oxygen and hydrogen, which they obtain from water and carbon dioxide. However, plants will take up a number of other nutrients from the soil that serve various functions.

For agriculture, the three most important of these soil-derived nutrients are:

In natural systems, when the plant dies and is decomposed, its components are returned to the soil and are taken up by the complex soil microbiome. These elements are recycled by microorganisms and invertebrates, which use them in similar ways to the plant (such as to build protein and DNA). As we have touched upon in Step 1.13, via interactions in the soil cycle nutrients can change in their chemical composition, which can make them available for plant uptake. For example, atmospheric N2 can be fixed and converted into nitrate, which can be taken up by the plant roots. Decomposing plant matter is converted to CO2 via respiration and can be taken up by living plants by photosynthesis. Some forms of life even form direct symbiotic relationships to facilitate the exchange of these nutrients. Mycorrhizal fungi for instance, excel at acquiring phosphorus in the soil and will exchange it with plants in return for carbon. 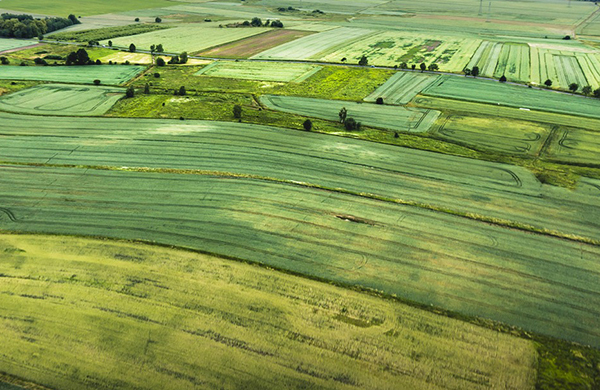 In agricultural systems however, elements such as nitrogen, phosphorus and potassium are removed from the plant/soil system when the crop is harvested, and over time these nutrients are depleted from the soil. Low levels of available nitrate, or ammonium in the soil will limit a plant’s ability to synthesise protein, DNA and a number of other biomolecules, which reduces the overall yield of the crop. Although some free-living microbes can fix elemental nitrogen, this process is generally too slow and energy intensive to adequately replace the plant available nitrogen that is lost when harvesting crops. In addition, many farming practices also disrupt natural symbiotic systems of nutrient exchange. Ploughing and the use of fungicides can disrupt beneficial mycorrhizal fungi populations, which can make it harder for the plant to acquire phosphorus. Nutrients lost from the soil, or that are otherwise unavailable to the plants in agricultural systems need to be artificially replaced through the use of fertilisers to ensure high yielding crops.

Fertilisers are materials of synthetic or natural origin, which are applied to soils in order to supply nutrients to plants. Synthetic N fertilisers, such as urea (CH4N2O), are made from ammonia (NH3) produced from the Haber process highlighted in Step 1.13. P is extracted from minerals containing phosphate and is often treated to form soluble phosphate salts which are easily accessed by the plant. K is also extracted from ore and applied to fields in the form of potash – salts such as potassium chloride or potassium sulfate. The use of synthetic fertilisers can cause environmental problems such as eutrophication though. This is when fertiliser run-off collects in bodies of water, promoting excessive growth of algae and the consequent depletion of oxygen, which can cause the death of species and thereby reduce biodiversity for example. Some organic fertilisers, such as compost, can help minimise the environmental impact of the use of fertilisers.

Compost is usually made by mixing plant material which is rich in carbon, with animal manure, which is rich in nitrogen and phosphorus. Over the course of a few months microorganisms within the compost break down the plant matter to form humus, a relatively stable substance which excels at retaining nutrients like phosphate, potassium and nitrate. This high-nutrient mix can then be added to soil to provide nutrients to plants. Since it is rich in both microorganisms and humus, more of the nutrients are retained in the soil.