Climate change is a major threat to biodiversity. Find out why in this article with Dr. Callum Macgregor. 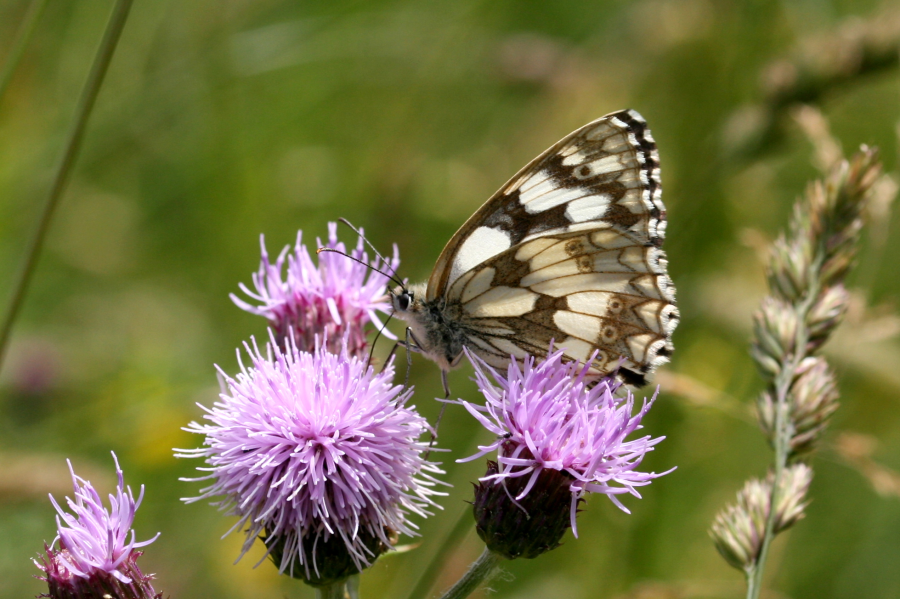 Climate change poses, arguably, the greatest modern threat to biodiversity of all. This is because most species exist within a “climate envelope”, or a region of the world where the weather is just right; neither too hot nor too cold, too wet nor too dry.

As the climate warms and weather patterns change, so the position of these climate envelopes on the globe adjusts. Towards the equator, some parts of each species’ distribution may become unsuitable (too hot or too dry), and the species is likely to be lost. Towards the poles, new areas may become suitable for the first time. In theory, species should be able to expand their distributions to occupy these new areas. However, the rate of climate change is so fast that species are not expanding their distributions polewards as quickly as new areas are becoming available.

Why don’t species track the climate?

Polewards colonisations of new areas to track moving climate envelopes are dependent on two factors. Firstly, populations of a species need to be sufficiently healthy that some individuals attempt to disperse: it is these pioneering individuals that will locate new areas of unoccupied habitat and establish populations in them. Studies by researchers at the University of York have suggested that populations in decline tend not to produce many dispersers, so pressure from other factors may prevent responses to climate change.

Secondly, there needs to be suitable habitat within reachable distance of existing populations for dispersing individuals to locate and colonise. Even if the climate is now suitable, new populations cannot be established if the habitat is fundamentally unsuitable: for example, if there are no food resources (prey or food plants) in the area. Even suitable habitat may require habitat corridors to be accessed; these might be unsuitable for actual colonisation but contain, for example, food resources and shelter for colonists.

How can conservation help this process?

Fortunately, there are actions that can be taken to help species to track their shifting climate envelopes. Firstly, by maintaining a diverse landscape with many patches of different habitat types, we can increase the likelihood that suitable habitat for colonisation exists within a small distance of the edge of each species’ current climate envelope. We can also take actions at smaller scales to improve the “connectivity” of the landscape – the degree to which species can easily move through it, along suitable habitat corridors. For example, field margins on farms (which are encouraged by the government, through agri-environment schemes) are often rich in nectar-giving flowers, and may provide an important route through farmed landscapes for butterflies and other insects.

Sometimes, despite our best efforts, it may be simply impossible to provide habitat corridors leading to suitable habitat within reachable distances. For example, the distances between islands or mountaintops might be too great to allow species to reach the next suitable habitat area. Sometimes the underlying geology of a region might create the same island effect by preventing a particular habitat type from occurring; like calcareous grassland, which only exists on infertile alkaline soil over a bedrock of chalk or limestone.

In such circumstances, an extreme option that is occasionally employed is assisted colonisation. This is where conservationists actively introduce a species to a new area of suitable habitat which it is unable to reach on its own. Trials of assisted colonisation, involving researchers from the University of York, were successful in establishing populations of two British butterfly species (the Marbled White and the Small Skipper) in suitable habitat locations far beyond their current, natural range limits. Nevertheless, assisted colonisation remains, to date, a controversial and rarely-used approach. The perceived risk of unintended consequences from introducing a species to an ecosystem from which it is currently absent, combined with the high effort involved in introducing one species at a time to new locations, make this a last resort.

With little sign of global political will to slow or halt the rate of climate change, it is clear that conservationists need to make plans for helping species to cope. Doing nothing is not an option, as evidence suggests that many species are struggling to adjust even to the warming that has already happened. Addressing other pressures on populations, ensuring the availability of suitable habitat to expand into, and providing habitat corridors along which new areas can be naturally reached may all be part of the puzzle.