In this article, we take a closer look at the history of the discovery of the double helix and the journey it took to get there.
© St George’s, University of London

Today, it is well-known that DNA is the molecule containing our genetic code. Whether on crime programmes, tabloid talk shows, or in your daily newspaper, DNA will be mentioned without the need for an explanation.

But what is DNA and how long have we known about it? And who really deserves the credit for our current knowledge? To begin to study Genomics, we must look at the history of how we came to learn about and understand DNA.

It all started way back in the late 19th century when a German biochemist discovered that the nucleic acids, DNA and RNA, consisted of long chains of subunits known as nucleotides.

Each nucleotide is made up of a base, a sugar and a phosphate. DNA has deoxyribose as its sugar and the bases can be adenine (A), guanine (G), cytosine (C), or thymine (T). 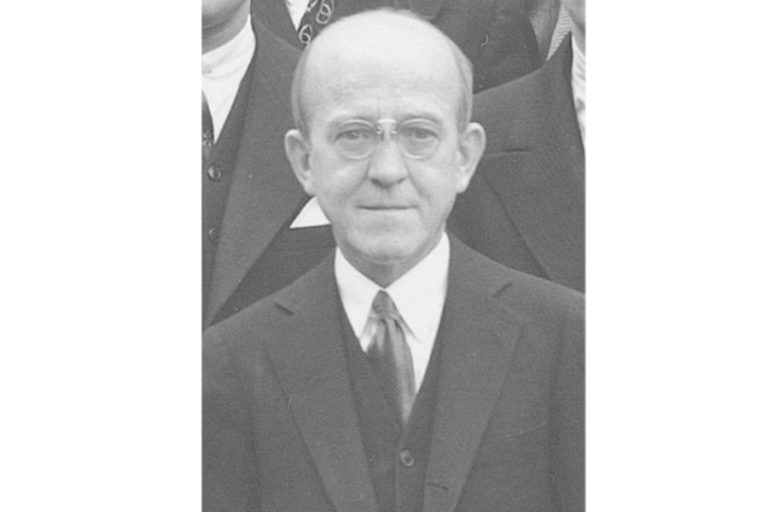 However, soon, despite the fact that much of the world was still at war, his discovery was accepted. The scientific spotlight turned to DNA.

During the war, an Austrian biochemist named Erwin Chargaff fled the Nazis to America. Chargaff read Avery’s work and immediately focused the work of his laboratory toward the study of DNA. In 1950, Chargaff discovered that the bases A and T and C and G always occurred in a 1:1 ratio, suggesting that they were paired in some way. But this finding remained largely unknown.

By the early 1950s, the race was on to determine the structure of DNA. The American team was led by Linus Pauling at Caltech, and was widely tipped to be the favourite to find the structure first.

In the meantime, two British teams, one based at King’s College London, and another, at Cambridge, worked hard to find the answer.

The Cambridge team was led by two young scientists, American research fellow, James Watson and graduate student Francis Crick. They tried to pinpoint the structure by making physical models to narrow down the possibilities.

On the King’s team were Maurice Wilkins and Rosalind Franklin, two scientists who had a notoriously difficult relationship. The King’s team were taking a more experimental approach than the Cambridge scientists, looking at X-Ray diffraction images of DNA obtained by Franklin.

X-ray diffraction was a tool that allowed scientists to determine the structure of crystalline molecules by the way they scattered X-Ray beams. Franklin was a world expert in crystallography and pioneered the use of this technique to look at complex crystallised solids. She determined that there were two forms of DNA; the crystalline form and the ‘wet’ form, dissolved in water.

In 1951, Watson took a day trip to London to attend a lecture of Franklin’s, in which she presented her initial findings on her photographs of DNA.

He raced back to Cambridge and relayed what he remembered of the lecture to Crick. The pair then used this information to build a new model of DNA; a triple helix, with the bases on the outside of the molecule. Excited, they invited Franklin and Wilkins to their laboratory to test the structure against Franklin’s pictures. 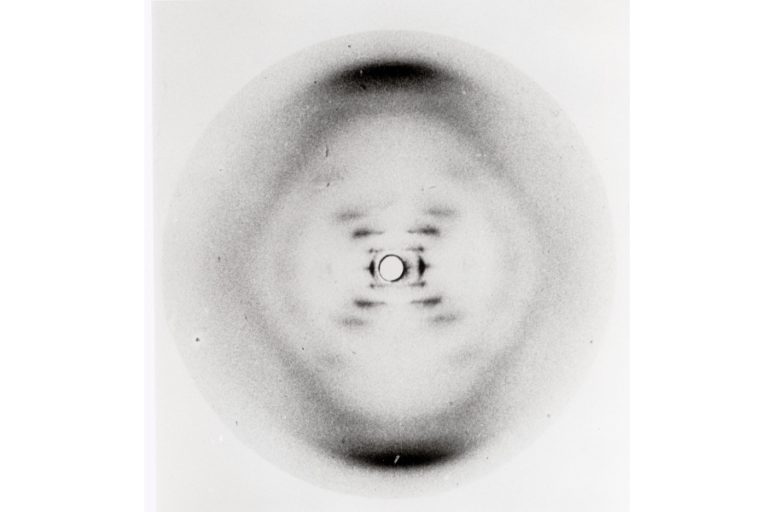 It was wrong. Embarrassing and wrong. Their head of lab told the humiliated pair to stop DNA research. Was DNA as a helix dead?

Maybe not. Over in California, Pauling was building his own models. He asked to see Franklin’s pictures but Wilkins, keen not to hand them over to a competitor in the race, told him they were not ready to share. Nonetheless, in early 1953, Pauling announced that he had discovered the structure of DNA.

Watson panicked. Pauling was his closest rival. Had he got there first?

He studied Pauling’s structure. It was also a triple helix. Watson knew this was wrong and breathed a sigh of relief. But they still couldn’t relax. Pauling would find out his mistake soon enough. Watson and Crick would still have to hurry if they wanted to beat him.

Back in London, Franklin continued to study her X-Ray diffraction pictures. By January 1953, her preliminary findings were that DNA in its wet form did show the characteristics of a helix. However, in her typically cautious style, she was not ready to share these findings.

She wanted to confirm them first. Before she could, and apparently without her knowledge or consent, Wilkins, growing frustrated and impatient, showed her results to Watson.

From there, Watson and Crick took a big conceptual step. They suggested that the DNA molecule was made up of two chains of nucleotides, each in a helix, as Franklin found, but with one chain that went up and another that went down. This is what we now call the double helix.

They used Chargaff’s finding about the 1:1 base ratios to add to the model, determining that matching base pairs A and T and C and G interlocked in the centre of the double helix, keeping a constant distance between the chains.

They went on to show that each strand of DNA was a template for the other so that DNA can replicate without changing its structure. This explained one of life’s great mysteries: how genetic information can be inherited.

The double helix structure of DNA fit the experimental data perfectly and the scientific community accepted it almost immediately. It was probably the most important biological work of the last century and it forms the basis for the evolving field of genetics and genomics.

In 1962, Watson and Crick won the Nobel Prize for physiology/medicine, sharing it with Wilkins. By then, Franklin had sadly died of ovarian cancer, possibly as a result of her work with X-Rays.

Now, few people know her name. She, along with others such as Chargaff and Avery who contributed much to the discovery of the double helix, died without recognition.