In this video, we learnt about autosomal recessive inheritance, where an affected individual has a mutation in both genes of a pair.

If an individual has a mutation in only one gene of a pair, they are a healthy carrier of the condition.

Autosomal recessive inheritance may be suspected within a family if:

Autosomal recessive genetic conditions, whilst still rare, are more likely to occur in consanguineous families where both parents have at least one ancestor in common. 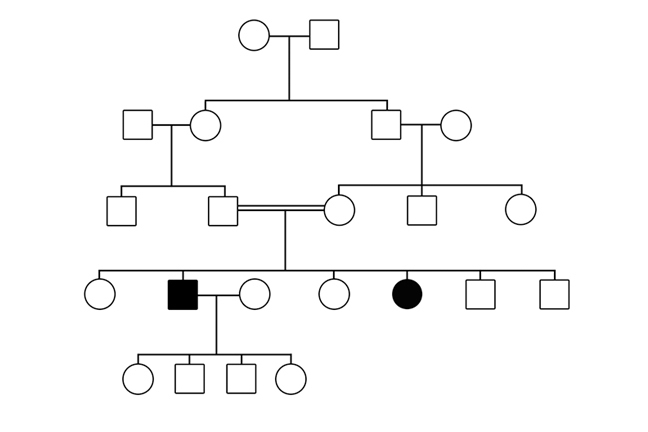 The most common autosomal recessive condition in Northern Europe is cystic fibrosis; a disorder that results in abnormally thick mucus secretions that primarily affects the lungs and digestive tract.

Do you know of other autosomal recessive conditions that are particularly prevalent in other ethnic groups?

The Cystic Fibrosis Foundation video Adding Tomorrows gives an insight into how people cope with, and manage from a young age, diseases which affect life and life expectancy.